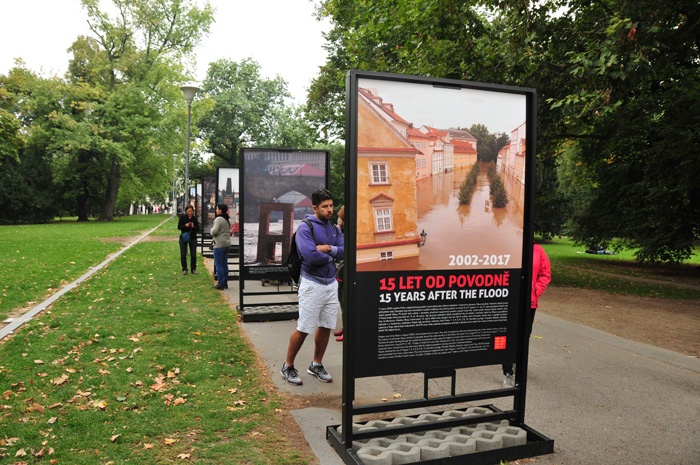 After the descent from the Hradčany through the really magnificent parkland, our path should lead towards Charles Bridge, with a stop over at the canals of the Prague "Little Venice", because we came across a quite interesting picture documentation on the Prague flood of the year 2002. 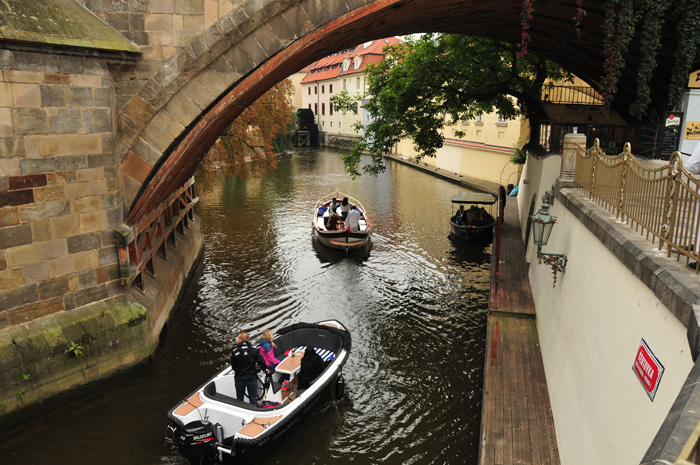 In the Czech Republic the precipitation began on 5th of August 2002. South Bohemia was first affected by heavy rain showers at the areas of Moldova, Lainsitz, Maltsch and Blanice, later by Beraun, Wottawa and Sasau. 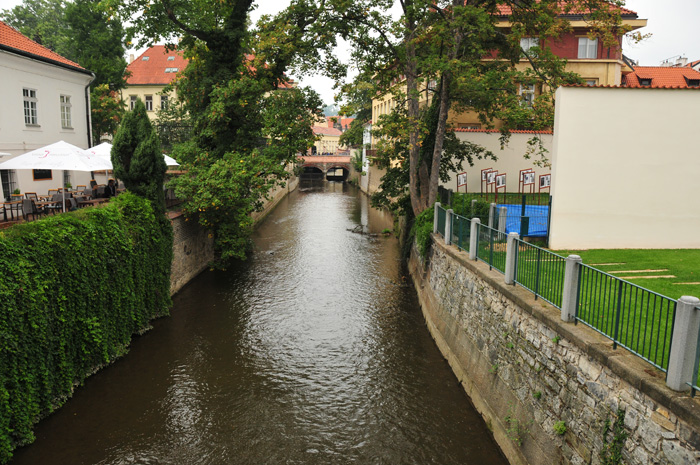 Since August 11, 2002, the water masses of Eger and Biela have been added in north-western Bohemia. Within nine days of August, rainfall of three months of the long-term average fell in the affected regions within days. 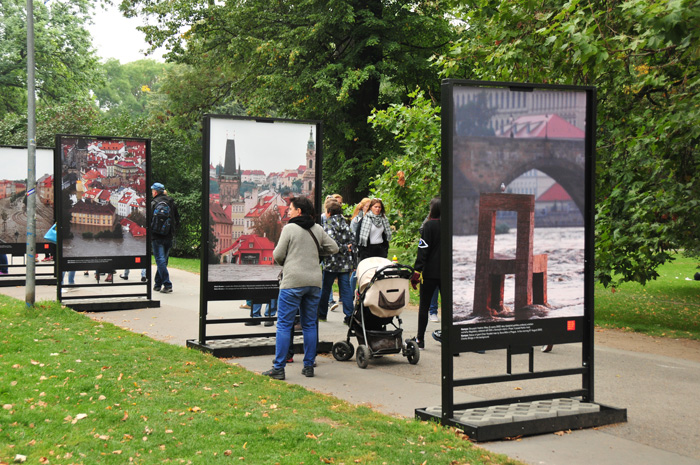 Already in the months of June and July, above-average rain had fallen and the storage capacity of the soils was exhausted. At first, numerous places were flooded in the flat area around Budweis, the resulting danger was underestimated. 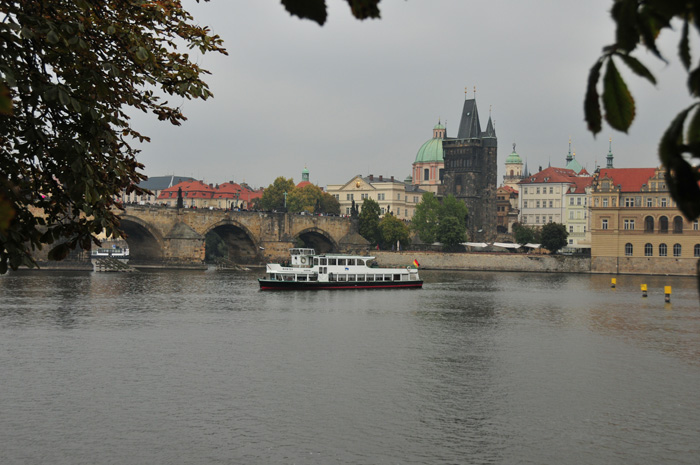 The dams of the Vltava, which had been filled to the brim, were supposed to have discharged about 1000 cubic meters per second, the later flood would possibly have been defused. At the beginning of the second week, the water level in Prague increased to seven meters. 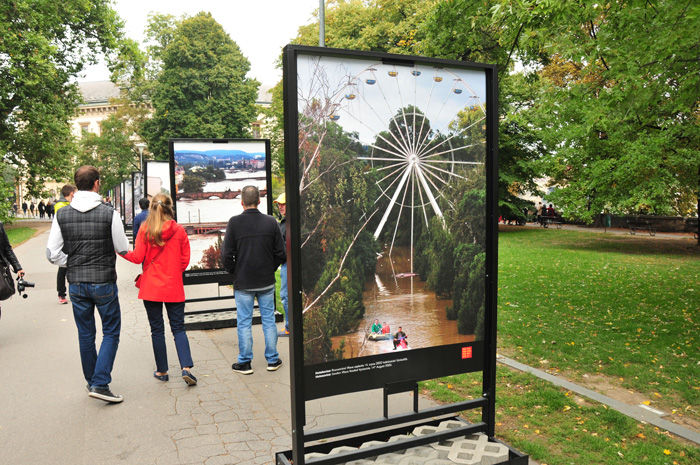 Now the overflows had to be opened. To the South Bohemian water masses from the Moldau with 3000 m³ / s another still 2000 m³ / s from the unregulated rivers Sasau and Beraun before Prague was added. 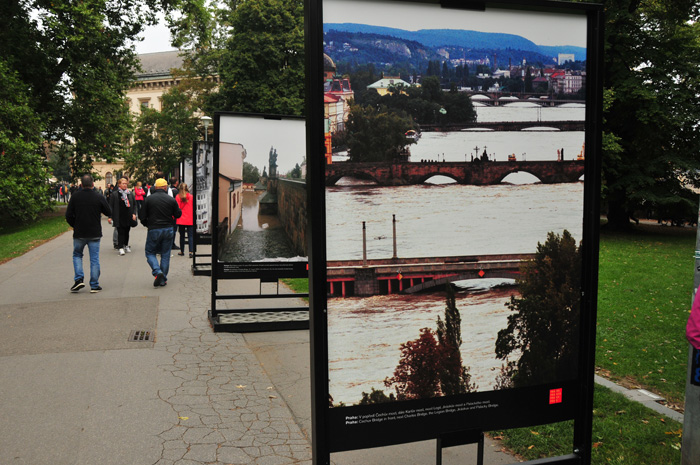 In Prague, the normal flow rate is 150 m³ / s, then an estimated 5300 m³ / s was reached. The flooding of the old town was prevented by barriers on the shores. 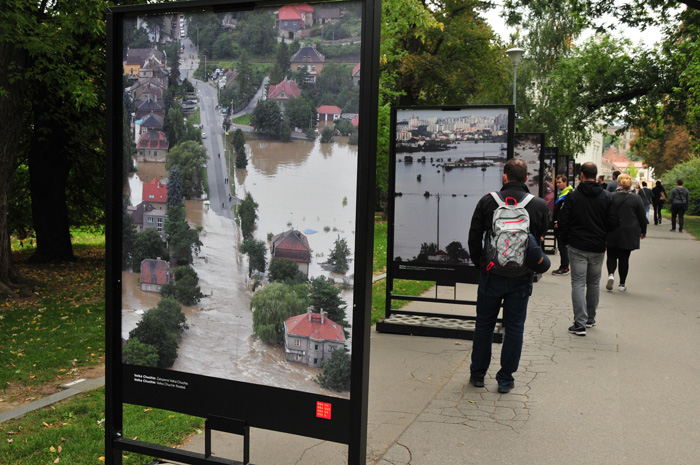 However, the subway stopped the operation. The district of Karlín had to be evacuated. At the confluence of Moldova and the Elbe near Mělník, the water masses could spread to the plain. 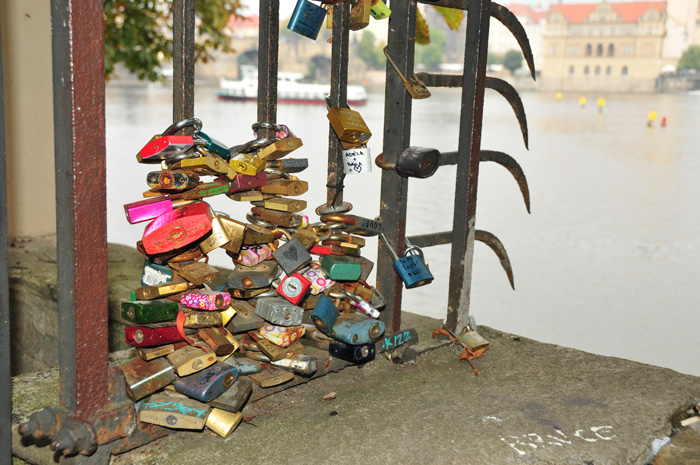 The village of Zálezlice near the mouth was destroyed by two-thirds. The water was dammed up at the lower part of the Bohemian Switzerland. The crossing to Germany takes place through the narrow Elbe Valley of the Elbe Sandstone Mountains. 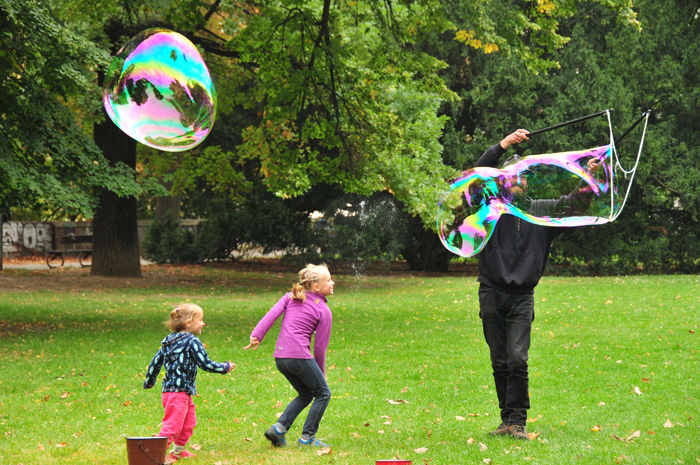 The peak in Ústí nad Labem (Aussig) was reached in the afternoon on 16th of August 2002. The water flow of the river Elbe exceeded the highest peak so far from 1845. The water volume in the Vltava exceeded the quantity of 1845 by about one-fifth. 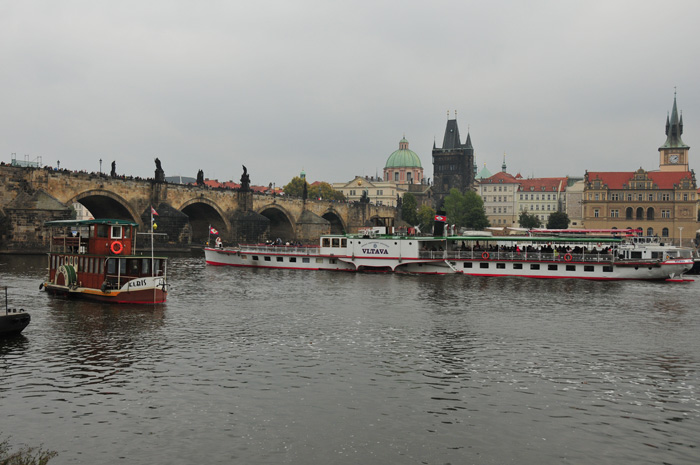