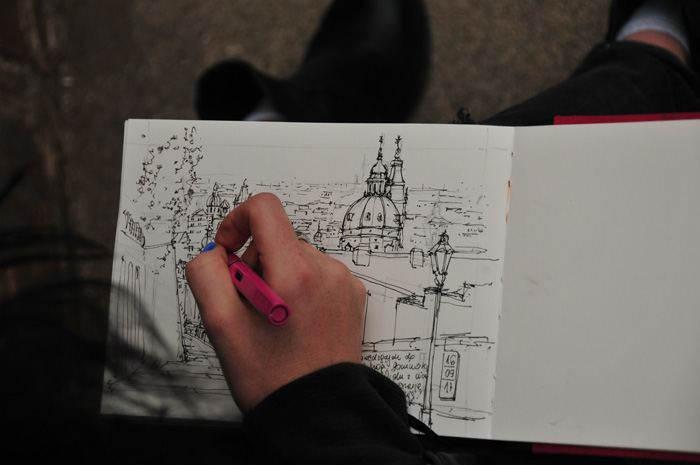 We were on the way up to the Hradschin, always impressed by the baroque buildings, which are currently used by many embassies today, here in the picture Albanian embassy, on the way to the castle. 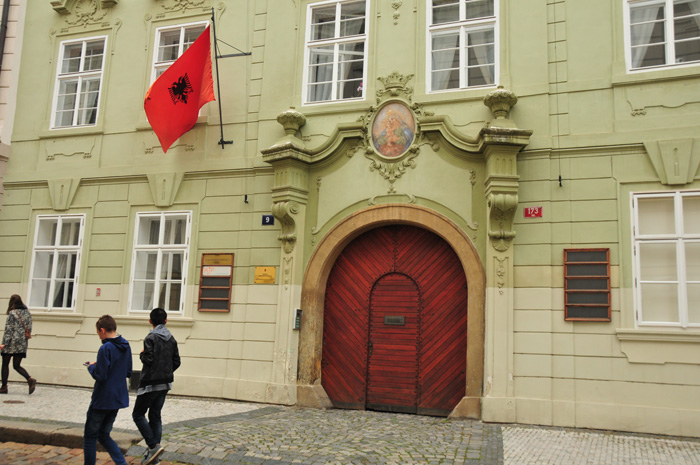 As is the case in many other cities, we are always watching for samples of street arts, which are also omnipresent in Prague. Here below the Karls Bridge, almost hidden in a corner, no matter how much you like it or not, it giving color to the streets. 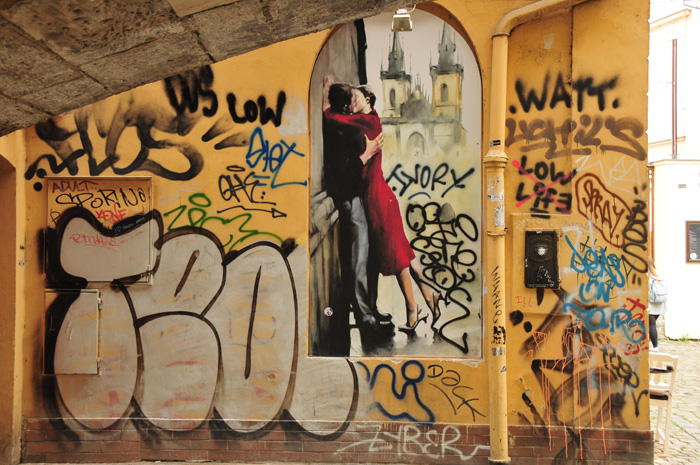 A little later, this motif, which is also used by tourists by posing accordingly next to it. 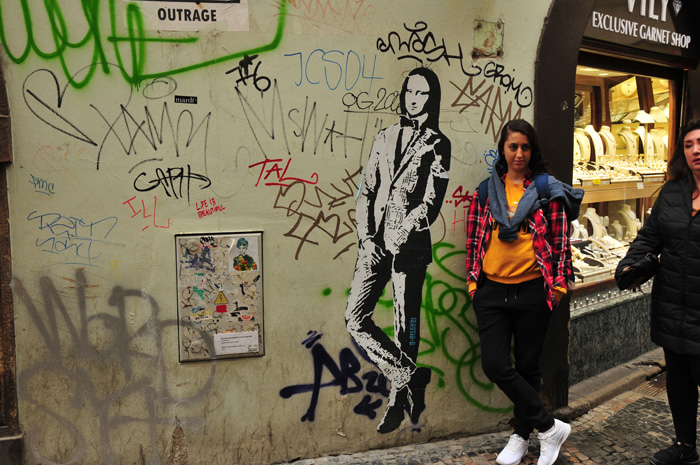 On the infinitely long staircase, it is getting clear how international today's tourism in Prague really is, only in a few places you will find a language tangle like here, ........ 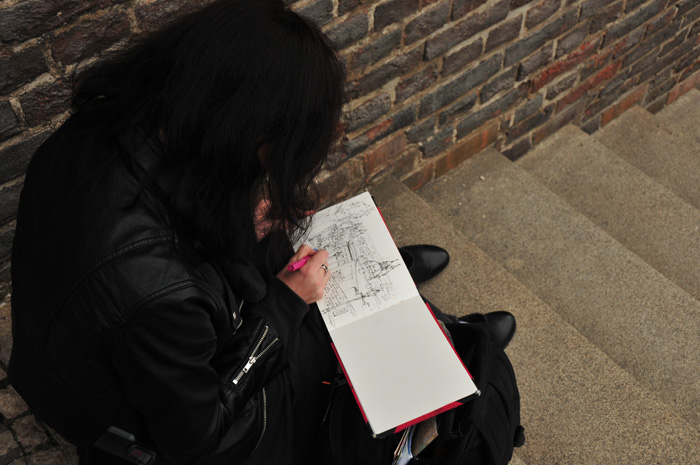 or even a deeply sunken person like this young woman, who surrenders to her "diary" in all the hustle and bustle. A special kind of documentation, as we should learn a little later. 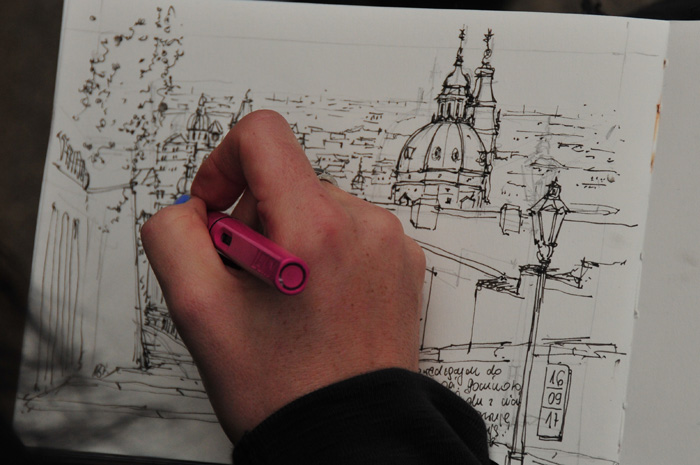 She sketches her impressions as snapshots into her diary, provides the entries with date (as you can see) and with some personal words, so that a personal memory remains. 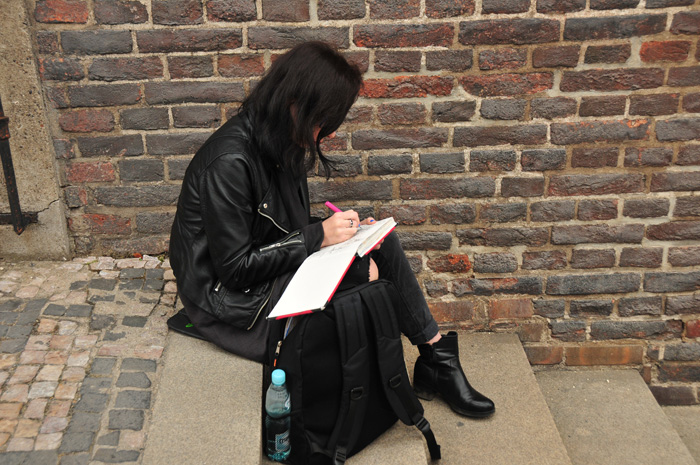 The question of professionalism is described simply with learning by doing, great, if one can thus create your own world of remembrance. 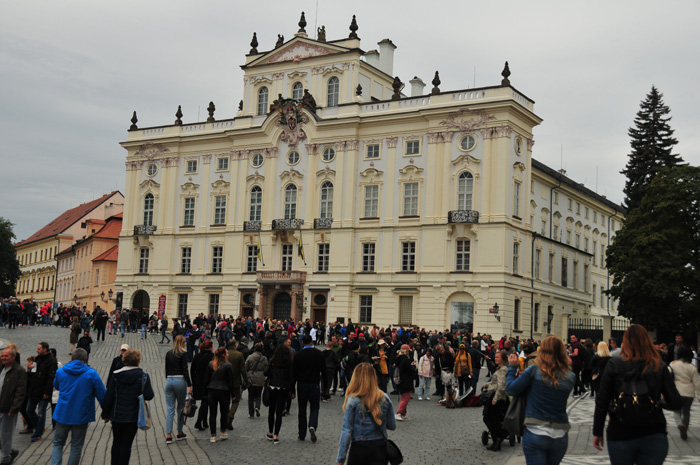 At least by the help of this picture, one can imagine the crowds on the Hradschin, one considers this accumulation of people. The Queue on the way was endless. 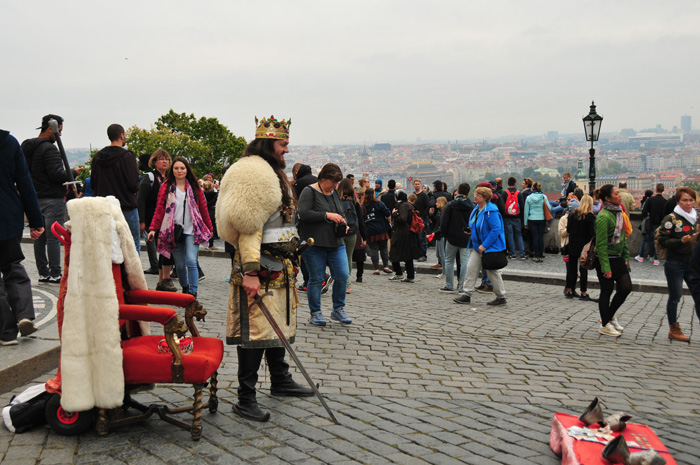 In addition to some chivalrously dressed persons, there were also some stalls, which contributed to the culinary desires of the visitors. 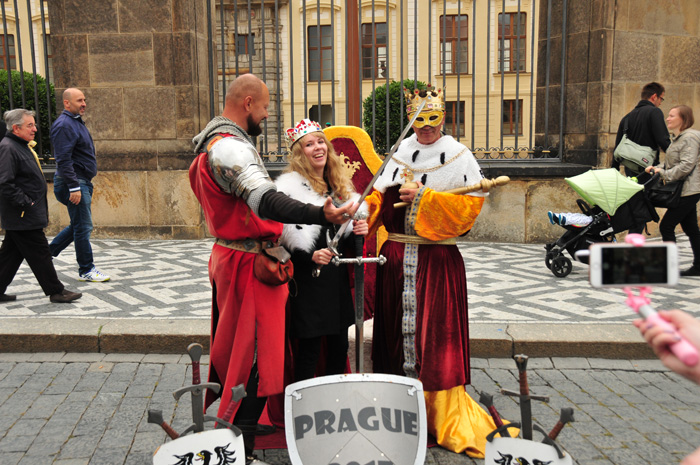 Of course, the tourist photo in the group should not be missing, so at least the idea of the royal parade in this picture, quickly the costumes were laid out. We went on towards Hradschin Gardens.

Progue - further destination of our camper-route.de on the way to South

Passing green belt to Hradschin on the way to German Embassy