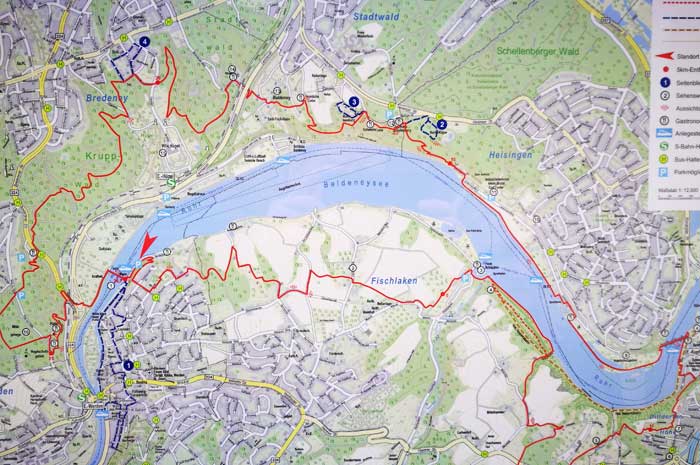 Actually, we are not very attracted to densely populated areas, but sometimes secret dreams and longing come true in such places, which were not to be expected. 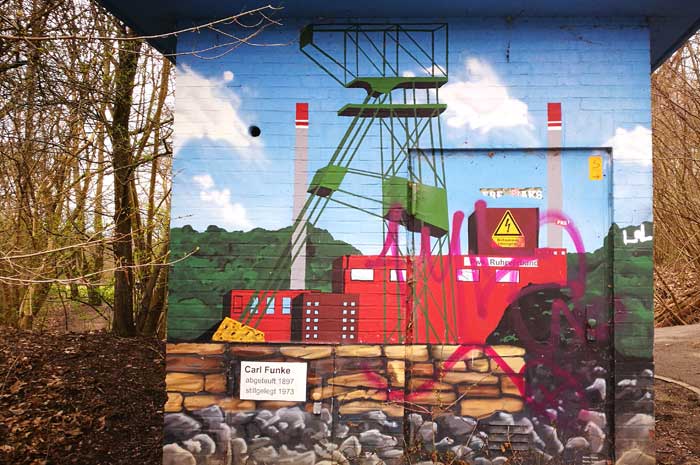 A stopover in Essen had opened the opportunity to take this long walk around Lake Baldeney, which was supposed to surprise us with an interesting mixture of nature, industry and idyll. And not only with these. 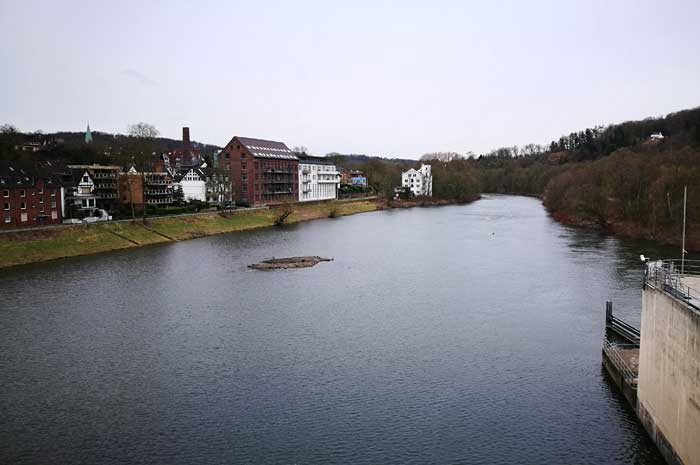 The Baldeney lake is the largest of the six Ruhr reservoirs in the south of the city of Essen. It had been built as a settling reservoir for suspended matter, because the broadening and by that resulting reduced flow allowed the Ruhr to purify itself naturally by sedimentation and removal of contaminants by microorganisms. 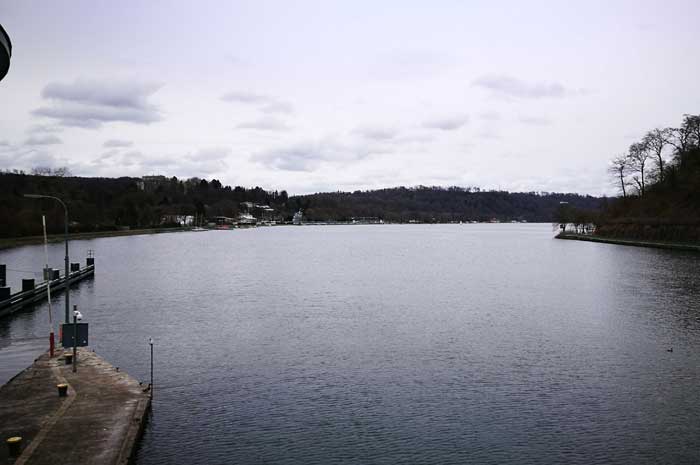 The Baldeney lake today serves, among other things, for water sports and as a recreational area. The ships of the White Fleet operate in the summer months according to timetable between the weir in Werden and the former railway bridge, today pedestrian bridge that connects Heisingen with Kupferdreh. 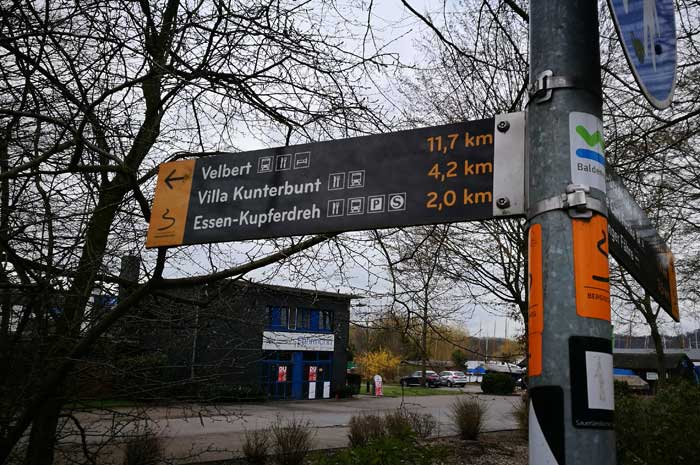 One pier is located below the Villa Hügel, another on the southern shore at Haus Scheppen, a former aristocratic fiefdom from the 13th century, which today houses a motorbike club, a campsite and a marina. 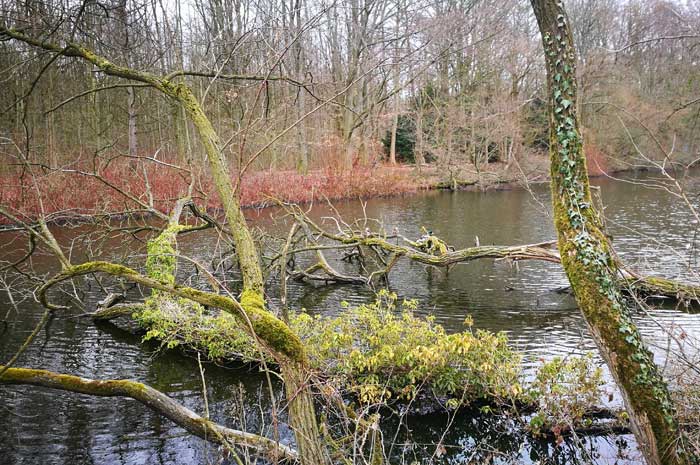 On the shores of Lake Baldeney in Heisingen lies the Heisinger Bogen bird sanctuary, which serves as a breeding ground for grebes, cormorants, herons and other endangered birds. 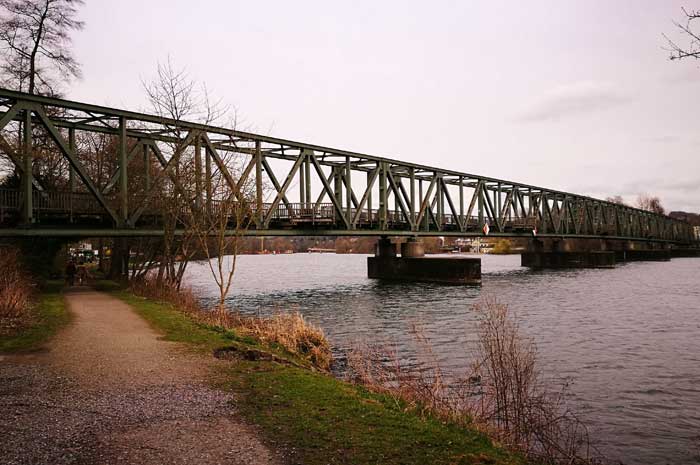 As Seaside Beach Club invites the former outdoor pool on the north shore with sandy beach, palm trees, meadows, beach volleyball fields, a surfing school and cocktail bar. Swimming in the Baldeney lake was banned because of the European quality standards for bathing water; however, in May 2017, it was allowed again in connection with the Green Capital.