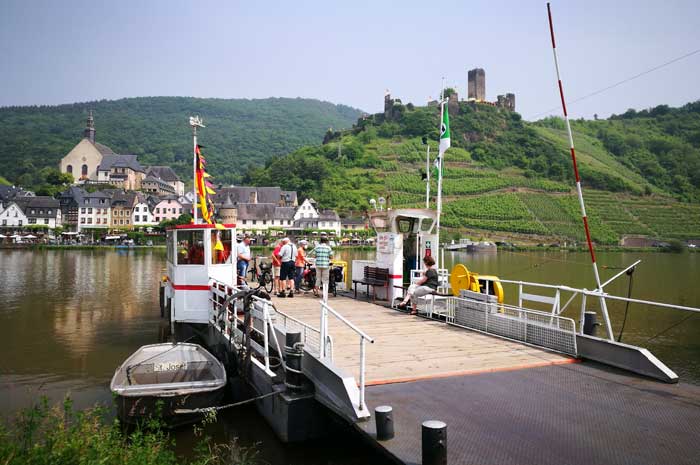 Once again on exploration tour, the way from Adenau next to the Nordschleife of the Nürburgring should bring us down into the Moselle valley, where we first arrived in Cochem famous for its well-known castle complex, which today was dipped with fog.

Seen from above, the river valley looked very foggy and milky hazy, so at least the first impression at the sight of the castle appeared, so that we followed the street down a bit skeptical. The closer we got into the city of Cochem, the more it cleared up. 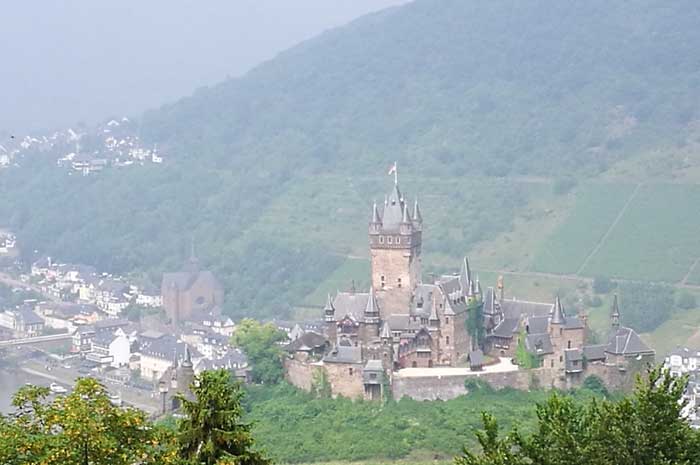 However, today Cochem was not the destination, because we wanted to continue upstream in the direction of Trier, when we came to Beilstein where there is the ferry across Moselle river to the Carmelite Church of St. Joseph, which aroused our special interest. 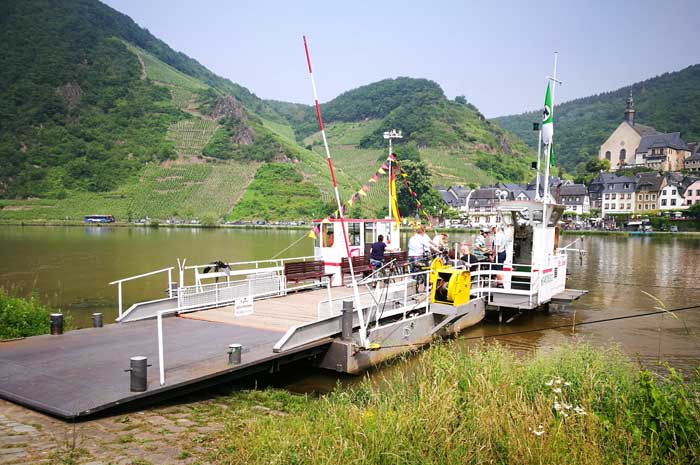 The Carmelite Church of St. Joseph in Beilstein was built at the end of the 17th and the beginning of the 18th century in Baroque style. Since the secularisation of the Carmelite convent, St. Joseph consecrated church was being used as a parish church. The church has a statue of Mary from the 12./13. Century, which is revered as Black Madonna of Beilstein and probably origins from Spain. 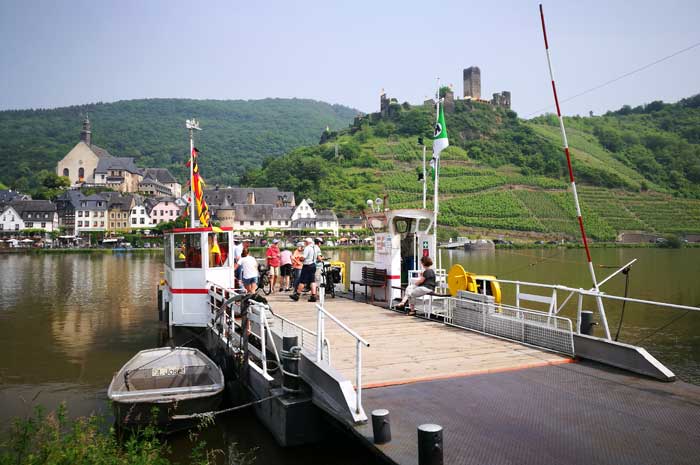 For the year 1311 a first church below the castle is mentioned in Beilstein, which was initially subordinated to the parish Ellenz. The hall church, built of plastered quarry stone, is covered by a pitched roof, which is crowned by a simple ridge turret. 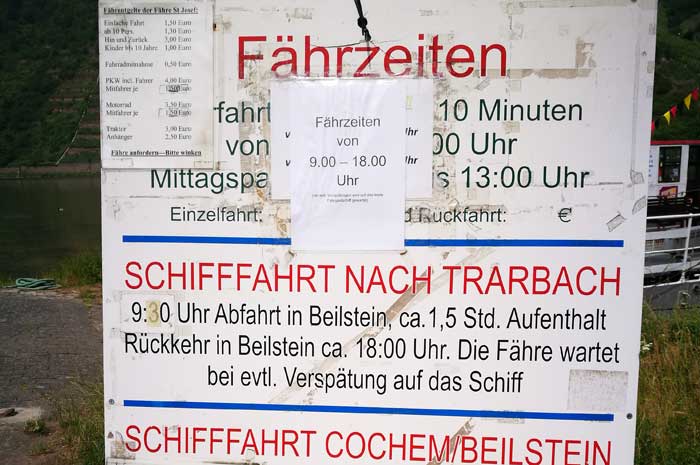 The castle ruins also aroused our interest, which is why we spontaneously decided to undertake an upcoming tour to the Moselle by bicycle along the Mosel cycle path, which can be driven from Metz in France via Trier to Koblenz at the Rhine for 311 kilometers. 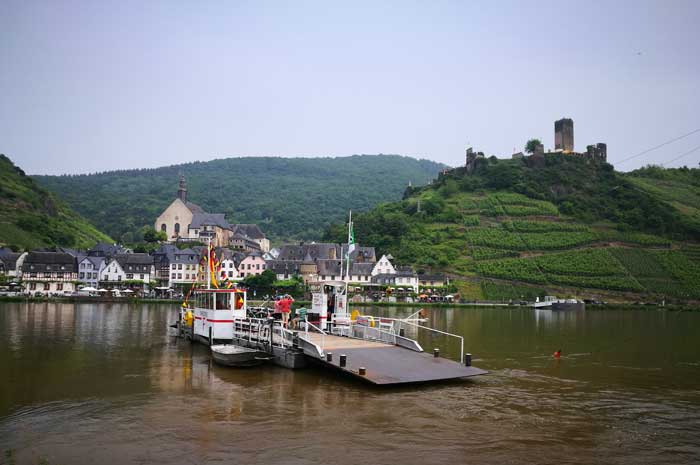 Between Koblenz and Trier, large parts of the bike route are away from car noise and exhaust fumes on the former route of the Moselle Valley Railway, very inviting, we could also observe some cyclists who took the small ferry to the passage to the Carmelite Church of St. Joseph or to continue up to the castle. 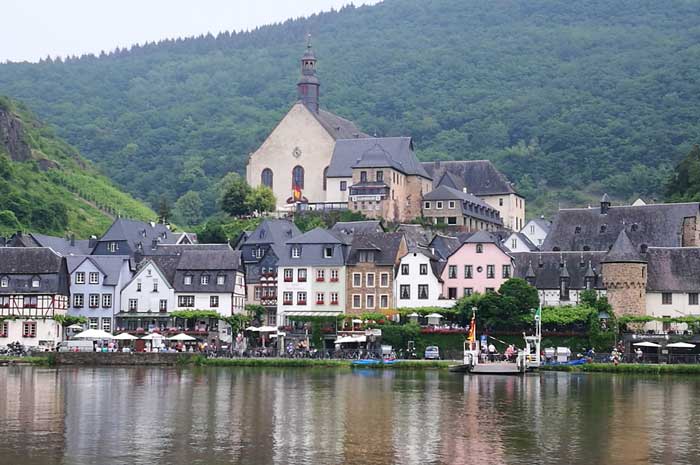