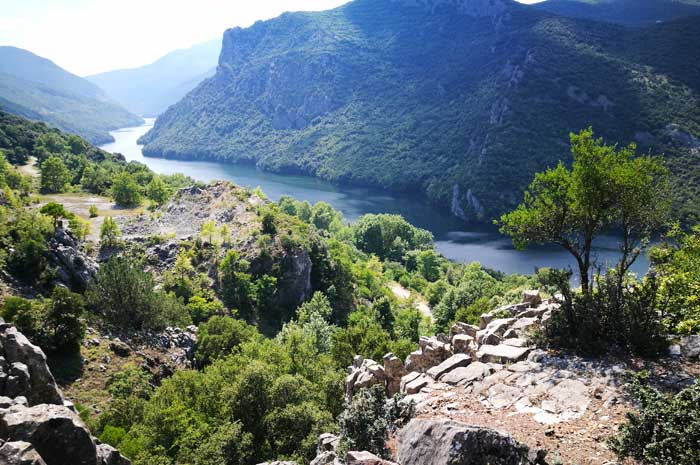 Once again we had visited the really interesting museum with the grave tomb of Philip II in Vergina on the way to Camping Vrachos at Meteora monasteries and then spontaneously decided not to continue on the highway towards Kalambaka. 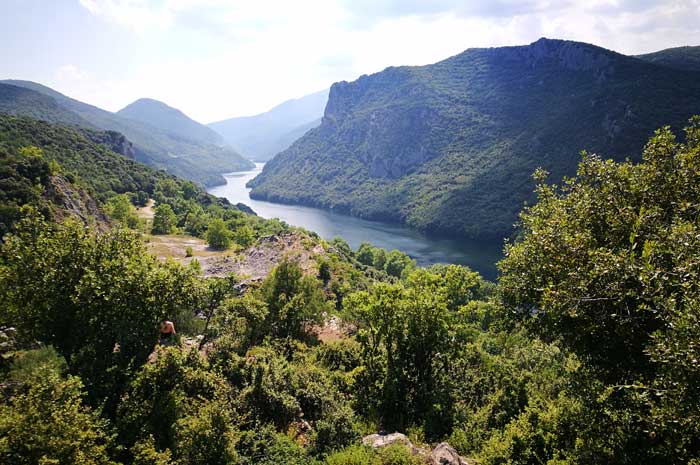 Although a certain detour and sometimes quite curvy, not to mention provided with some violent serpentine bends, the selected route from Metochi Prodomu in the direction of Sfikia along the Sfikia reservoir is a beautiful alternative route to the highway. 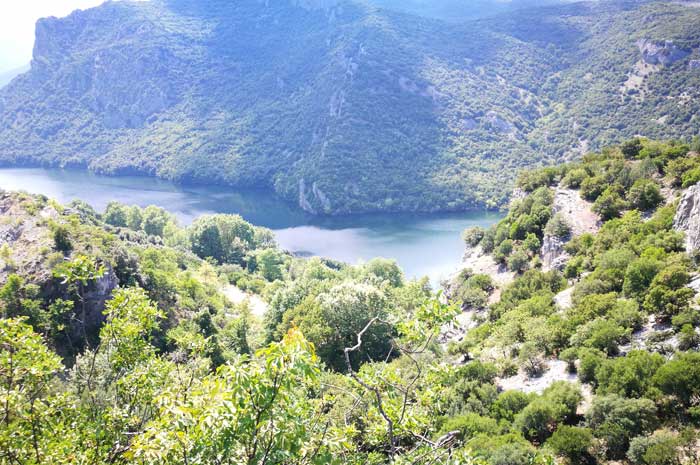 The Sfikia Reservoir is used in two stages of power generation, which is dammed in the valley of the longest river in Greece, the Aliakmos. The river rises in the Voio, a part of the Northern Pindos Mountains in northern Greece, on the border with Albania. 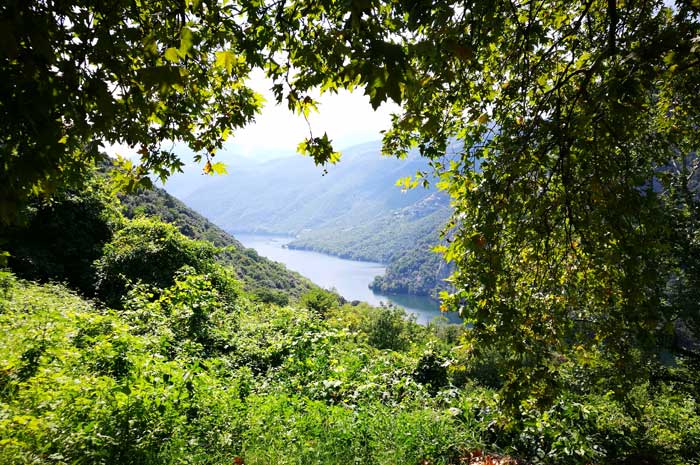 The Aliakmos, after all about 297 kilometers long, flows first southeast, then northeast through the administrative regions of Western and Central Macedonia by the lake, which is called Polyfytos too and finally running into the Thermaic Gulf. 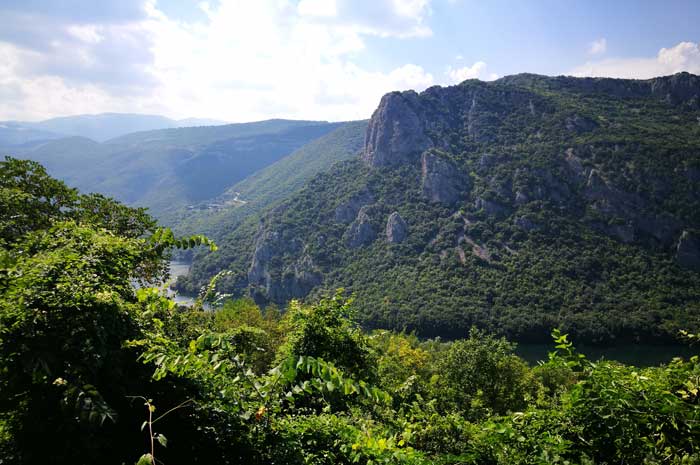 In antiquity, Ptolemy called the mountain range where the river rises (today northern Pindos), Canavolii. Julius Caesar reported that the Aliákmonas formed the borderline between Macedonia and Thessaly. 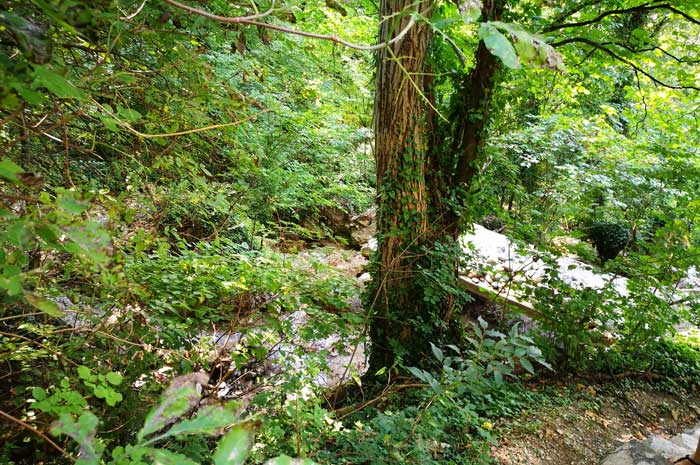 The river irrigated the Elimiotis region and then formed the border between Pieria, Eordaea and Imathia. At the time of Herodotus, the river Loudias flowed into the Aliákmonas, but today the Loudias flows directly into the Aegean Sea. 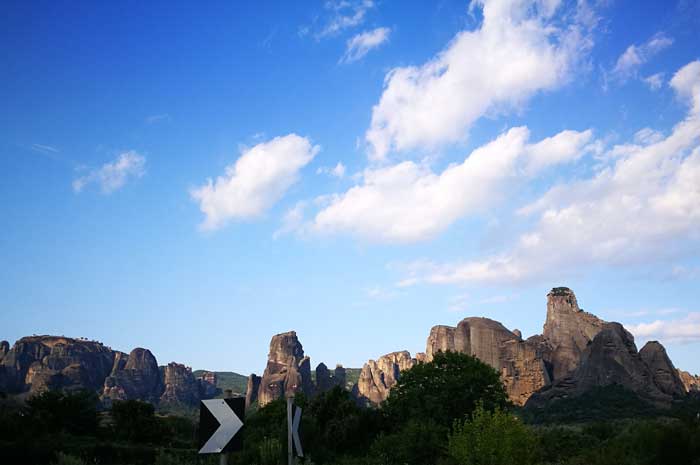 The Aliakmonas irrigates a vast area and is therefore very important for the agriculture of the region, mainly fruit, vegetable and also wine growing, which we realized along the way again and again. 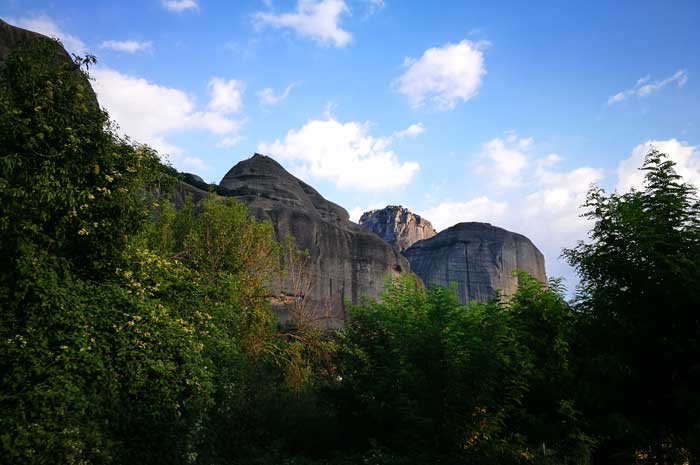 Thus, in the sense of the word, the figs on the roadside grew through the open window into the vehicle. A somewhat exhausting journey, which was completed by the beautiful landscape and in the evening by a romantic meal in Camping Vrachos. 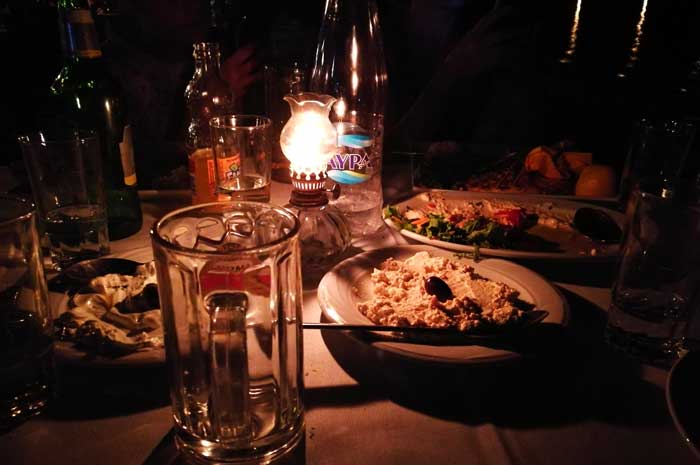