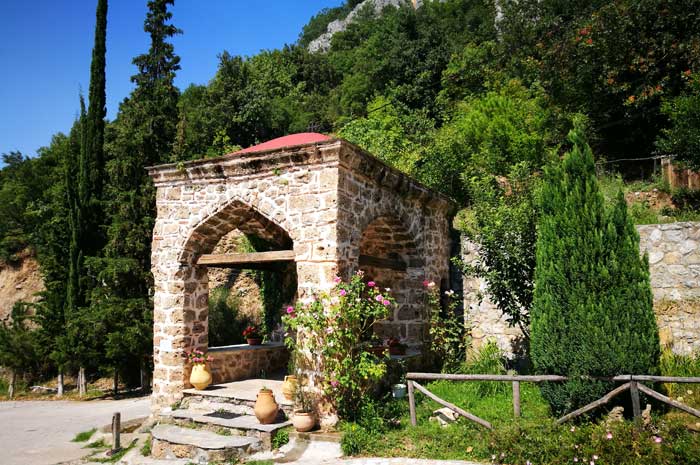 There are couple of monasteries of the same name, the Greek´s most famous John the Baptist Monastery still is Moni Timiou Prodromou on the steep flank of the Lousios Gorge, so it must be first to mention, if you talk about most lovely surrounding. 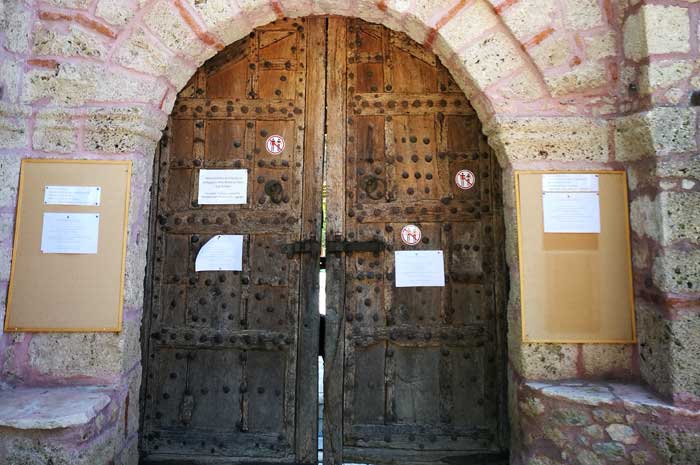 So, at first we were a bit surprised that on the way to Meteora we came across the signboard of a monastery of the same name in the region of Vergina, but after deciding to take the road through the mountains along the Aliakmos, we followed these signs. 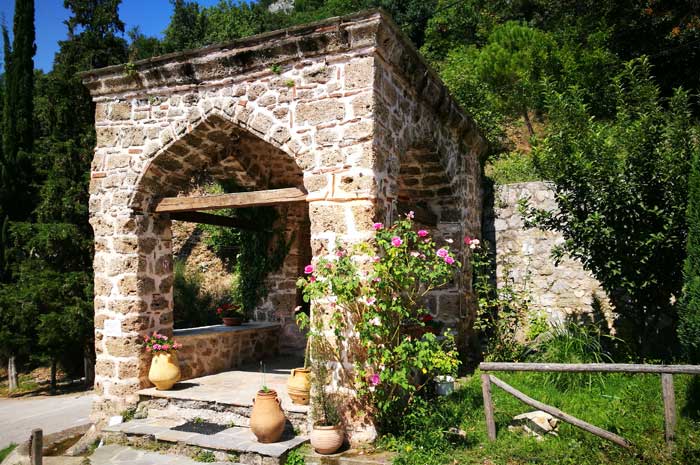 Again and again enjoying the view of the Aliakmos reservoir, we followed the serpentine road up to a large open space, which formed the forecourt to the monastery. And ..... a little later, it was clear that we were in a dead end. 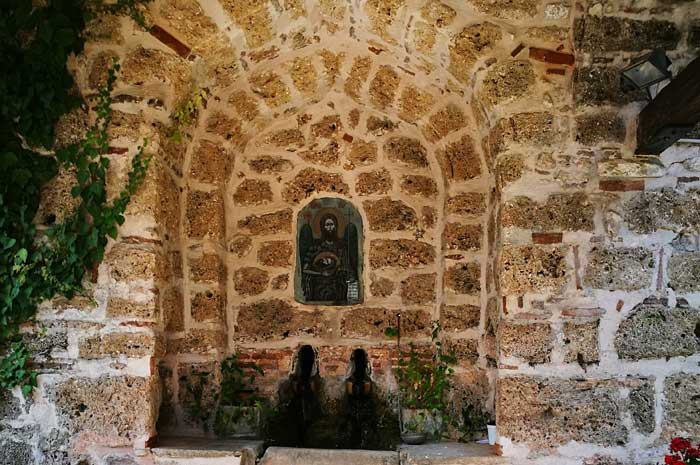 A small stone source, opposite a multi-storey monastery building, pointed the visitors in a multilingual sign to the dress code: no shorts and sleeveless shirts, same as in Meteora. 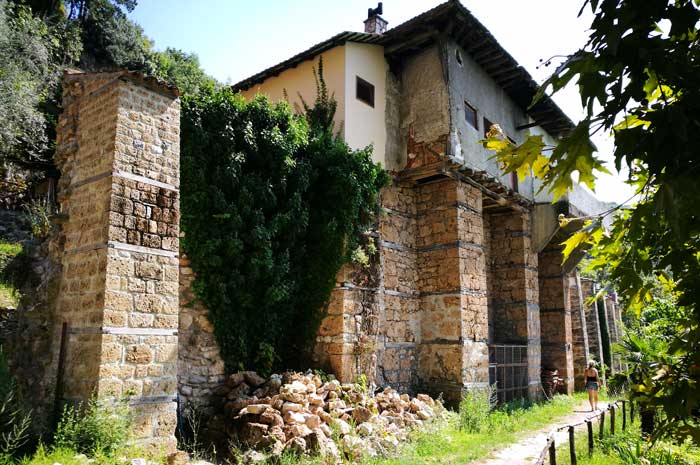 As is often the case with monasteries in an exhilaratingly beautiful landscape, in this case high above the Aliakmos River, it quickly became clear that, despite the desire to change clothes, it was not possible to visit the interior due to the renovation work at the moment. 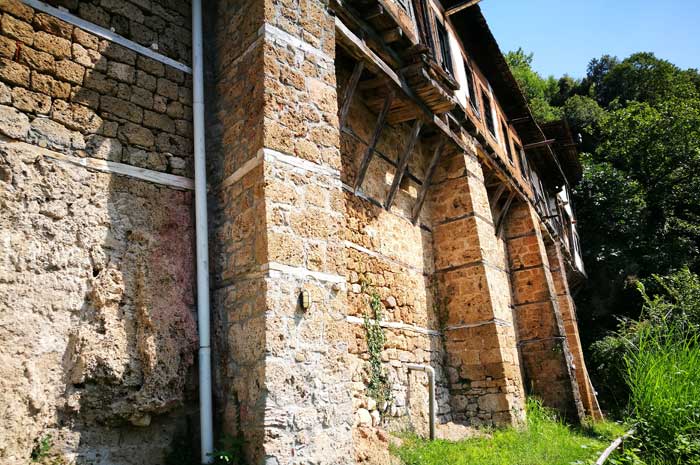 So we followed a narrow path along the monastery walls, along parts of the building that needed renovation, until we heard the sound of a waterfall. 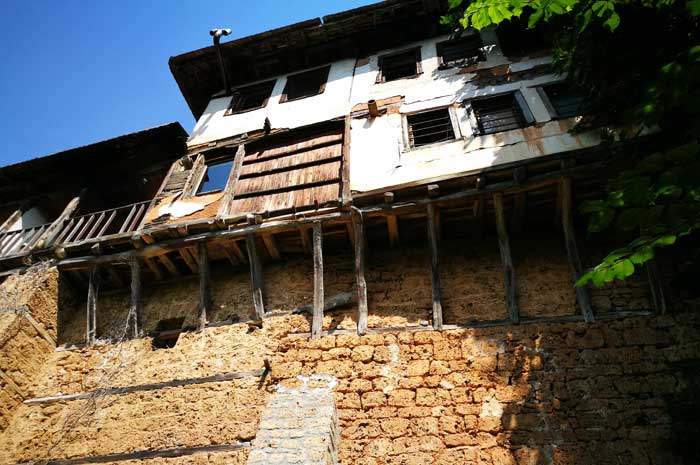 Now our exploration urge was finally awakened, especially as dense deciduous forest began, into which the path led into. A little further down there was a stone bridge, behind it the path led up to the waterfall. 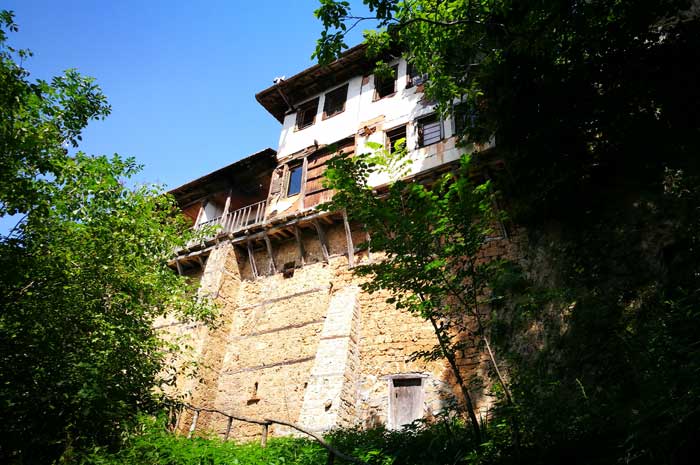 Further up we noticed something like a man-made cave, as our research revealed a little later, a former hermitage probably from the time before the monastery was built. 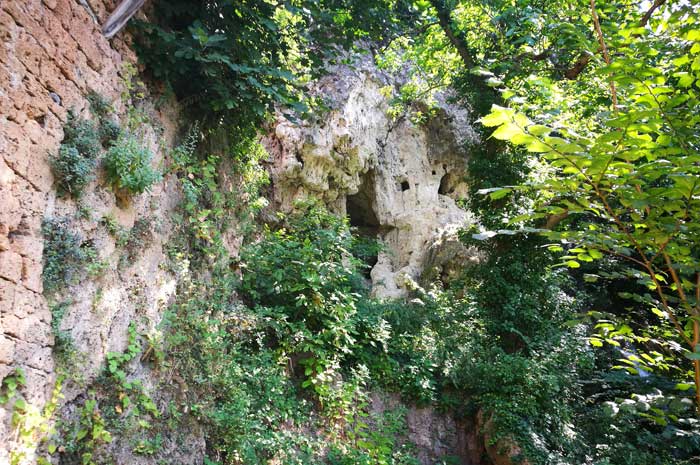 The view down to the Aliakmos and the partly steep rock walls surrounding the valley, behind us the monastery, it was simply dreamlike, so this road despite the impasse is worthwhile as a stopover. 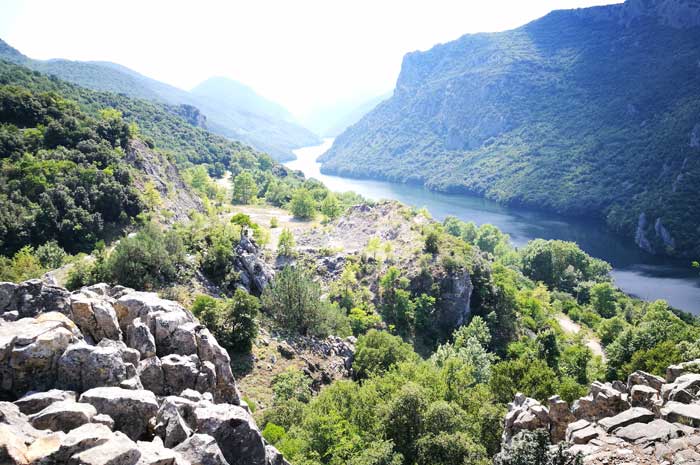 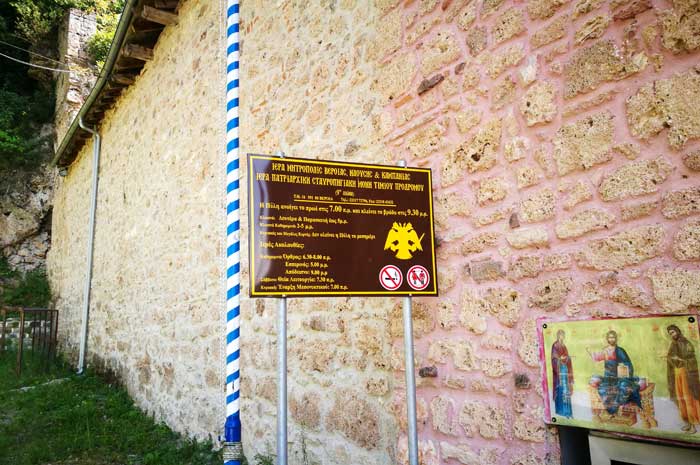