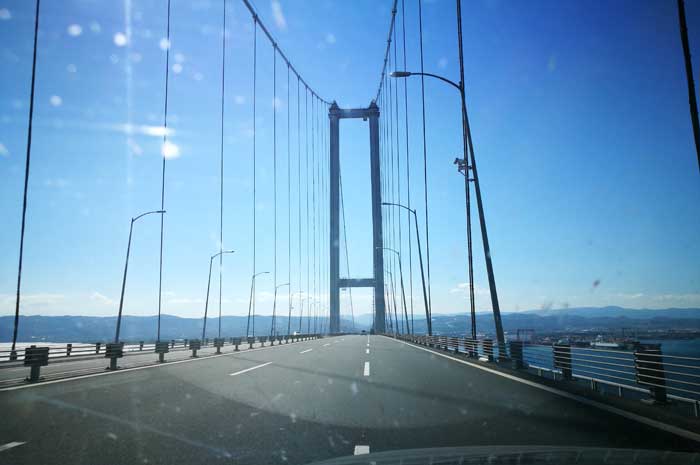 After our briefing on setting up a camper stop in Istanbul, the shortest route for going to Antalya, which we were recommended to use, was a route passing the relatively new Osman Gazi bridge. 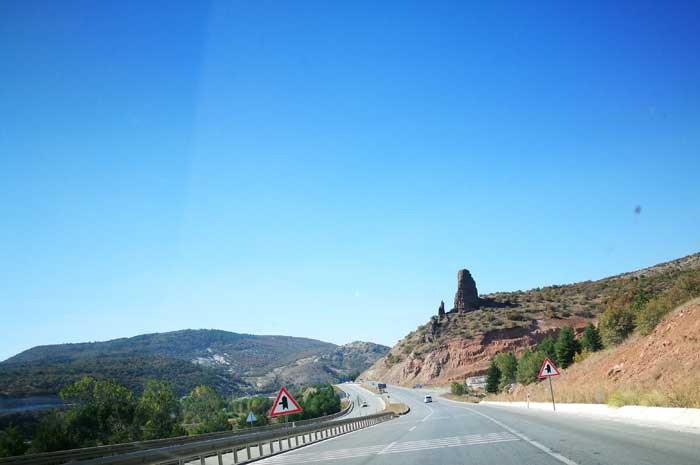 The Osman Gazi Bridge (Turkish Osman Gazi Köprüsü) is an imposing suspension bridge that leads the six-lane highway from Istanbul to Izmir between the towns of Dilovası and Altınova across the Gulf of İzmit. It is today the fourth largest suspension bridge in the world and saves the more than 80 km long bypass of the bay, which takes more then an hour by car even with light traffic. 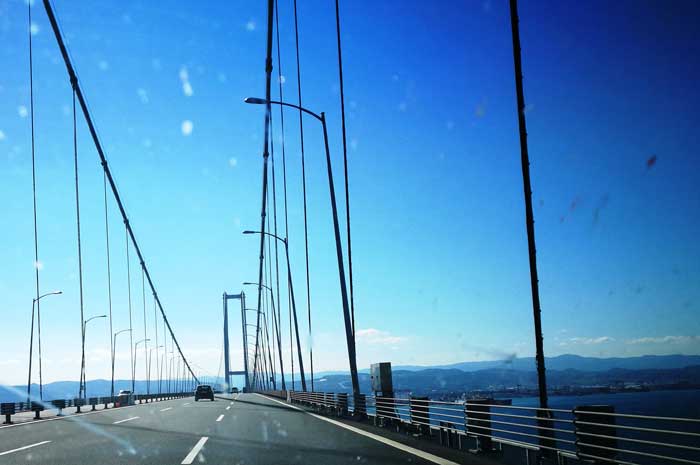 The bridge was internationally known during the planning and execution phase as Izmit Bay Bridge or Izmit Bay Suspension Bridge. At the inauguration on April 21, 2016, it was named after Osman I. Gazi (1258-1326), the founder of the Ottoman dynasty and the Ottoman Empire. 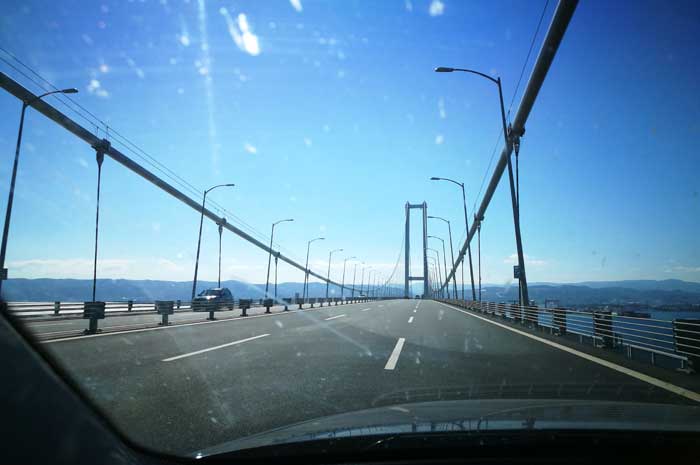 The bridge was opened to traffic on 1st of July 2016. However, some work that does not greatly affect traffic (especially cleaning up) was not finished at the time and should be completed after the opening. The bridge was toll-free on the occasion of the opening and the sugar festival in the first days. 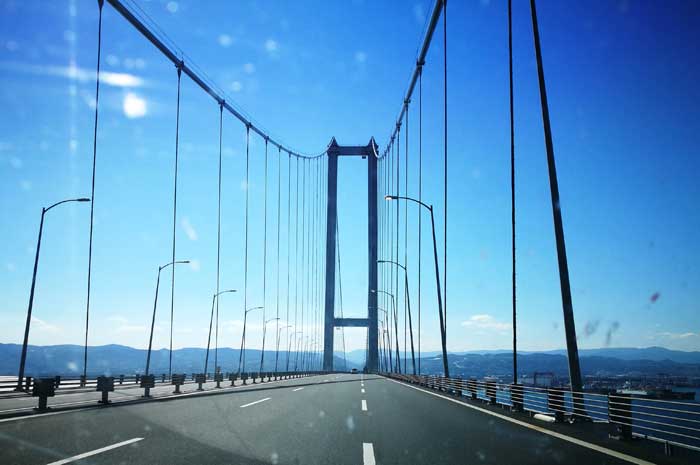 The Osman Gazi Bridge has a main opening with a span of 1,550 m and two side openings of 566 m, together 2,682 m. Its two support cables are guided at the outer ends of the side openings over the local V-shaped pillar through the outer edges of the roadway carrier to the anchor blocks that protrude only a few meters from the ground. 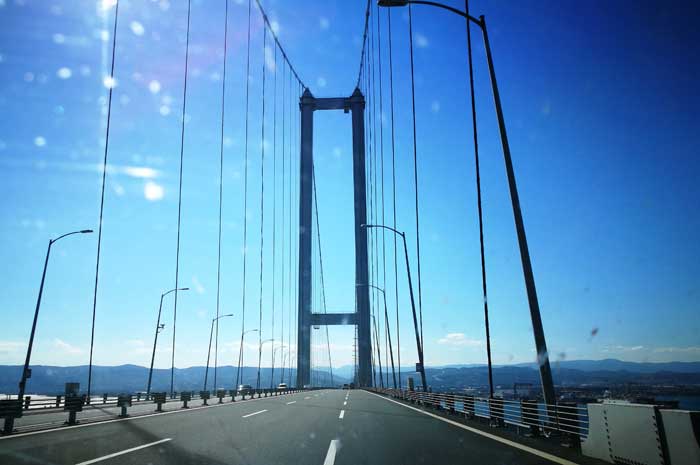 The steel pylons have a height of 241.85 m above their concrete base and a rectangular hollow cross-section. They are slightly inclined to each other, their center distance tapers from 36.2 m at the base to 30.1 m at the top. They are only stiffened at half height and below the tips by cross members. 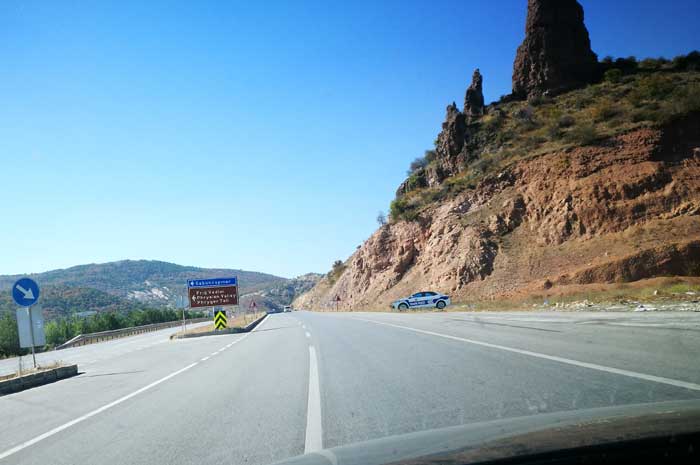 The bridge stands in the area of the North Anatolian Fault between the westward moving Anatolian Plate and the Eurasian Plate. This movement leads to frequent earthquakes, whose epicenter moved in the course of the 20th century from eastern Anatolia to the west to the Gulf of İzmit and in 1999 led to the violent earthquake of Gölcük. It is expected that the epi centers will continue to move westward in the future. 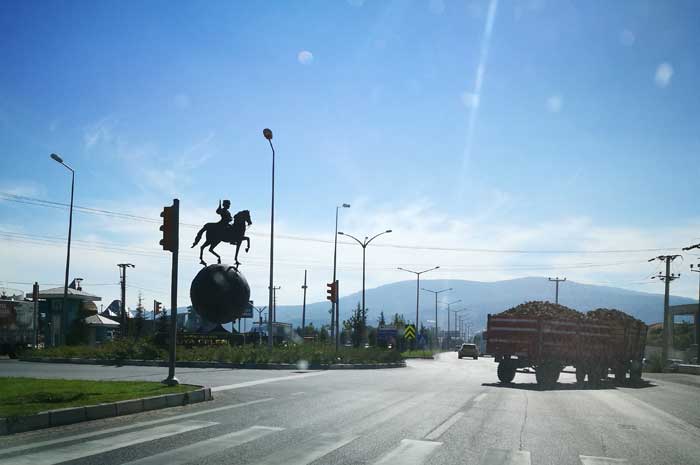 We have 590 guests and no members online