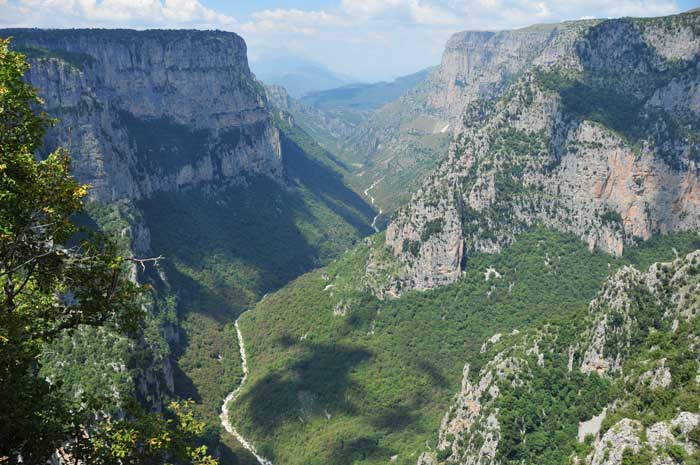 We had continued our walk through the Pindos Mountains and had risen up to an inn, which also offers guest beds for hikers in Astraka. Up until here you can get by using serpentine roads by car. 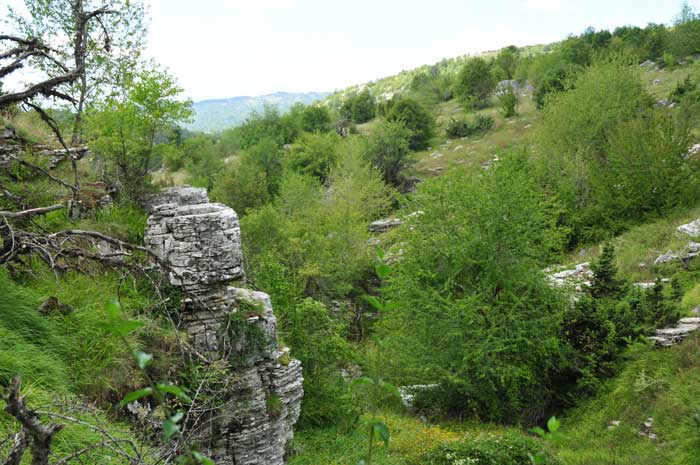 A well-signposted footpath then leads through a parking lot, which is sometimes used by campers, to the viewpoints above the Vikos Gorge, which should be our destination for the afternoon. 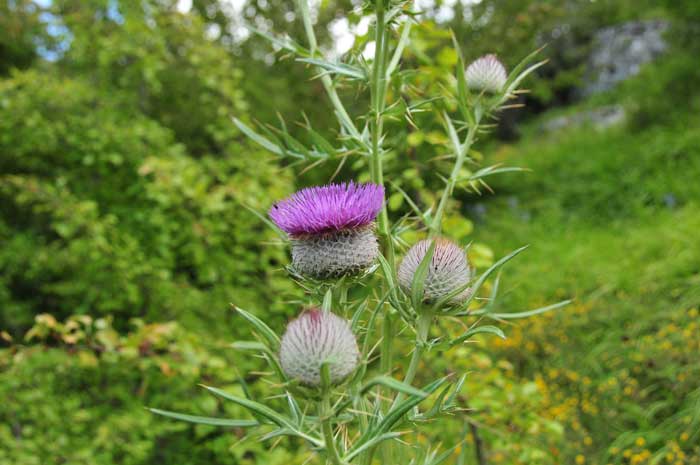 Passing by really untouched nature, we went further up on narrow hiking trails on the high pasture past blooming thistles and flat woodland. 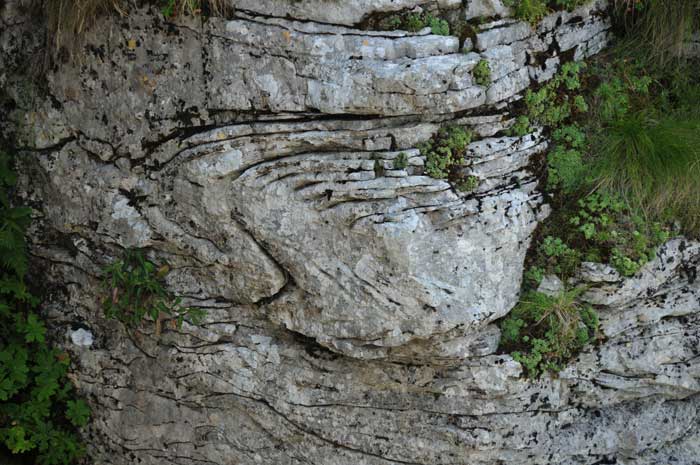 Sometimes there were craggy cliffs between the trees that betrayed clear traces of the origins of the Pindos Mountains - volcanic lava rock had piled up the stone layers. 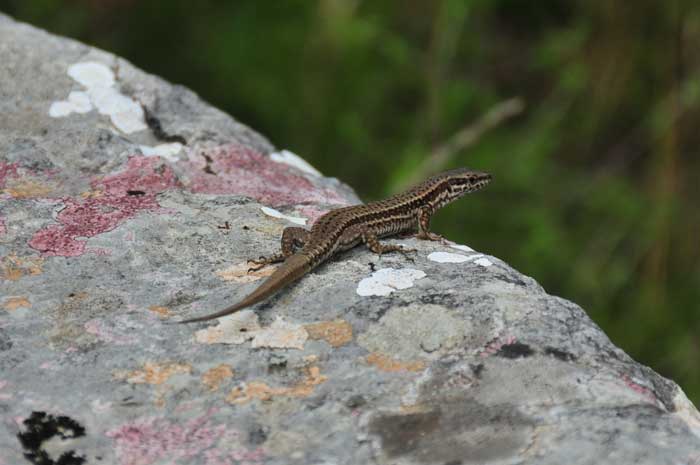 A lizard eyed us curiously but showed no timidity. 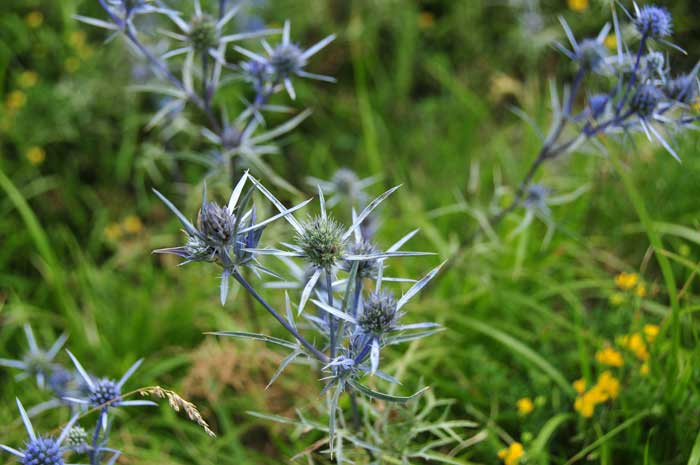 Then a blue thistle, which we suddenly encountered. 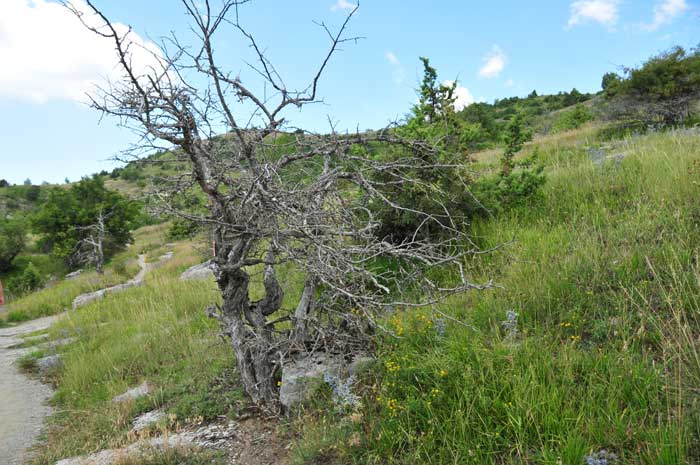 Again, and again dead wood, which could not escape the barren soil due to not enough nutrients. 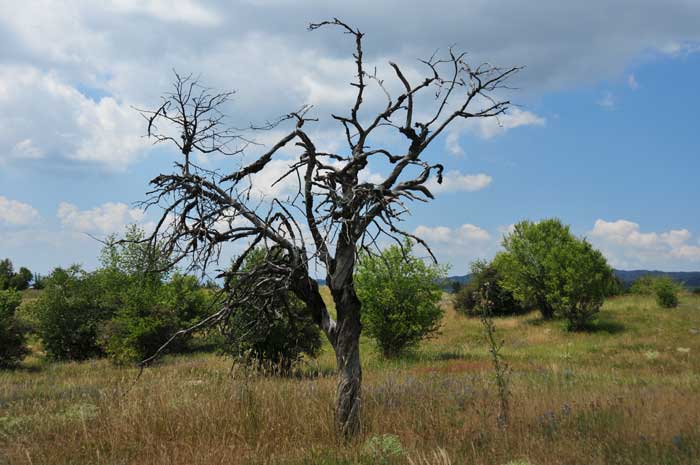 Just flat grass land, so our impression so far, but suddenly ...... 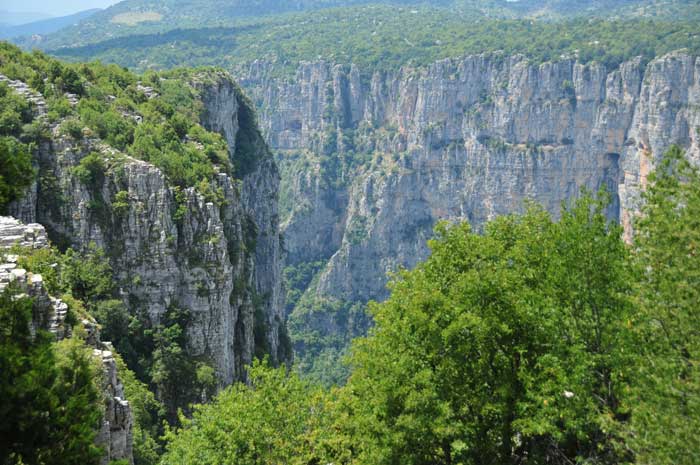 Then we are suddenly at our destination: the Vikos Gorge. A majestic view down into the gorge, which is probably one of the most magnificent views 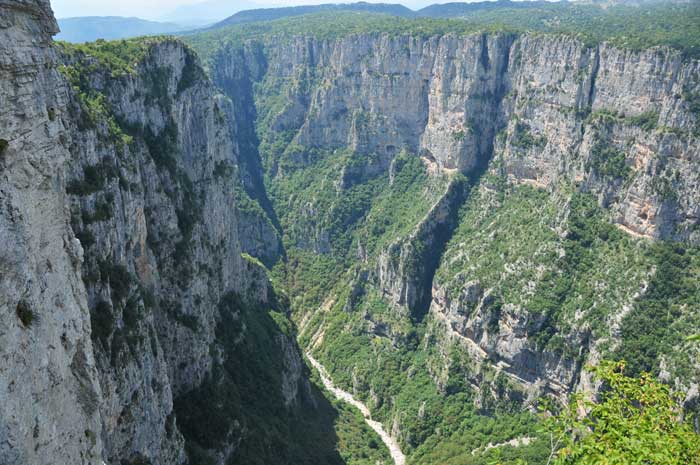 Nearly one thousand meter deep: the Vikos Gorge. A beautiful view from the top. 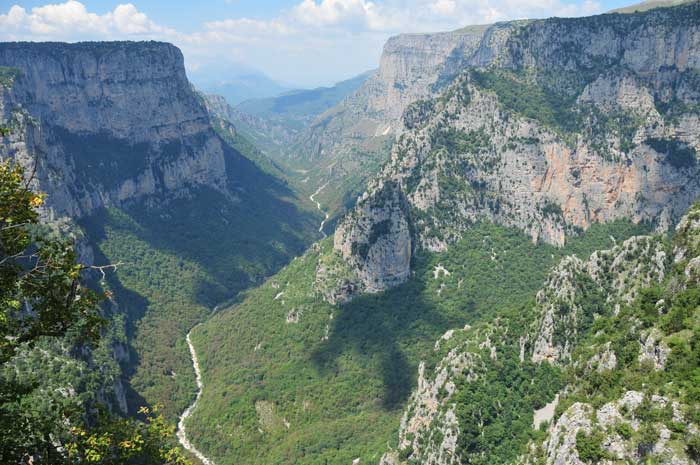 In the back, you can already notice the high mountains of Albania.