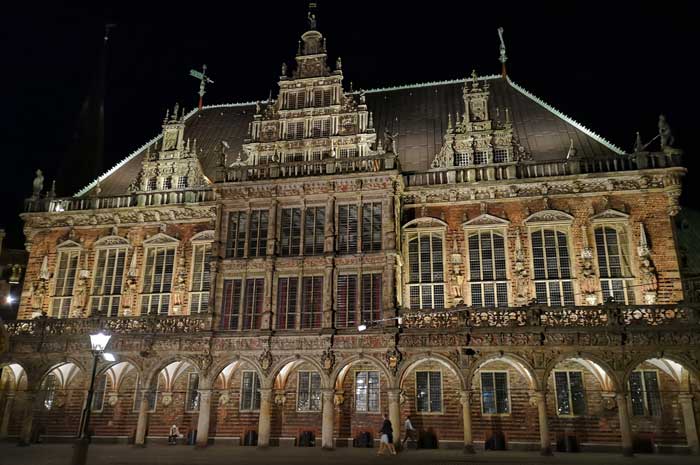 Once again it had moved us to Bremen, this time the reason of our visit was a removal within the family. An opportunity for an evening walk through the world-famous Böttcherstraße to the town hall. 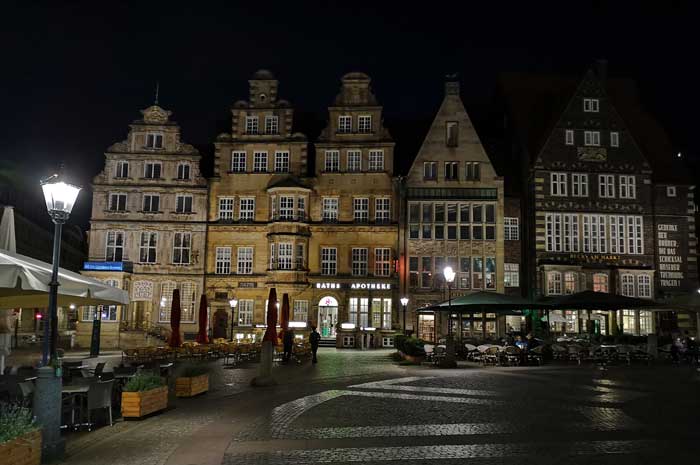 The Bremen Town Hall is located in the middle of Bremen's old town on the northeast side of the famous marketplace, a must for every Bremen tourist. Opposite on its southwest side is the Schütting and on the southeast side the modern house of the Bremen citizenship. 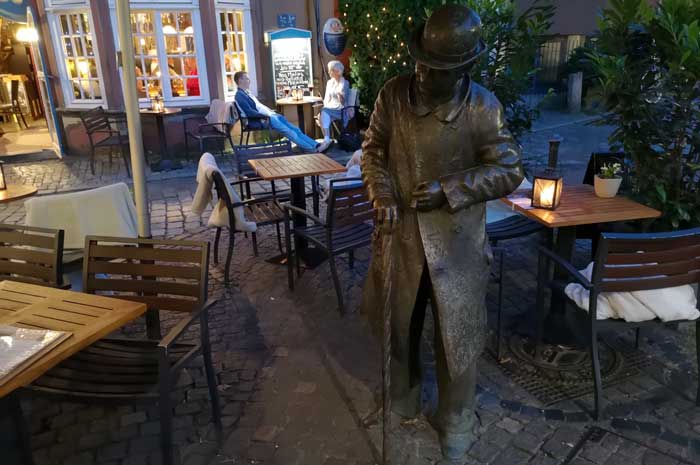 The towers of the cathedral rise southeast of the town hall. North, separated only by the street Schoppensteel, stands the Church of Our Lady. In the angle between the town hall and the church and around it extends the Liebfrauenkirchhof. 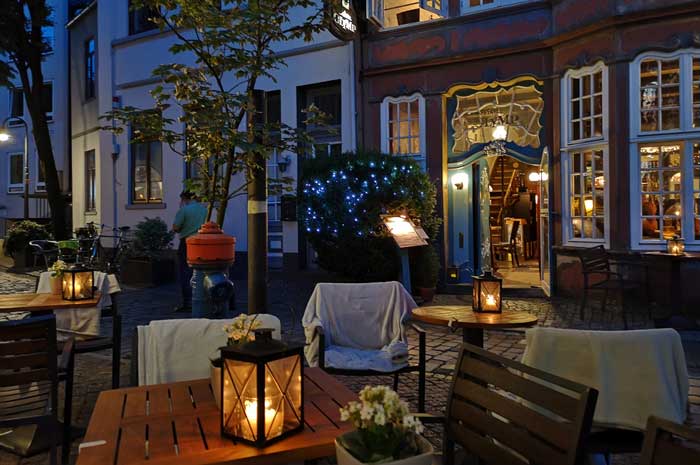 On the market square in front of the town hall is the Roland of Bremen, on the north ceiling of the Old Town Hall next to Liebfrauenkirchhof, the bronze sculpture of the beloved Bremen Town Musicians by Gerhard Marcks is placed. 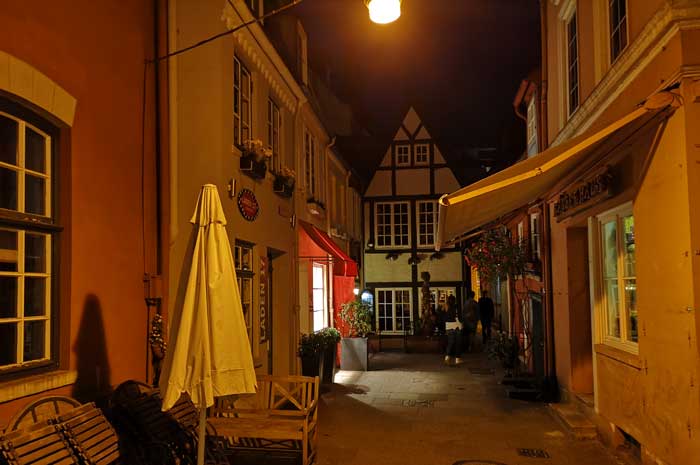 We carry on to the well-known Schnoor Quarter, which developed due to the small plots and narrow streets to a poor people quarter in the early 20th century. 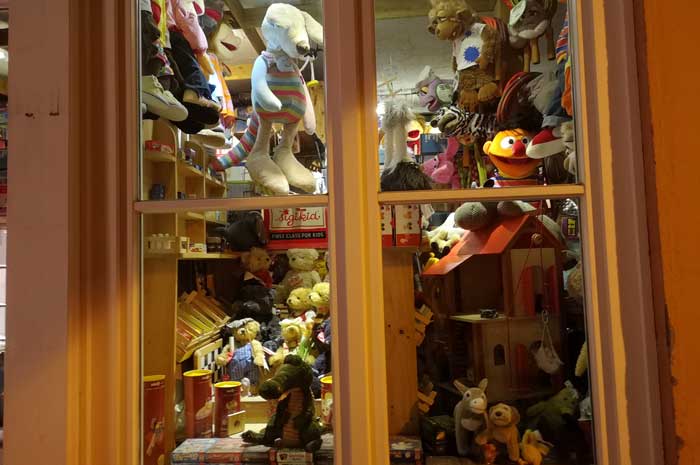 While here only about sixty square meters of land were available for a house, the individual residential properties in the outskirts of Bremen still reach a size of more than one thousand square meters. 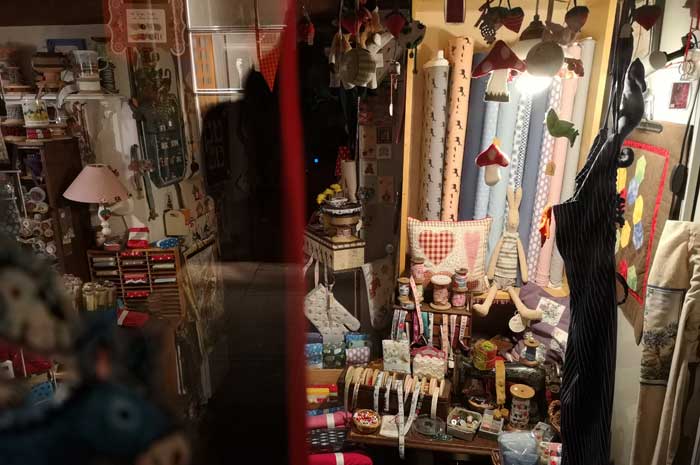 Schnoor today houses many craftworks (including a glassworks), galleries, cafes and restaurants, antique shops and small museums. For motorized traffic, the roads in Schnoor were practically impassable. 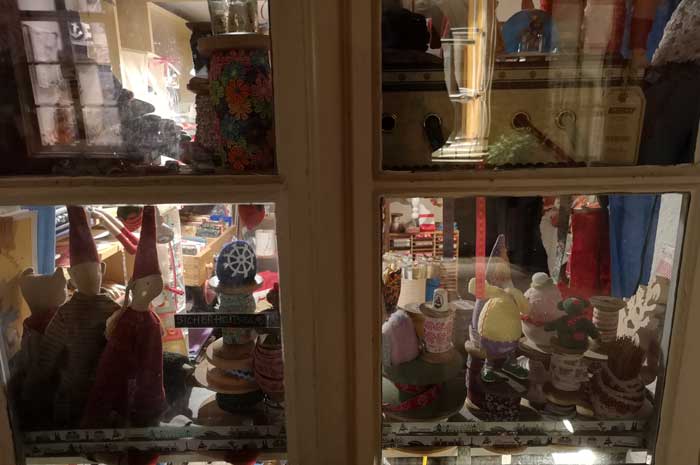 The lodging owes its name to the old shipcraft. The corridors between the houses were often associated with occupations or objects of the inhabitants. 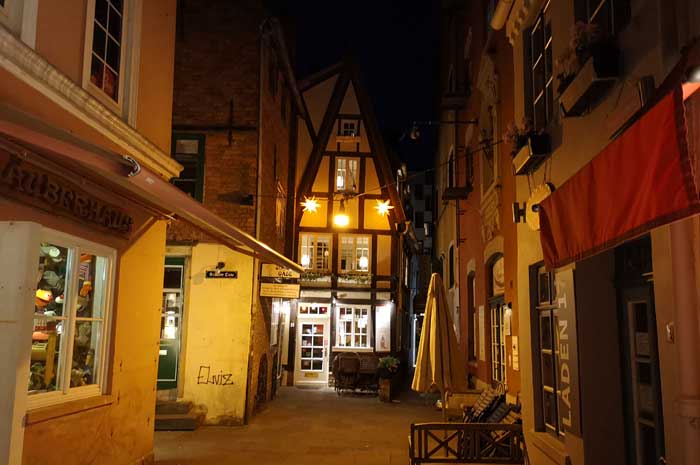 So there was an area, in which ropes were made (Schnoor = string), and an adjacent area in which wire and anchor chains were made (Low German Were = wire), from where the street Lange Wieren has got its name. 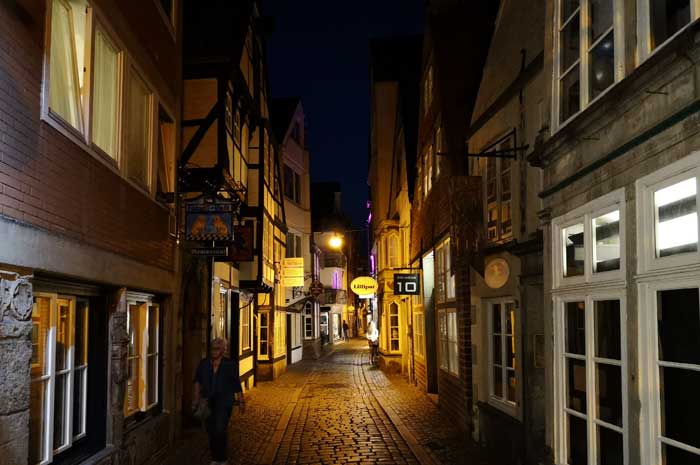 Today the Schnoor is a well-known address for tourists from all over the world.