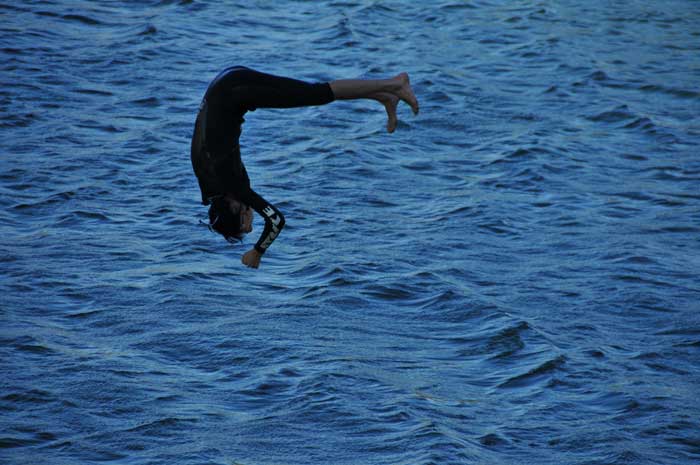 A short hike in Vienna had again led us to the Danube Island, which is a 21.1 km long and up to 250 m wide artificial island between the Danube and the New Danube in the city of Vienna and Klosterneuburg. 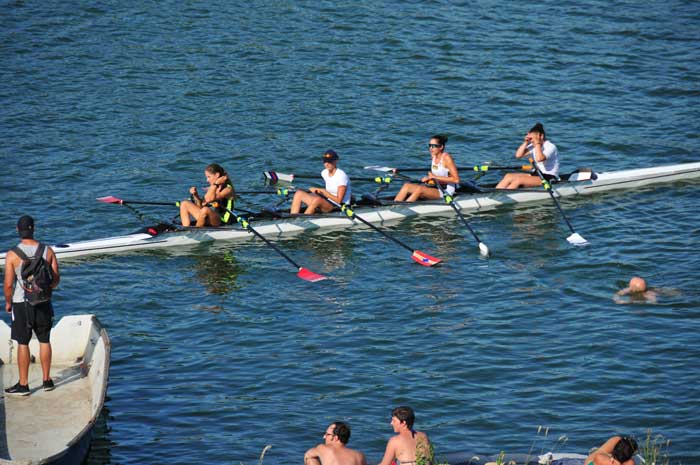 The Danube Island is part of the Vienna Flood Protection Project and also serves as a recreational area in the Vienna Danube area together with the Old and New Danube, which we should experience live and spectacular at the same time, as the pictures show. 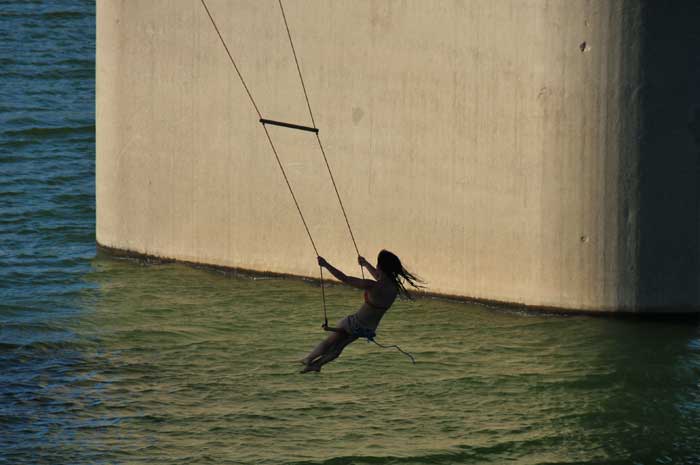 We were more than amazed when we came to the bridge crossing the New Danube and noticed a self-made water swing and multiple exclamations of excitement, which was mounted below the bridge. 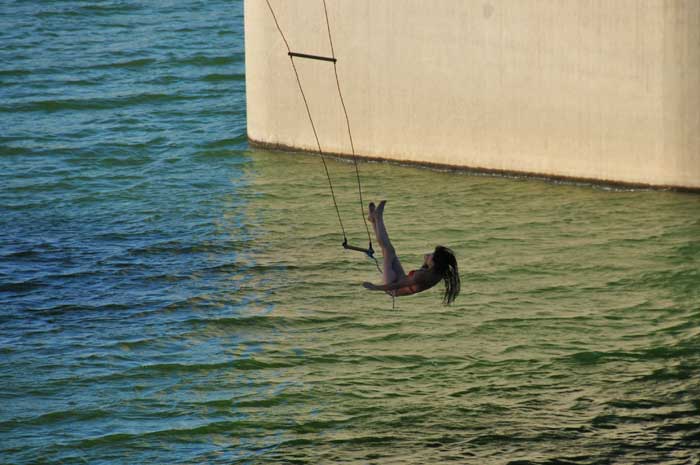 One had mounted a huge swing with ropes, on which different persons took a seat, which was brought to moving by other people on the shore by means of cable connection to "momentum", and little dive by dive or by somersault into the deep water. 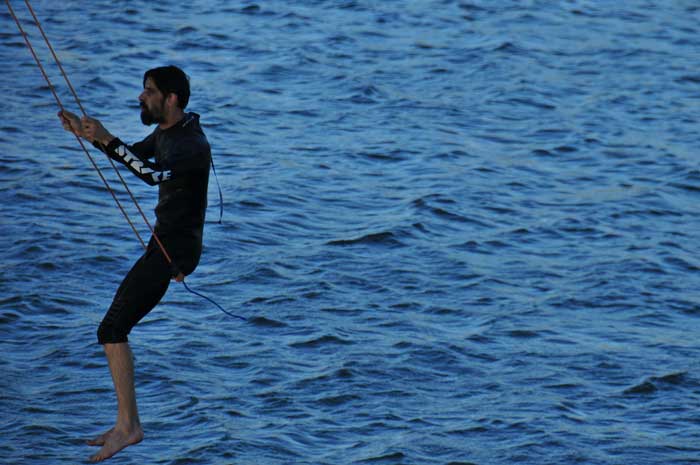 Of course, in addition to the rock-addicted water sports fans, a group of sightseers had formed quickly, which did not save with applause when a particularly successful somersault had succeeded. 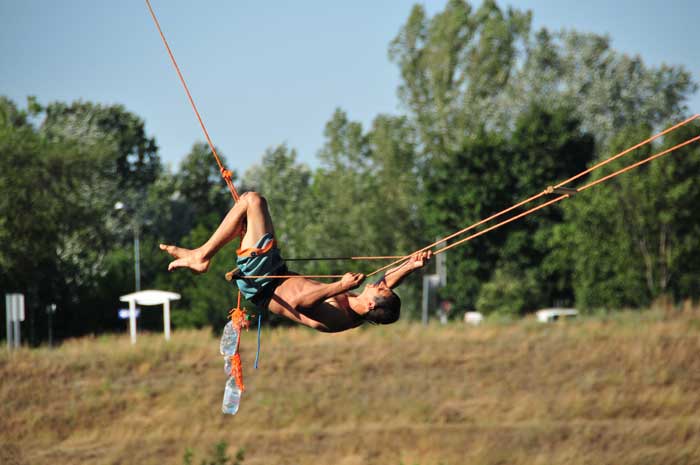 So we also stayed for a while watching the spot before continuing our walk. Of course, there should be an Almdudler a little later on the shore, which should refresh us during the current heat. 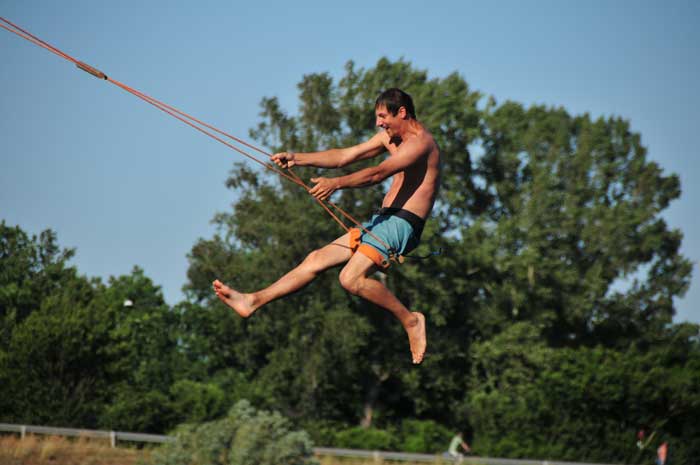 In addition, the Danube Island and the left flood dam of the New Danube is a popular cycling and recreational area of ​​the Viennese population, no wonder due to the well-developed network of cycle paths. 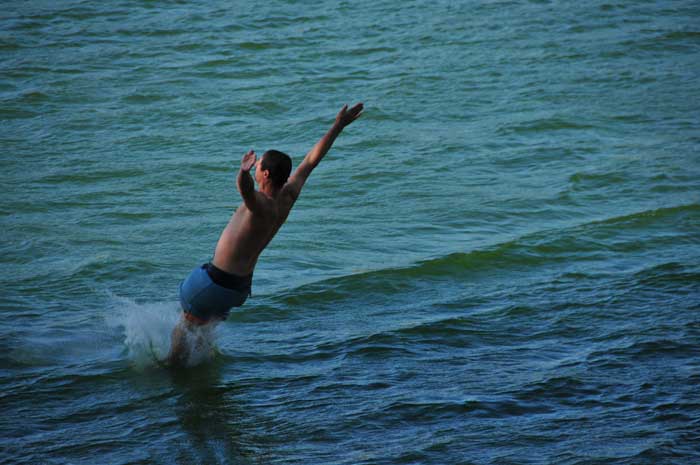 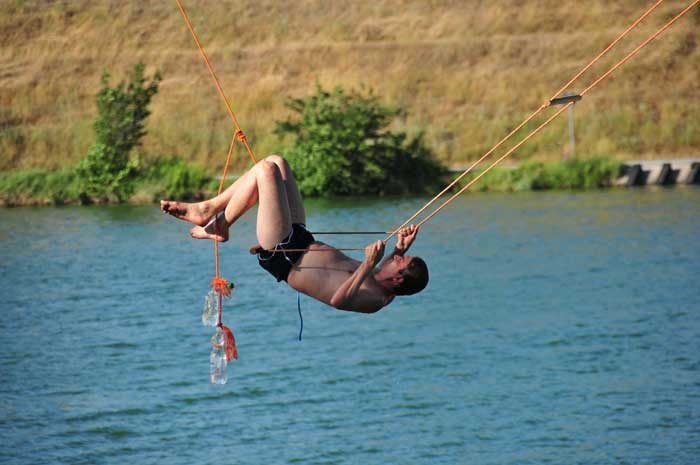 By the way: in the north of the island (km 17.7 to 19.5) and in the south both on the left high water dam and on the Danube Island (km 2.1 to 5.1) are two of the largest city nudist zones located in the immediate vicinity of a large city. 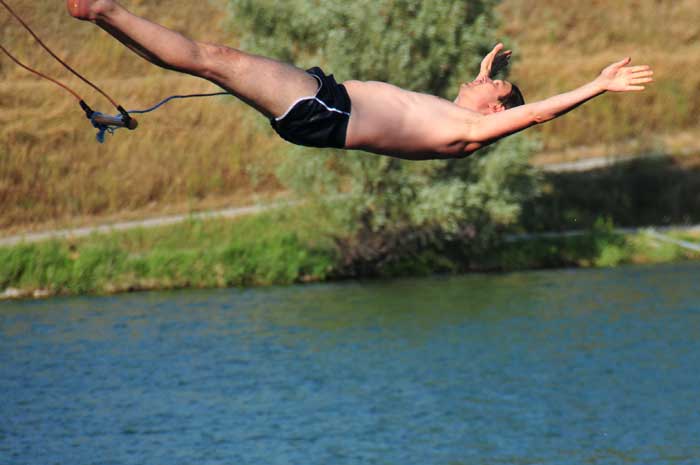 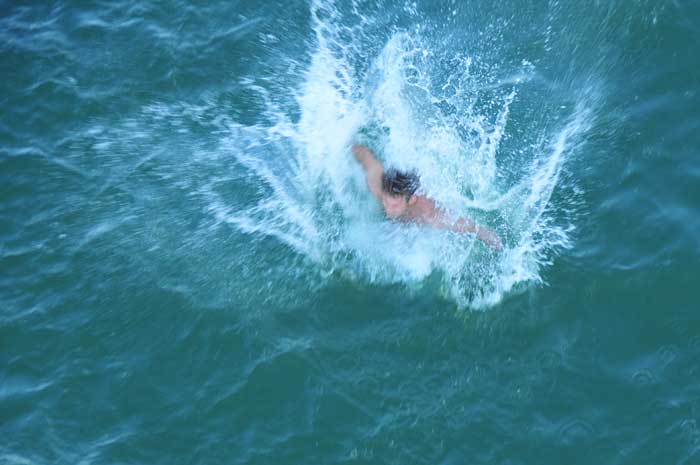