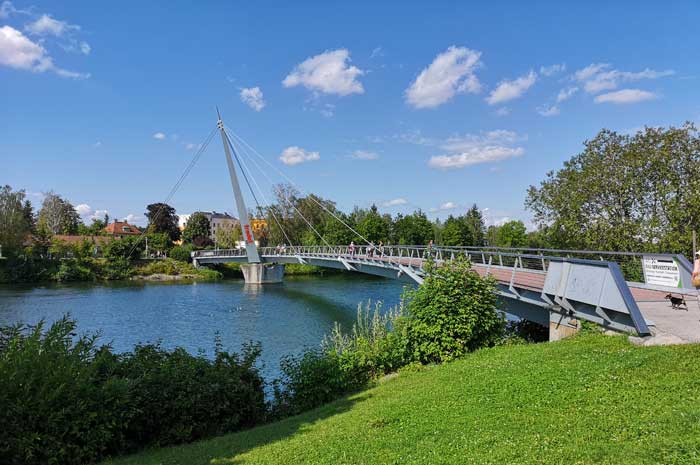 We had come to the fair "Fahrrad Order Tage" in Wels and parked our caravan directly on the fairground. After another long drive, our first goal was to explore the immediate area with a short walk across the fairground. 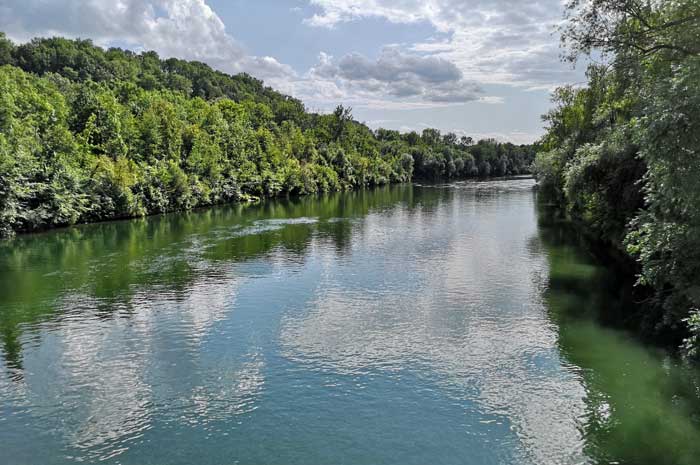 Our way then led us directly to the river bank of the Traun, where the created pedestrian cycle path led us across  a bridge up to the Traun banks way. Greened on both sides, we decided to follow the path for a while. 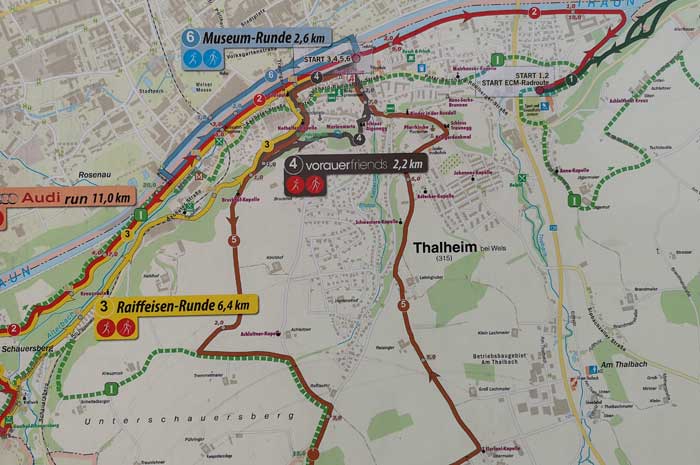 The Traunuferweg, how it is called in German, extends from the Traun weir on the southwestern city boundary of Wels, to the end of the industrial area and on to Linz. On the way, we came across numerous fruit trees, especially various types of plums, which invited to snack. 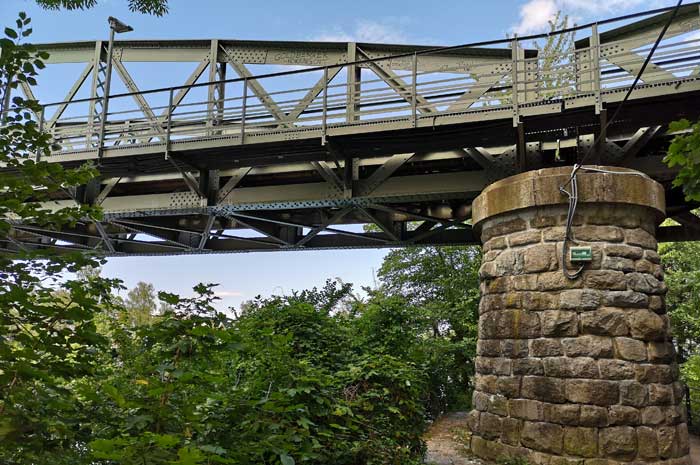 Once again the question arose why the existing quantities of plums and apples along the wayside were not used. They tasted excellent, but the approach was sometimes a bit difficult. 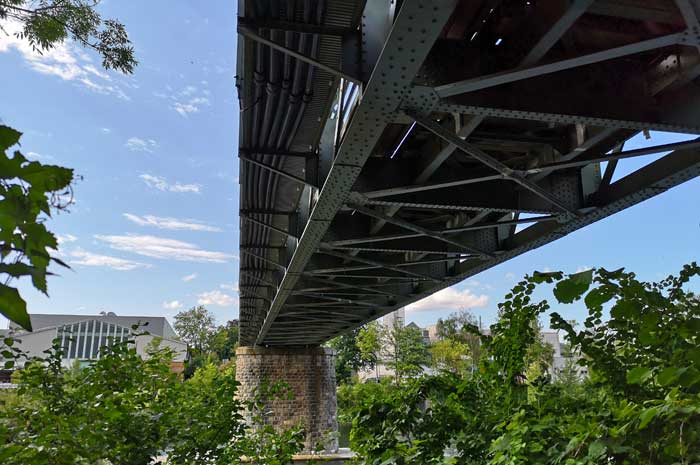 We noted the fairly clean river water, which seemed quite deep on both sides of the river, while the middle of the river was rather flat. Some bathers on the shore suggested that the river is good for swimming. 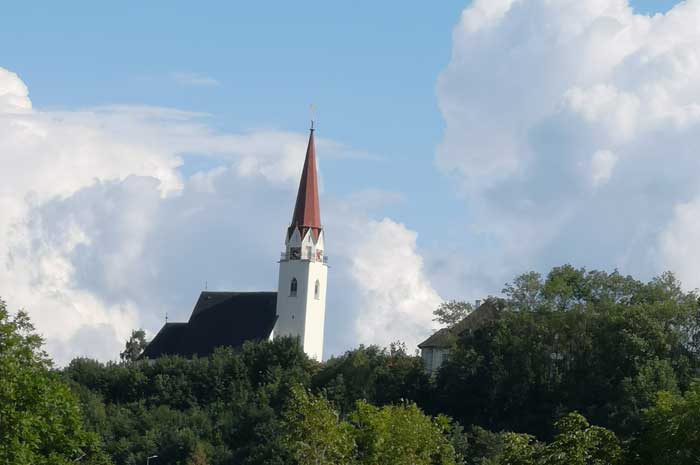 A boat of the water watch then increased attention, probably a mission drive further down the river, because it accelerated with great speed. 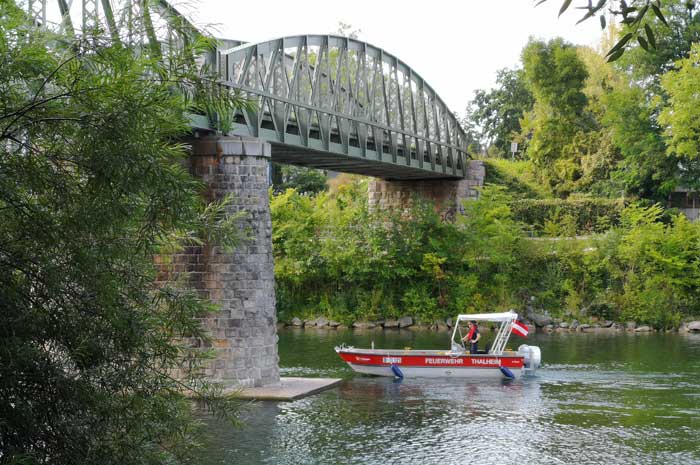 Another pedestrian bridge then took us back to the city side of the river, where we also noticed the trend here to place a symbolic art of eternal love here by a pair of lovers, numerous locks were appropriate. 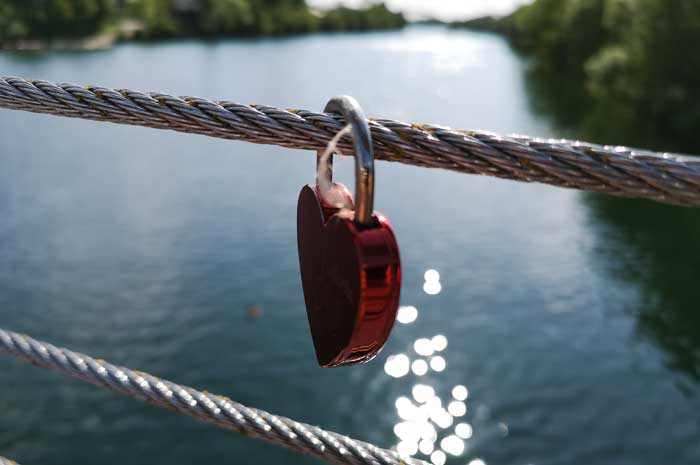 Meanwhile, the sun had attracted numerous visitors to the river, so that walkers and cyclists used the interesting arch bridge to cross the Traun. 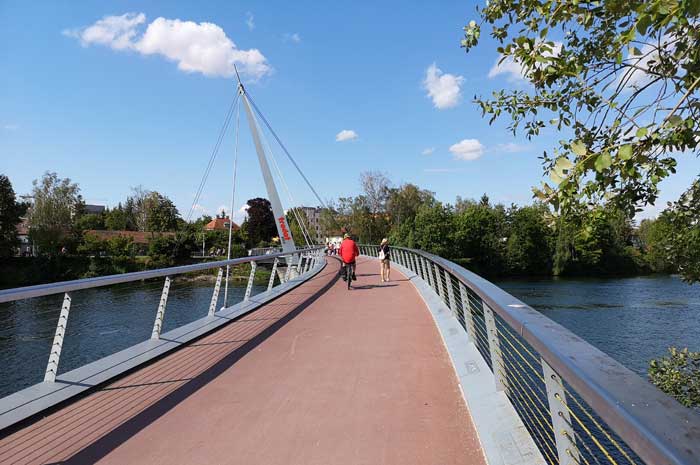 On the way back we found a model of the solar system, Wels students have designed, smaller boxes with more knowledge about the stars and their historical relationships followed. 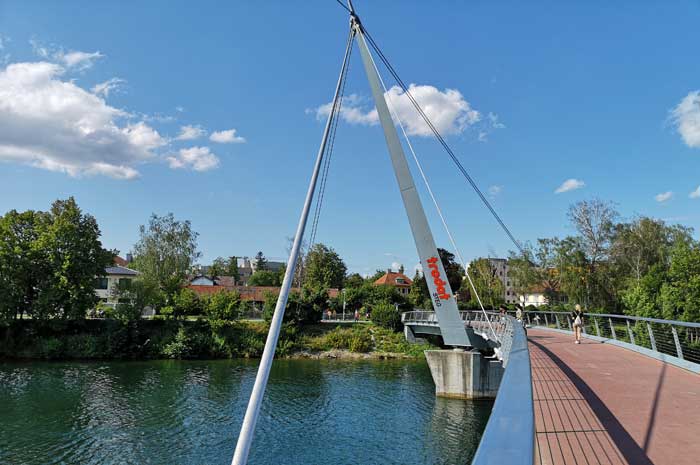 Almost back at the exhibition center we came upon an interesting panel about the Roman history of the city of Wels, a chapter that we will look at separately. 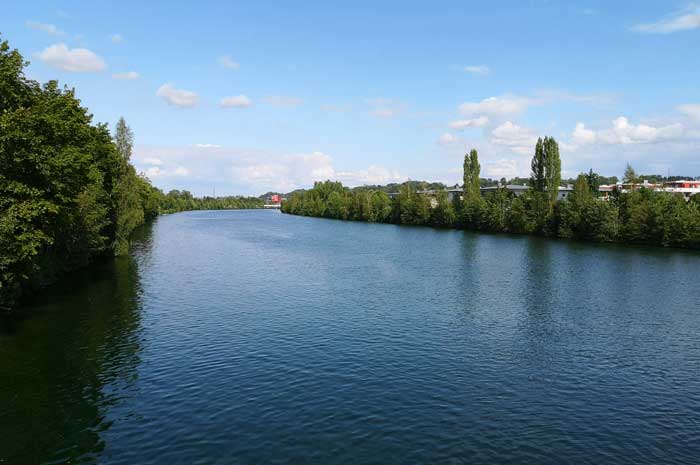