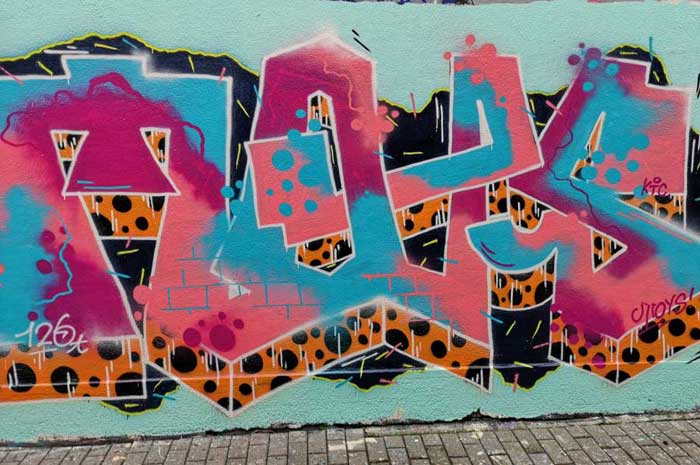 For us, too, there is always a new discussion about the acceptance and definition of graffiti that could not be more different. This also happened in Erfurt, where we did not only photographed these examples, but also sought a conversation with the artists.

Unapproved graffiti is mostly seen as a form of vandalism in public perception, especially in the western world, but is also recognized as a form of art on the other side. However, both are not mutually exclusive. 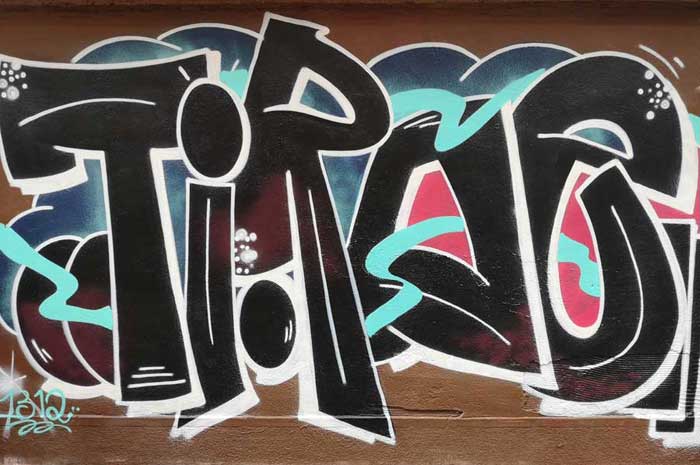 There are many different types of graffiti, the delimitation of which is often not clearly possible. For example, clog graffiti can also have political content, or a writer draws a lettering with the name of his favourite football club. 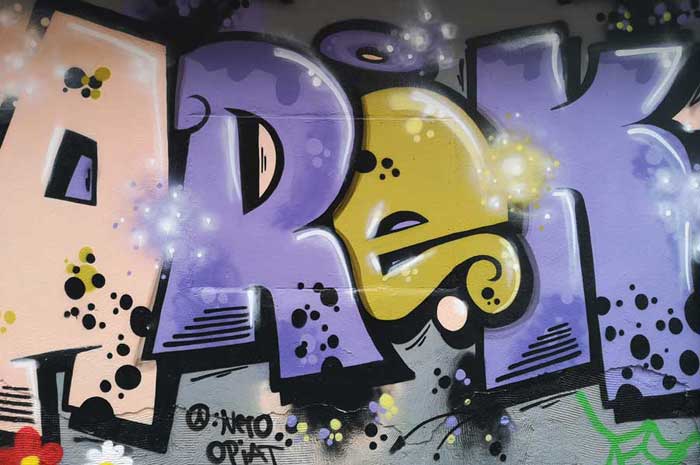 Style writing, or writing for short, has become the most widespread form of graffiti and is therefore the most widely recognized by the general public. As a result of this fact, there is usually no differentiation between other forms of non-“writing” related graffiti in the general population. In writing, writing (letters and numbers) forms the basic element of the composition of the picture, and the actors (writers) make an artistic claim of themselves. 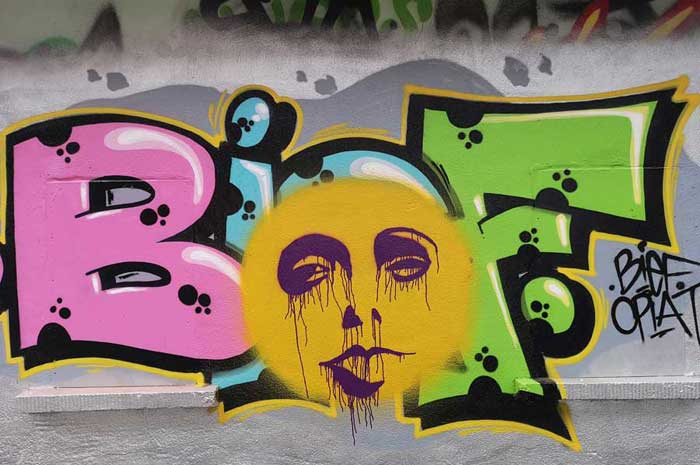 Spreading the name or rather the pseudonym of a graffiti writer as often as possible in combination with the most unique, innovative and, above all, aesthetic design are the central goals in order to achieve the highest level of fame. However, the focus is on aesthetics. A writer who paints a lot but does not have a good style receives less recognition from other scene members. Well-known writing artists include Loomit, Daim or the Swiss Dare or the German-French Darco. 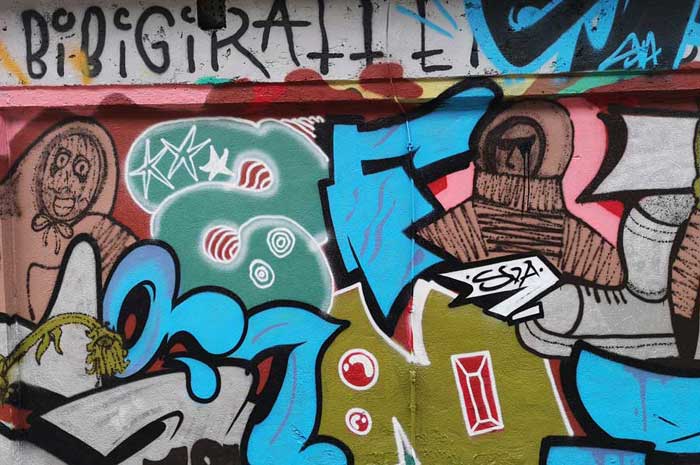 In hip-hop culture, writing is one of the four essential elements. The idea of ​​a non-violent competition and the handling of conflicts on an artistic level (battle) is an essential characteristic of the peaceful writing culture. 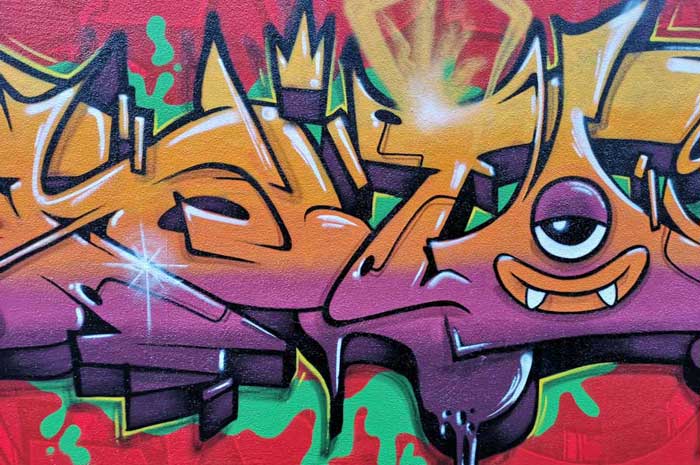