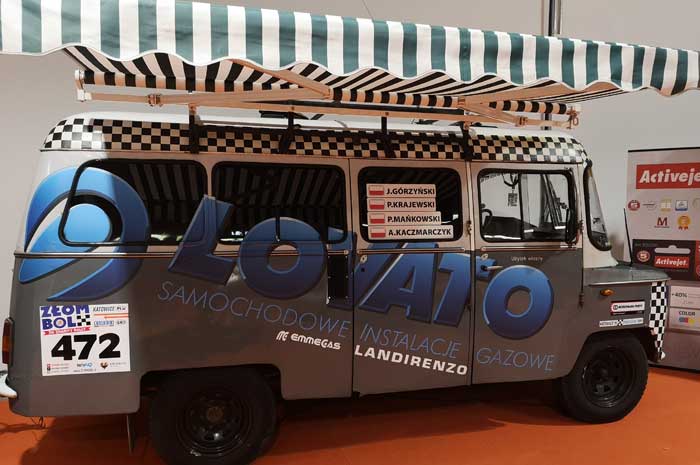 Of course, we had come to Warsaw with great interest in the caravan fair and had immediately come to appreciate the excellent organization with regard to our registration, the parking situation and the helpfulness of the staff. 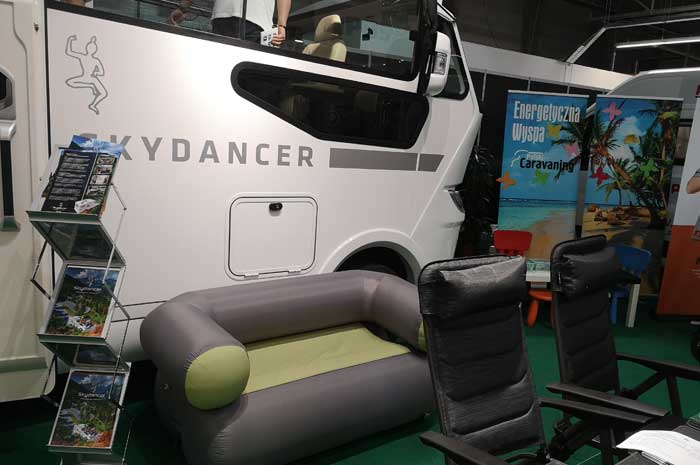 Well-known by many exhibitors, we were immediately involved in initial discussions, which of course also pointed to first indications of technical innovations and / or special features. In the picture the inflatable sofa and the in-house development Skydancer motor home, which we will discuss later. 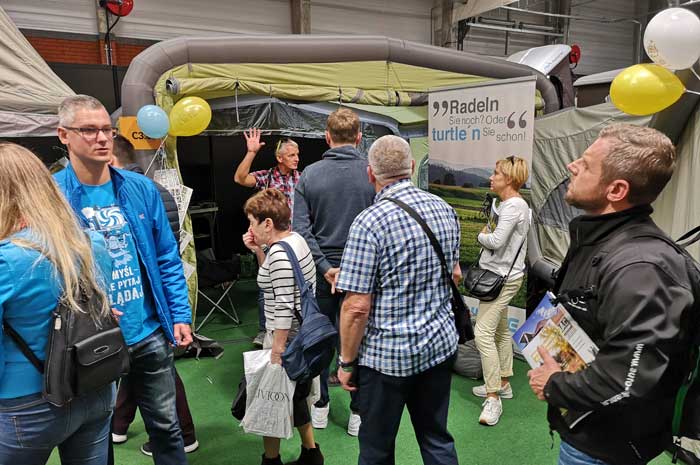 Presented for the first time in Warsaw, the tent manufacturer GentleTent from Vienna, here in Warsaw with awnings and roof tents, also to get to know the Polish consumer and campers. Of course, the BTurtle was also represented. 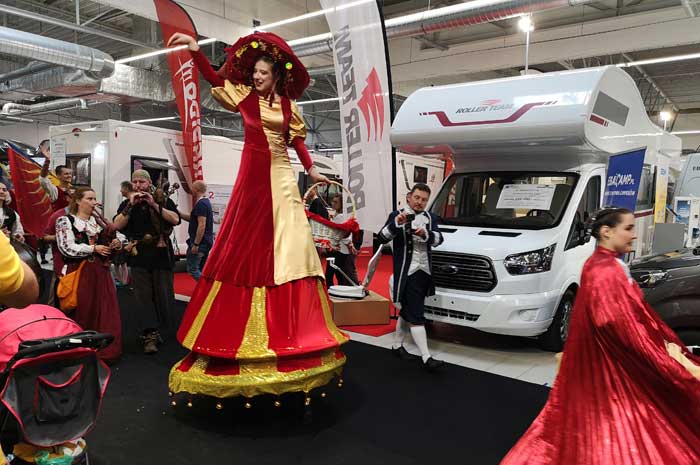 The fair schedule and the offers reminded us a bit of fairs in Turkey, where in addition to the leisure activities and vehicles with all their technology also a lot of entertainment and show is offered. 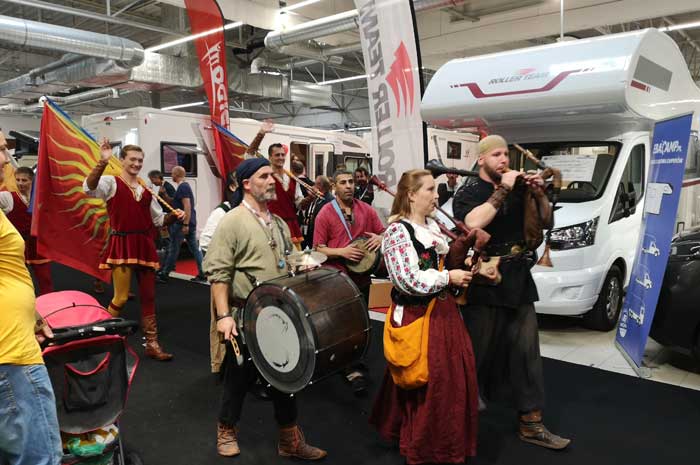 So a folkloric dance group with a loud roar went through the halls, there were numerous stalls with delicacies from all regions of Poland. A concept that also proved to be very appealing to visitors during the CMT. 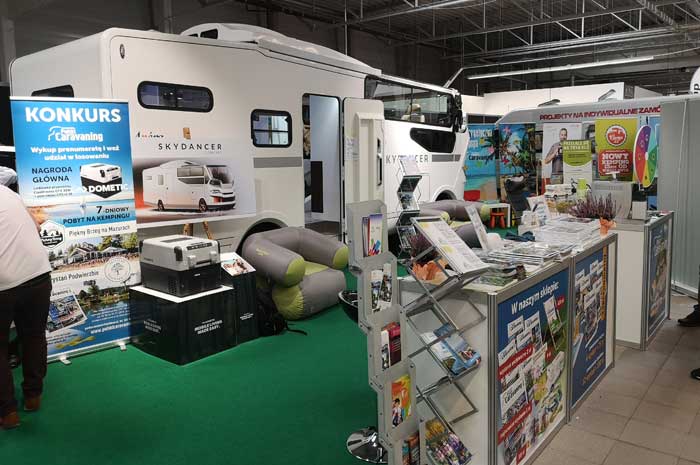 But now back to the Skydancer, a at first glance from the outside, normal motorhome, which we had become aware of at the booth of Camper magazine Poland. Even in the design of the front party still showed great differences from the conventional models. 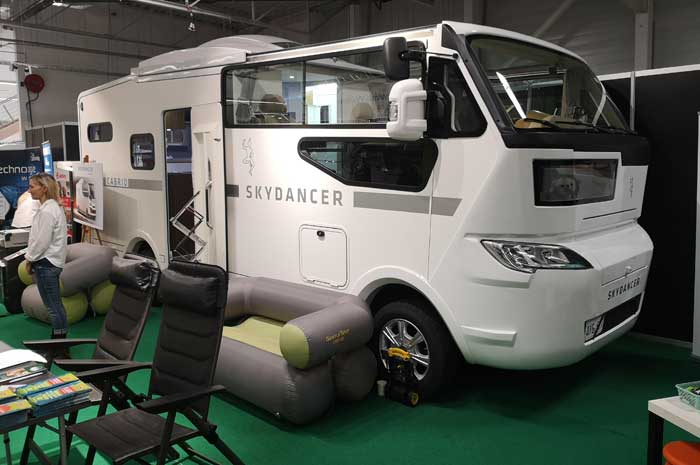 Striking immediately the large, high-mounted panoramic windows that promised good visibility - a prototype from a development workshop, which is still looking for sponsors for mass production. 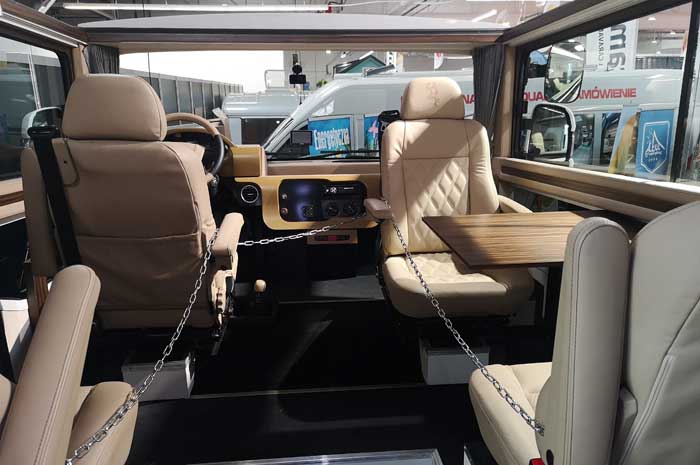 The view into it is then a real surprise when we turn our eyes upwards and we see the hall roof - a huge panoramic roof over the entire width of the vehicle, which can be moved backwards, allowing sitting in the open air. 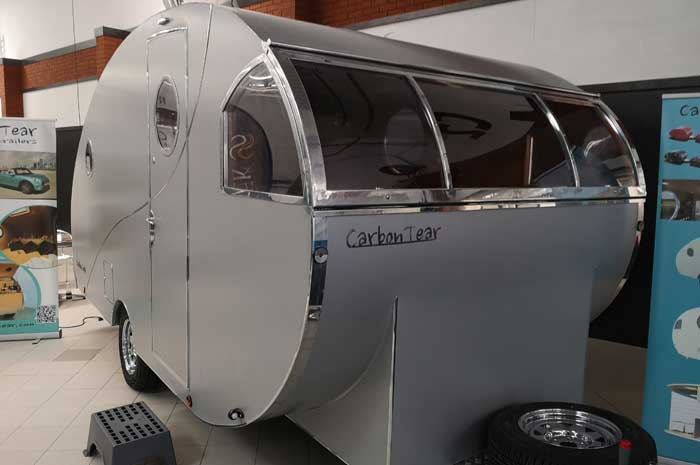 Also very trendy are the miniature caravans in the form of drops, which could only lead a shadowy existence over the years but are now in full swing. Often equipped with some modifications to the off-road outfit, it is here a rotating panoramic window that becomes an eye-catcher. 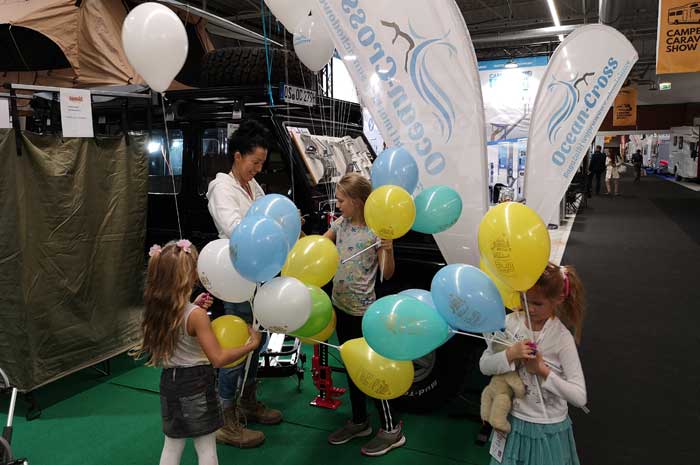 At the end of the event, the trade fair organizer proudly reported a new visitor record - 76.198 visitors on the three days of the fair. Truly an impressive number. 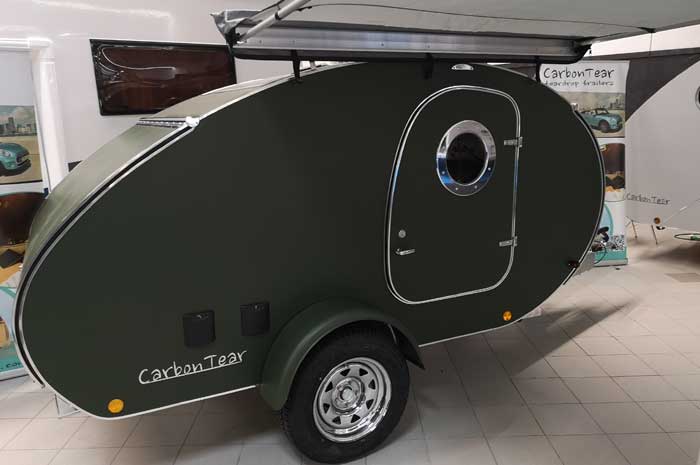 In the coming year, we will combine the Warszawski Salon Yachtowy + Accessories / Outdoor / Skiing / Diving / Surfing / Offroad etc. and the Camper & Caravan Show, the hall capacities will allow it, Katarzyna Szwed and Aleksander from the exhibition management explained.