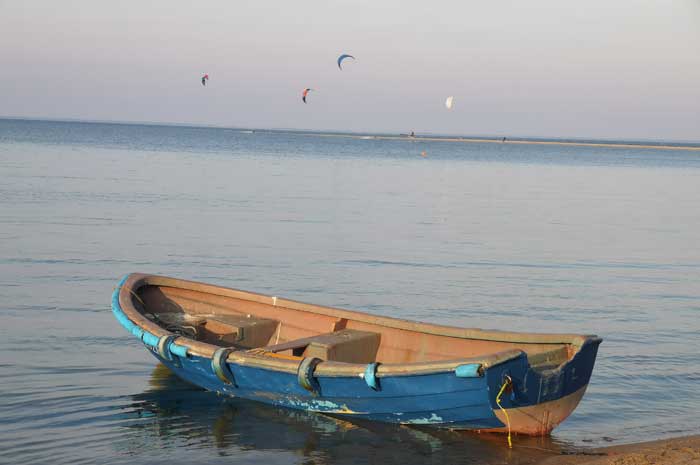 Once again, we are in Rewa on the Puck Bay, a bay of the Baltic Sea in Poland, which has a number of sandy beaches and attracts tourists even in the fall. The bay and village have become a local center for windsurfing and kitesurfing. 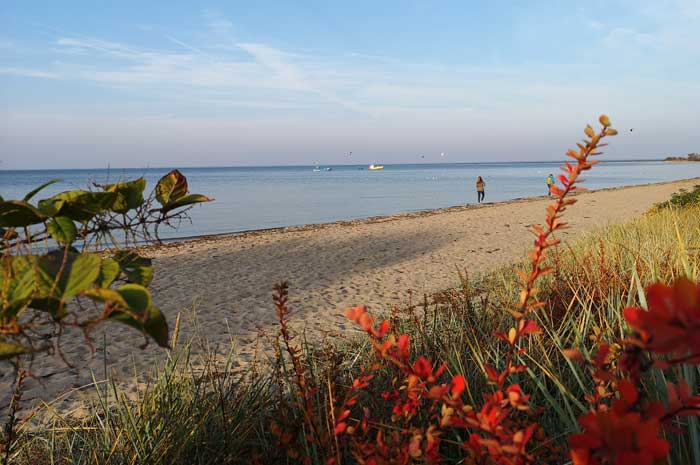 Tourist business is more location-based. The sandy Rewski promontory, which covers the small bay, contributes significantly to the constant winds in the bay, making it a paradise for windsurfing and kitesurfing. 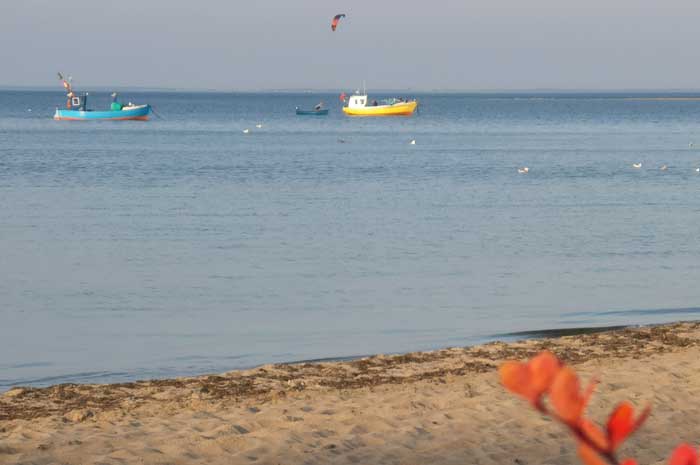 Rewa is located at the mouth of the Mostowe Błot river. The place lies completely in the coastal landscape park and is covered by a special habitat protection area "Puckbucht and peninsula Hel". The nearby swamps are also nature reserves and therefore biotopes for waterfowl. 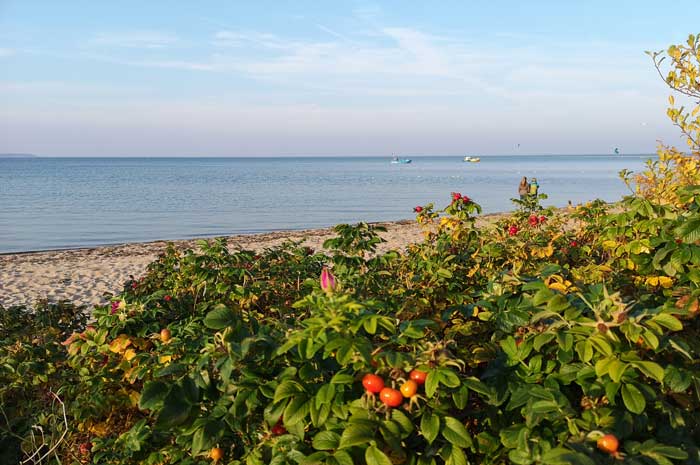 The name of the village comes from a sandy shoal that extends from the top of the promontory almost continuously to the shore of the Hel-Nehrung. 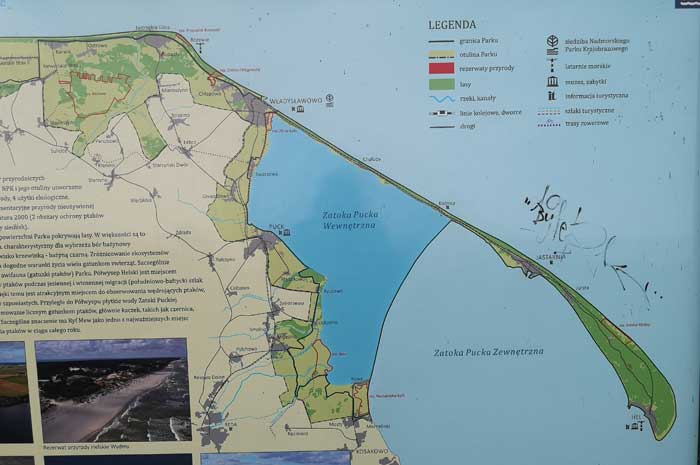 Behind the southern buildings of the village extends the nature reserve Mechelińskie Łąki with its buffer zone along the coast to the south. The area around Rewa belongs to the bird sanctuary "Puck Bay". 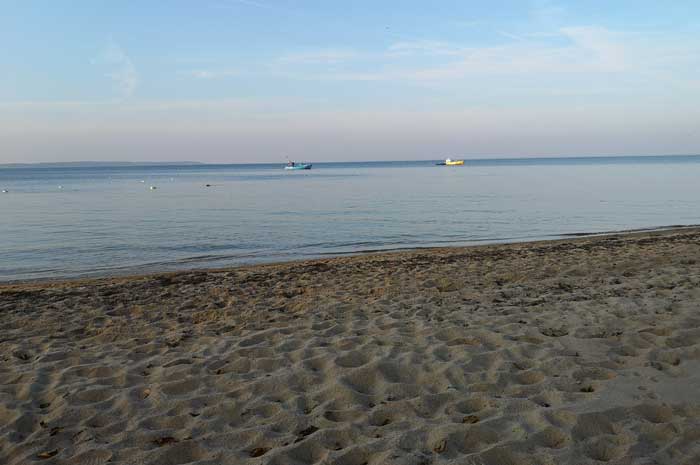 Rewa has become an alternative to the often crowded urban beach resorts of Tri-City Gdynia and Gdansk. Since 1997, on nights under the influence of furrows (Alexandrium ostenfeldii), bioluminescence has been observed in the water of the small bay (the movement of fish or other objects causes turquoise light). 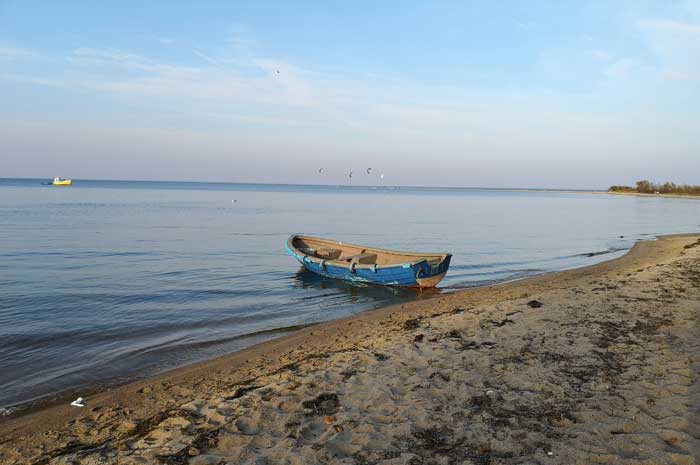 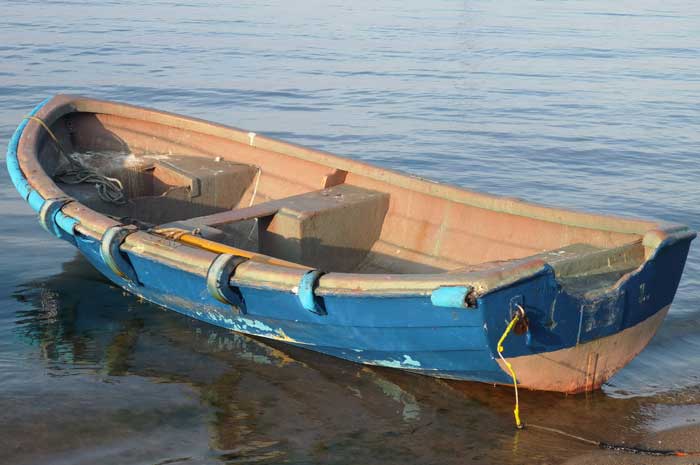 The village is home to the Avenue of Merit of the Sea. Its origins go back to the year 2004 when, on the Rewski Cape (so-called Szperk), the sea cross and commemorative plaques were unveiled to commemorate persons associated with seafaring. 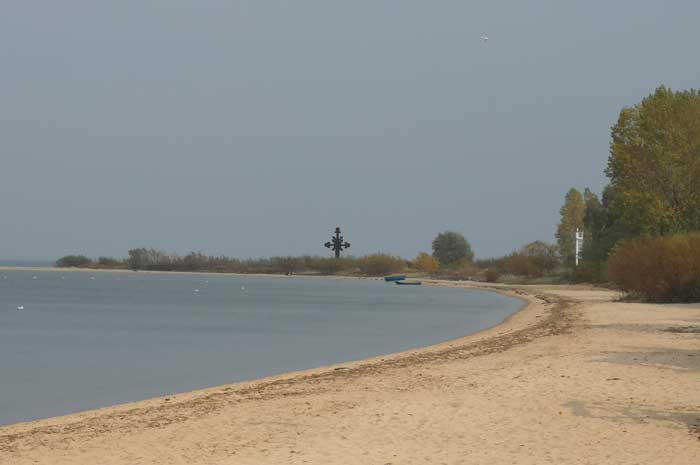 The cross itself has become an important navigation sign today. In 2013, the promenade was expanded for PLN 1.5 million: along the Morska Street was built a cobblestone row with small beach architecture (pergolas, benches, bike racks). 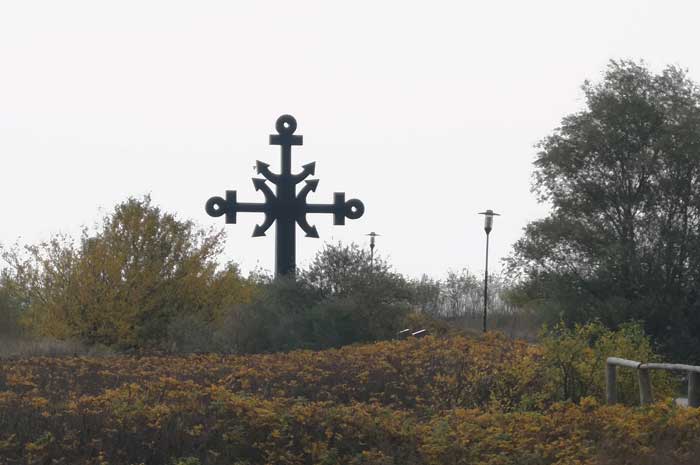