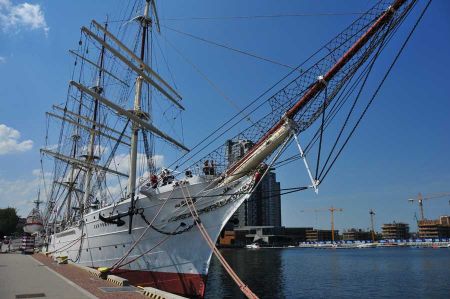 Today an imposing city on the Baltic Sea, Gdynia was a real village until 1918. Through the Treaty of Versailles, Poland was granted "access to the Baltic Sea" by the victorious powers through the so-called Polish Corridor, but it did not have a port of its own in the corridor.

In the years that followed, Gdynia was systematically expanded to become one of the Baltic Sea's largest trading, emigration, war and fishing ports.

In the 1930s, the expansion of the then 33,217 inhabitants (1931) counting city went on. In the 1930s, for the first time people worked on the beach promenade in Adlershorst, where in the summer of 1964, the city founded Witold Gombrowicz Theater plays on a beach stage in the front of the backdrop of the Baltic Sea and cliffs. On June 25, 1931, the Meteorological Station of the Morski Państwowy Instytut Meteorologiczny (State Meteorological Institute) moved to the new observatory building at ul. Nadbrzeżna 42 (now Waszyngtona Street). 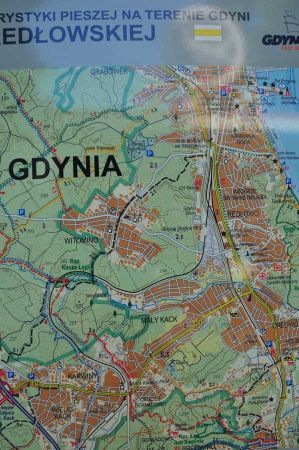 The port was extended until 1930 to full functionality with docks, piers, breakwaters and many other necessary facilities and businesses such as storage sheds and equipment and a rice husking factory. The then fast moving jobseeker outstripped the opportunities to create adequate housing. "On the outskirts, slums were created, housing the unemployed, homeless and low-paid unskilled workers with their families." Housing shortages drove up rents. Although this boosted private construction investment, rents often amounted to a full normal monthly income or more. Today, there is no sign of it, as we could see during our inspection trip through the city and on to the harbor and beach.

In the following years, Gdingen passenger port, as that at the North Sea Bremerhaven, was known for overseas travel and emigrants. The passenger ships were served by Dyckerhoff & Widmann (Katowice office) in 1932/1933. The Dworec Morski depot was built for overseas passengers where both tourists and emigrants were boarded. The building is open to all visitors today, in it a small exhibition informs about its history.

Of great importance early on - beach tourism in Gdynia 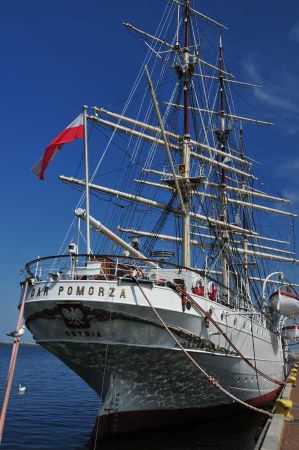 The state shipping company Gdynia-Ameryka line Żeglugowe SA operated seven passenger ships. In the suburb of Grabau on the site of a former Prussian barracks from the 19th century an accommodation for emigrants (Etap Emigracyjny) was set to operation in 1933, which were brought from there by its own track directly to migration rooms. In 1935, Foreign Minister Józef Beck and Kwiatkowski, now Treasury Secretary, officially inaugurated the facility. Many Jewish and Catholic Poles emigrated from here to America. With the war starting from 1 September 1939 the Polish passenger shipping ended.

In 1939, Gdingen measured 66 km² and counted already 115,000 inhabitants. In the years 1918 to 1939, the linguistic composition of the population changed, so that the German minority finally made up 9.8% of the inhabitants of Pommerellen. Most immigrants were Kashubian Poles, among other Poles.

After our walk along the harbor of Gdynia, we wanted to also look at the so much famous beach town and were once again surprised: a huge bay and beautiful sandy beach, bordered by gentle hills in the background, wooden paths with shower areas for swimmers, small beach Cafés and restaurant, in short, what more does the beach vacationer need. At an early age, the region had resorted to horse tourism, with great success. 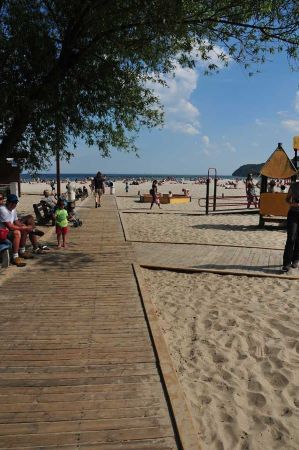 "To Hochredlau heard from the seaside resort of Sopot because of the beautiful view much visited restaurant Adlershorst. This mill property, which belongs to Hochredlau, was bought by the sailor Johann Adler and his wife as a beach land of about 3 acres for 170 talers in 1828 and taken on leaseholds. The otherwise enterprising Mr. Adler was appointed by the Royal Government to the "Seeschulzen" (Strandvogt) and established a small pub for foreign guests here around 1840. The name Adlershorst, settled as a strangers' establishment, was already adopted as official name in 1857. "

We could not hold back and took advantage of the windy-fresh but still pleasant weather for a quick swim in the here surprisingly pleasant Baltic Sea.

Rewa - Peninsula Reff, Fishing dock and the Amber Road
By bike along the bike path on the Hel Peninsula