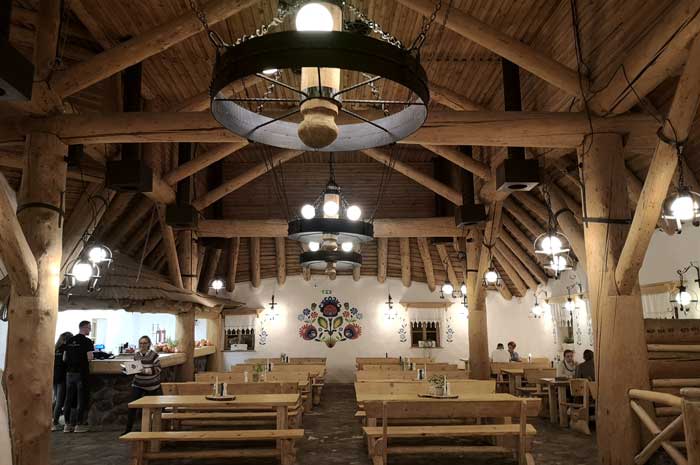 We were on our way to a business meeting in the small town of Legionowo near Warsaw. An overnight place was booked, but the bad weather delayed the arrival considerably, so that we stopped at a restaurant on the way due to our feeling of hunger. 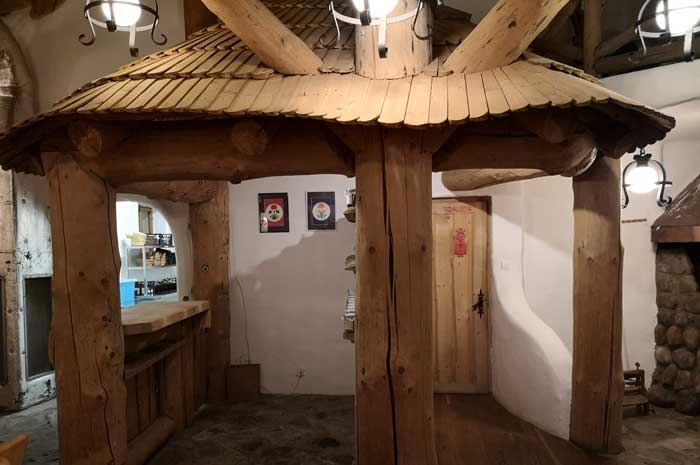 From the outside, a rather inconspicuous building of modern design should surprise us considerably on the inside: a stud wall made of round beams for the roof and support structure of imposing dimensions and a lot of roughly worked wood made our gaze circled in admiration. 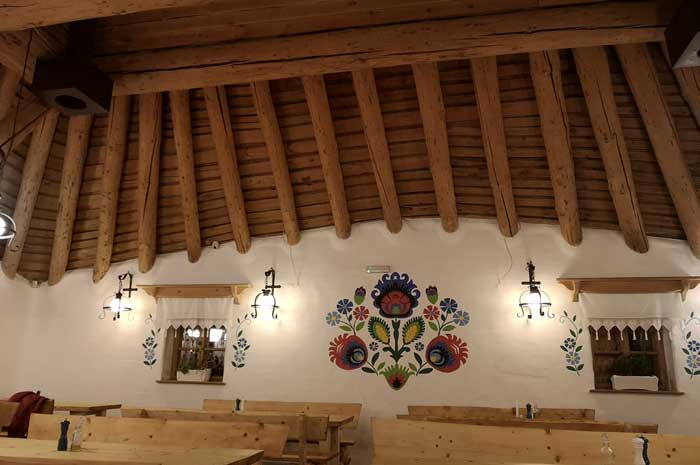 The tables and benches, the counter system and the entire interior design were also finely coordinated so that there was always a new eye-catcher. Although it is currently rarely frequented due to Corona, we were excited about the food. 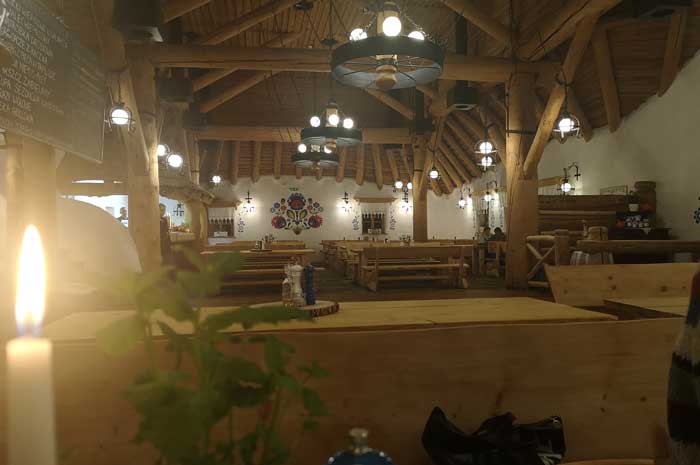 By the way: The history of the city of Legionowo does not go far back into the past. In 1877 the “Jabłonna” railway station was built, which was the beginning of the settlement of the area. The station was built for the construction of the railway line, which, among other things, should ensure the transport of wheat to the Baltic Sea ports. 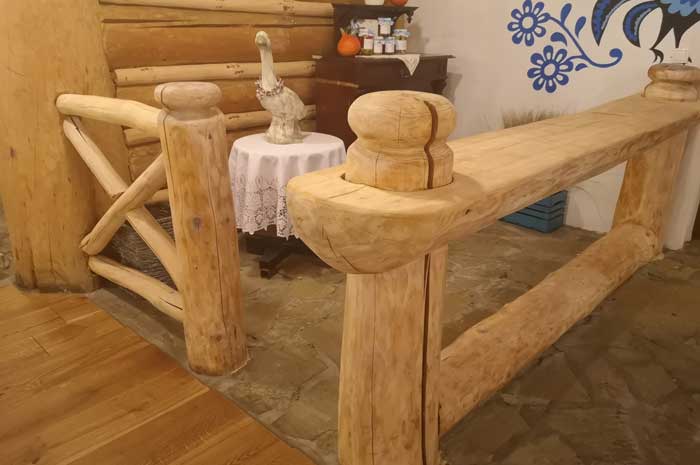 The name of the settlement was initially Gucin, which goes back to Count August Potocki. In 1885 there were just five wooden villas in the settlement. A major development of the city began in 1892 when a Russian garrison was established, Russia bought part of the area from the count and had barracks built. 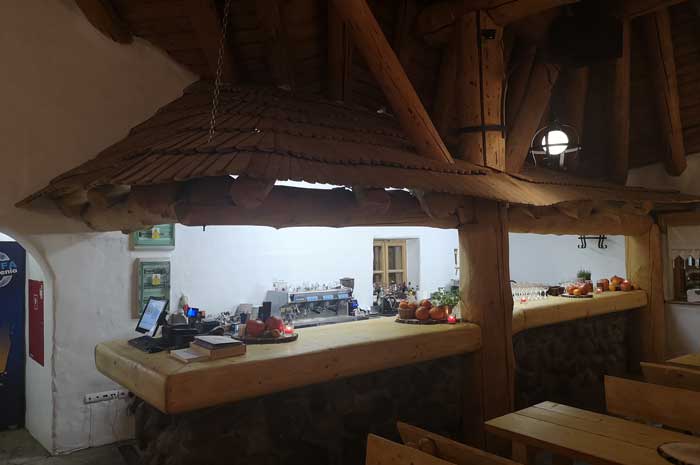 In 1897 a glass factory, mainly for the production of beer bottles, was built, which was another important factor in the development of the city. In 1899 4,000 soldiers were stationed in the garrison. At the beginning of the 20th century, around 60 people lived in the place. In the 1930s the city had a post office, four general education schools, a commercial school, and a state meteorological institute. 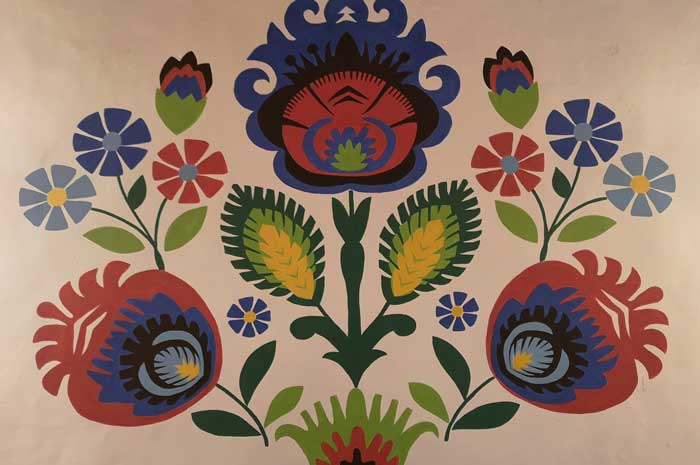 With the restoration of Poland's independence after the First World War, the garrison was also used by Polish soldiers. The 1st and 2nd regiments of infantry of the “Polish Legion” were the new residents of the barracks. 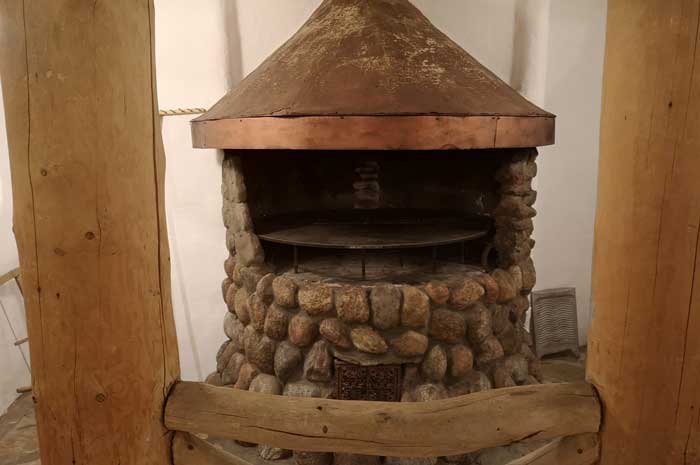 After the Polish-Soviet War, a balloon battalion was stationed in the barracks. On September 13, 1939, the first soldiers of the German Wehrmacht reached the place. On October 28, 1944, the Red Army took the place. On May 3, 1952 Legionowo received city rights. 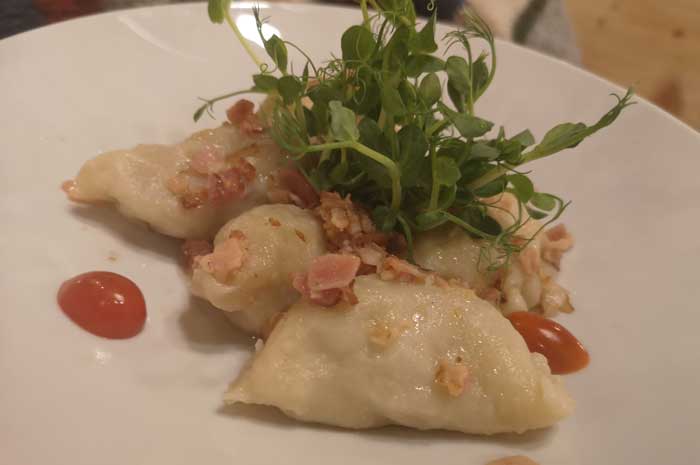 Regarding the dishes: No words are needed here, the attached pictures speak for themselves. It was delicious! 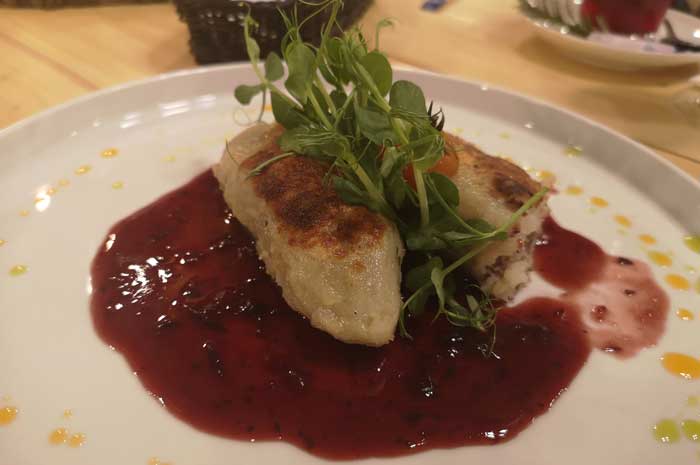