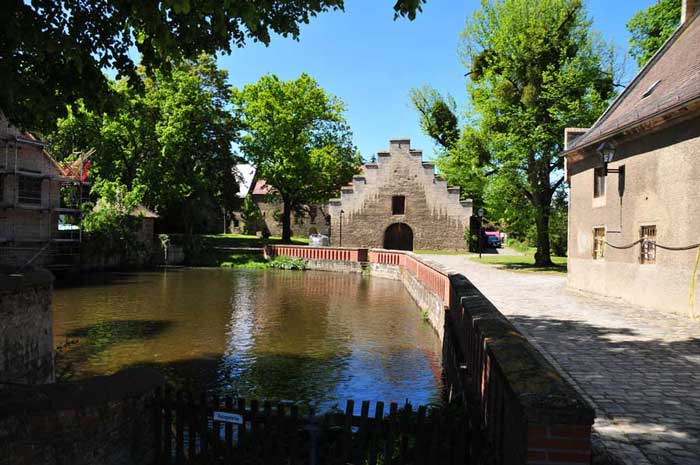 After a short break with bread and a cup of tea, we leave the huge garden of the Cistercian Abbey Pforta, today a private school, through the mighty garden gate towards Naumburg, right next to the creek of so called Kleine Saale, a tributary of the Saale, which history is still discussed until today. 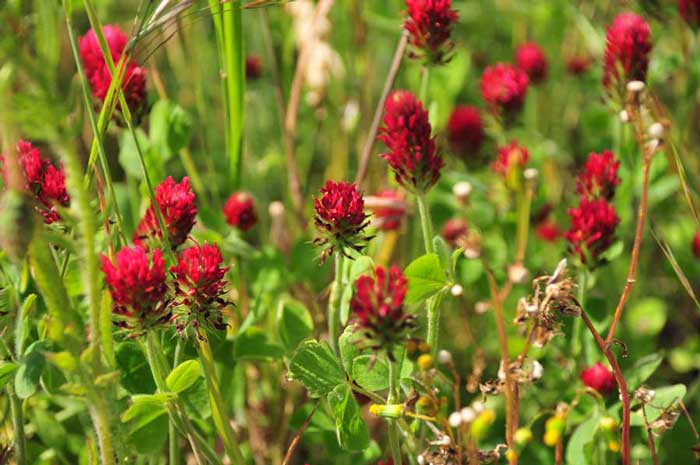 Whether the Kleine Saale is a branched off channel to supply what is now the Pforta boarding school is unclear and is being investigated by historians such as Holger Kunde. Previous considerations by W. Corssen (1868) or R. Pahncke (1956) merely cut the history of the small Saale in their literature and partly contradict each other in terms of content. 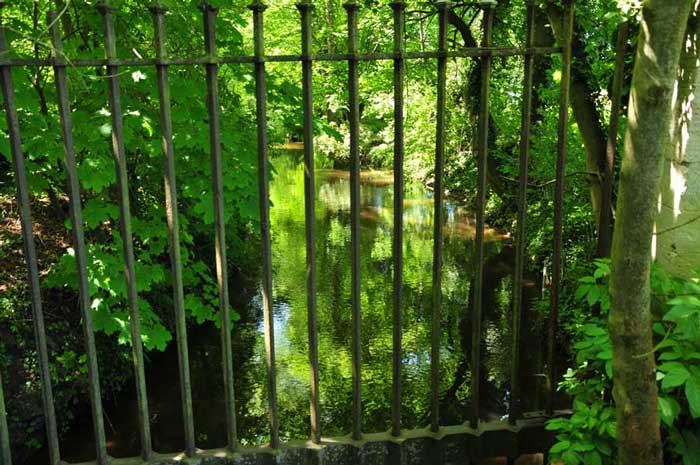 The Kleine Saale branches off from the Saale in Bad Kösen to the north and runs between the Saalebahn and today's federal road 87 to Schulpforte. After crossing the area of ​​the former cloisture and flowing through the mill pond, it continues, now south and strongly meandering the B87, to Almrich, so that the course looks very natural. There it crosses again below the B87 and Saale railway to the north and flows back into the Saale. 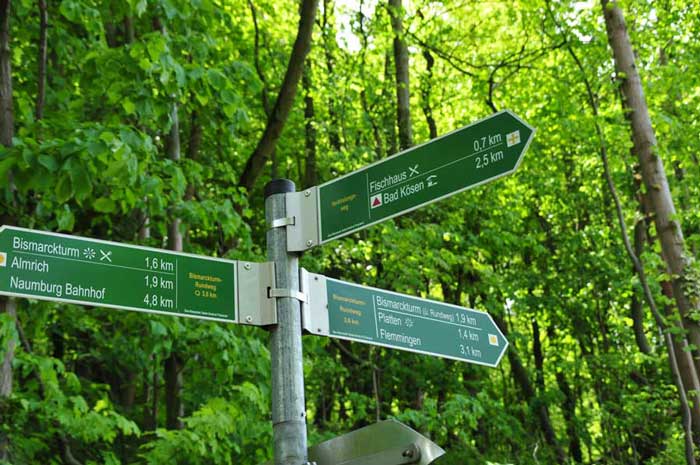 As we know from history, monasteries were often built on rivers in order to be supplied with sufficient drinking water. The Pforta monastery itself, however, was not located directly on the course of the river Saale. Even the church is located half a kilometer away from Saale. The reason for this is that the Saale valley near Pforta was largely covered by swamps and the Saale was regularly exposed to flooding. 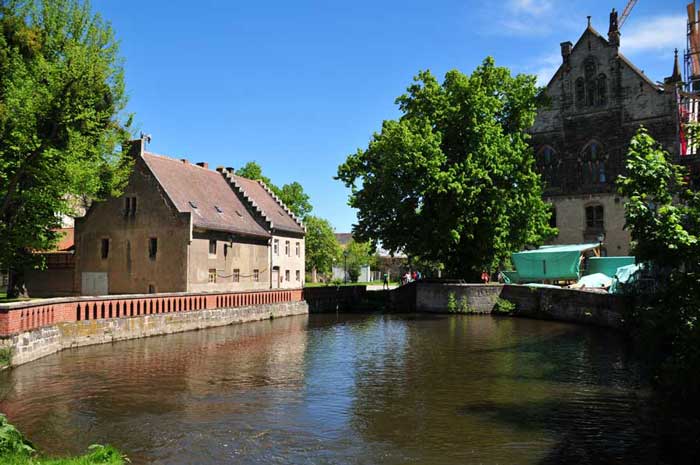 The Portese monks just cultivated the land in the course of time. The Saaledamm can be dated to 1302. It can be assumed that the fish-rich Saale served the Cistercians as a source of food. However, it is unclear whether the fish house, which can be found recently near the monastery, was built by the monks or was already there as a Sorbian fishing and ferry station. It is clearly documented for the first time in 1270. However, it is not unlikely that it has been operated by the Cistercians since 1138. 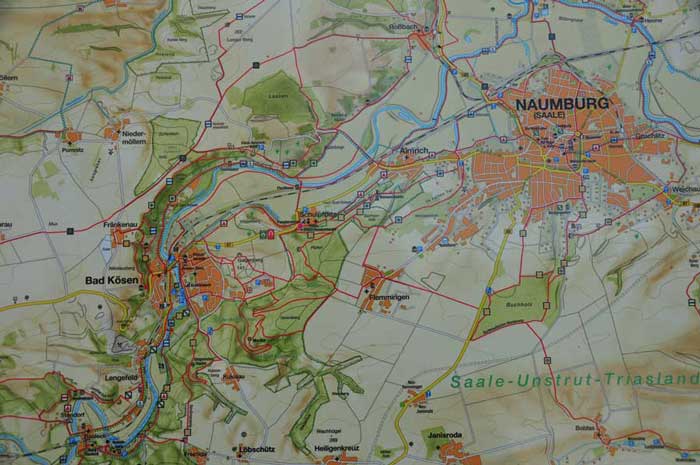 In order to supply the arable land approx. 0.5 km south of the Saale with water and to enable a direct inflow and outflow, a canal was the most practical solution. However, as can be seen from the Treaty of Vargula, for example, the main purpose of the small halls was to build mills along the small halls. 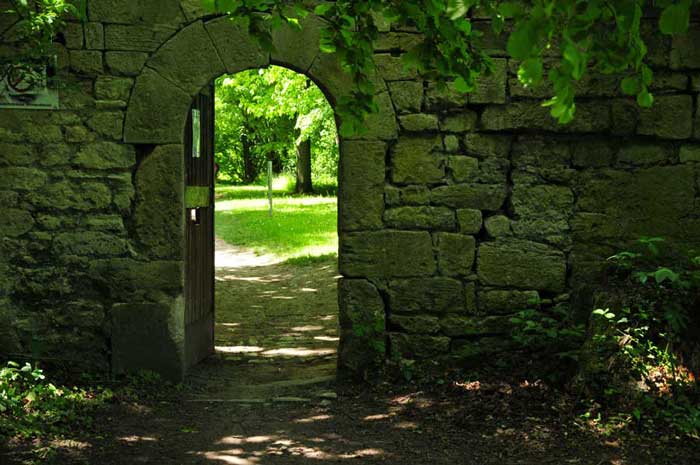 According to Pahncke (1995) there were no fewer than eight mills in the Saale Valley that were operated by the Cistercians. There must have been at least four mills along the small Saale: One in the immediate vicinity of the weir at Kösen, which is still preserved or restored today; one in Pforta, also preserved and to be seen at the mill pond; one in front of Almrich, meanwhile destroyed but clearly verifiable in documents, and one immediately before the confluence of the small Saale with the Saale. 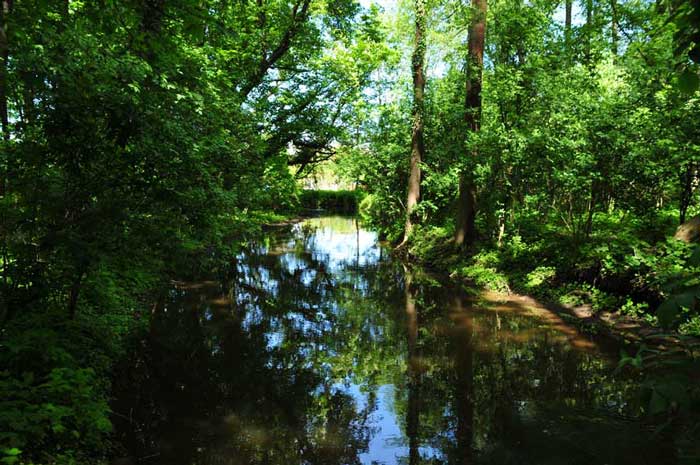 The Kleine Saale is not only to be seen as an inflow and outflow of water, but also as an important source of energy for processing grain. In general, it is also unlikely that the small hall provided drinking water at all. 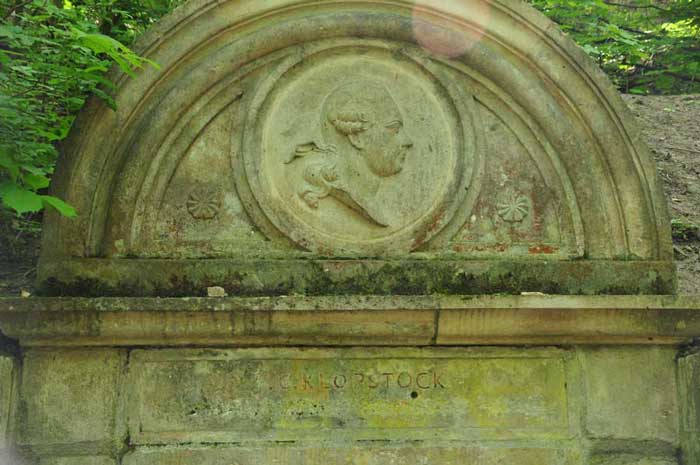 A report by Rector Christian Muff, written in 1899, emerges from the school archive, in which an essay by senior teacher Flemming is quoted. This senior teacher Flemming mentions in his essay that when the school was founded in the former Cistercian monastery, no pipelines or modernized springs were found, but two different wells that were probably used to supply drinking water. 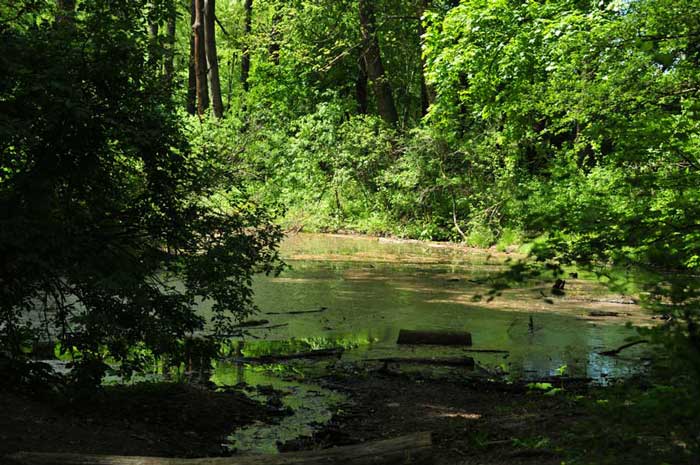