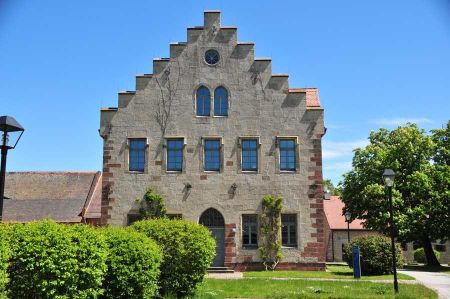 The historical imposing buildings of the "village" Schulpforte had already struck us several times when we were on the road 87 between Bad Kösen and Naumburg.

The often well-filled parking spaces also indicated interesting incidents that are certainly not easily recognizable when driving past. So let's do the research in preparation for a visit on site. Several times we noticed citizens who were packed with shopping bags and baskets full of wine, which suggested a wine trade.

The first research showed that the Pforta state school today is a boarding school for the promotion of talented people, which has existed since 1543 and is one of the oldest educational institutions in Central Germany. Since its foundation, the school has been using the grounds and buildings of the former Cistercian Pforta abbey in Schulpforte, a district of Naumburg in the Burgenland district.

Founding of the monastery by Bishop Udo I of Naumburg 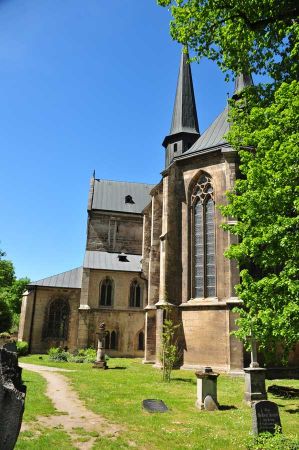 Bishop Udo I. of Naumburg moved the Cistercian monastery, which had been donated a few years earlier in Schmölln and was occupied by monks from the Walkenried monastery, to the Saale and named it Claustrum an der Pforte (monastery). The monks present cultivated the land around the monastery and by the time made it one of the richest monasteries in East Thuringia. In 1150 the monastery church was built in form of a Romanesque basilica and converted into today's Gothic monastery church from 1251 to 1320.

Already in 1209 the monasterium Cisterciensis ordinis apud Portam, which was under the special protection of the Saxon dukes, was named as belonging to 27 places with a total of 163 hooves, plus forests and meadows. Later the monastery became one of the largest landowners in northern Thuringia through inheritances, gifts and purchases.

After the secularization of the monastery in 1540, the Saxon Duke Moritz founded one of the three Saxon princely schools on May 21, 1543, in whose tradition the Pforta State School, which is housed in the former monastery buildings, still exists today. These schools are the oldest state schools in Germany. From 1543 to 2018 (according to the matriculation book) 21,291 students attended the Pforta State School and in 2018 the school celebrated its 475th anniversary. 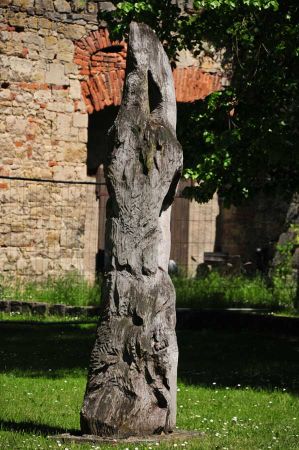 From the important pedagogue Friedrich Paulsen comes the much discussed thesis that the three Saxon princely schools have been the most efficient university preparatory institutions in the Protestant-German-speaking area since 1543.

150 boys from all ways of life received a university education here. The education was free of school fees. To secure the school's material security, Duke Moritz transferred the former monastery property to the Schulpforte Foundation. From 1573 to 1575 the school was rebuilt and expanded.

From the first day on, the students take on responsibilities in Schulpforta, such as the family and wedge service. The famulus sits in the entrance area of ​​his boarding school from the silent period, homework time in the afternoon. Wedge service is responsible for ringing the wedge bell, which instead of an electric bell determines the daily rhythm, for example the break and boarding times. Rules and rights are mainly distributed according to the grade level, the twelfth graders, for example, no longer have to perform the famulus and wedge services. The self-administration of the students is more pronounced here than at other state schools. The elements of boarding school life include the Neunerschwoof, a kind of humorous traditional inauguration ceremony for the new boarding school students, and the baptism at the Klopstock spring as acceptance into the Pfortenser community. In the course of the school year there are other traditions such as the Martini goose meal on November 11th, the rag ball in November, the elves with solemn development in Advent, the carnival in February and the school festival in May, at which the school birthday is duly celebrated.

Boarding school life between the 18th and early 20th centuries 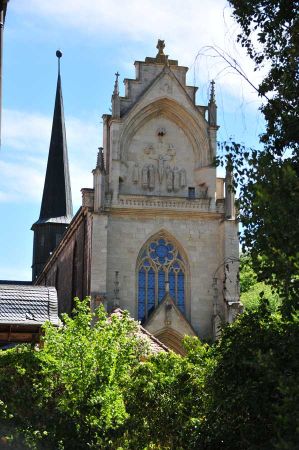 The regular teaching time initially only comprised around half of the pupils' working hours and was repeatedly interrupted by repetitive times or working hours. This meant that the students stayed in groups of about 10 to 18 students in the rooms, where they worked under the supervision of a primary school student (12th or 13th grade), who in turn did his personal work during this time. The students were still divided into table groups, in which the table elder had to ensure peace and quietness.

Among the primary school pupils, some had additional responsibilities as inspectors with supervision in the dormitories (for one or two classes each), during lunch and during free time within the school. These inspectors had the right to punish all students up to the upper secondary school (11th grade), even if they normally did not exercise this against the “upper taps” of the 11th grade. The assembly of inspectors imposed heavier sentences. Just in the case of serious violations the responsible teacher (Hebdomadar) was informed, who was also able to bring such cases to the teachers' conference (synod). 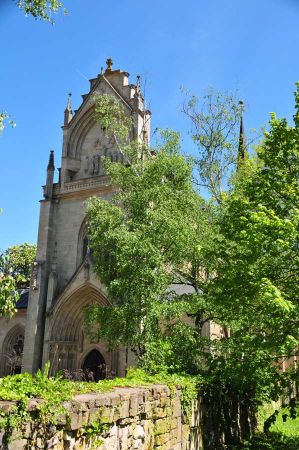 Today the inspectors have been replaced by hallway and boarding school spokespersons, the hallway spokespersons check their corridors at the beginning of the silent period (homework time) and when they are required to stay in a room (9:00 p.m. for ninth graders, then a quarter of an hour later for each year, there is none for twelve-year-olds Compulsory room more). Meal service is now divided up separately, each student has a turn in the year. Interesting insights into the grounds are possible because the school grounds are freely accessible during the day. The former monastery church with cemetery and the cloister can be visited too.

We also recommend the hiking and cycling trails that adjoin the area to the Kloppstock spring or the Bismarckturm, which then continue to Naumburg and Freyburg on the Saale cycle path or Bad Kösen, in short: a worthwhile stopover while exploring the Burgenland district.