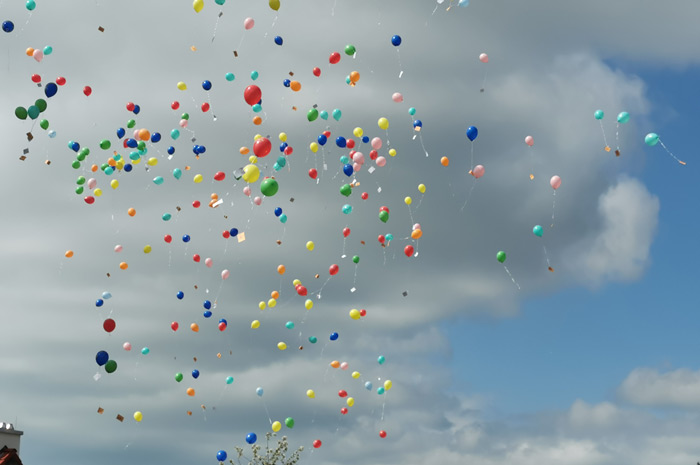 Letting balloons rise, combined with a card from the sender and the request of the "finder" to send back at least the place where it was found, is a very popular pastime for children and often enough for their parents. 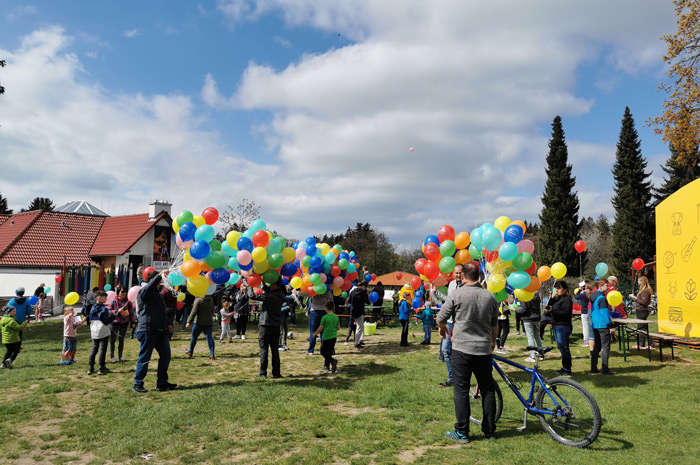 This was also the case during our product presentation site at the Gitzenweiler Hof campsite, which was very busy during this year's Easter days, which does not just refer to the number of children. 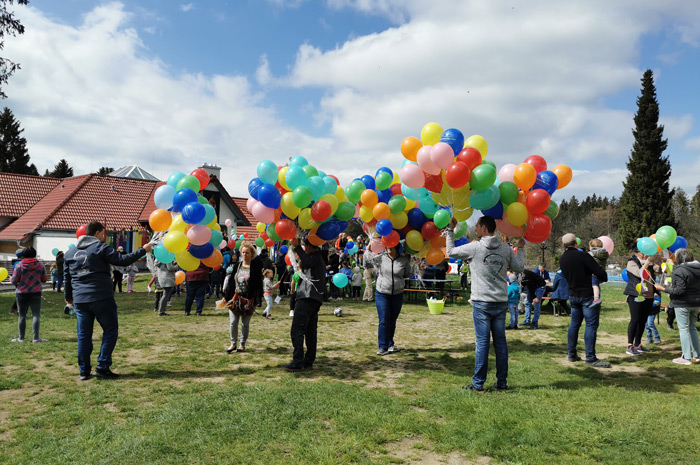 Latex is usually used as the shell material; the load capacity is usually achieved through the use of helium. Due to its atomic structure, helium is easily able to escape from the balloon. 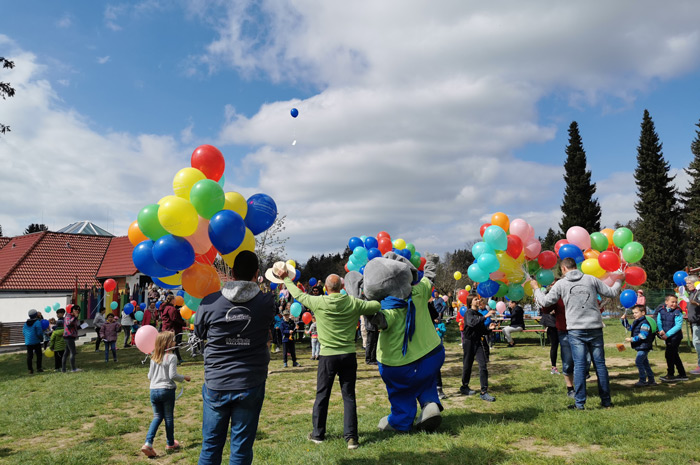 A balloon filled with helium therefore loses its buoyancy after just a few hours. Latex is very porous and allows gas (air) to escape. The balloon manufacturers therefore offer z. B. special helium compatible products. The rubber skin of these balloons is thicker and has been densified in its molecular structure. 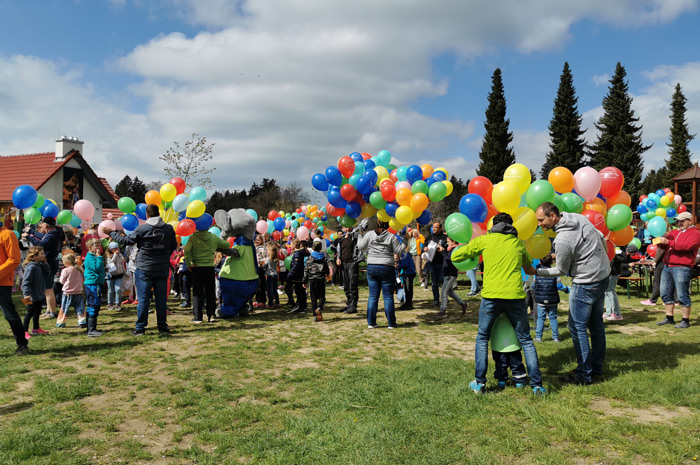 So when it comes to reaching the greatest possible distances, a dense balloon envelope and strong wind is definitely an advantage. During our stay we were able to see various measures taken by the children to increase the flight distance. 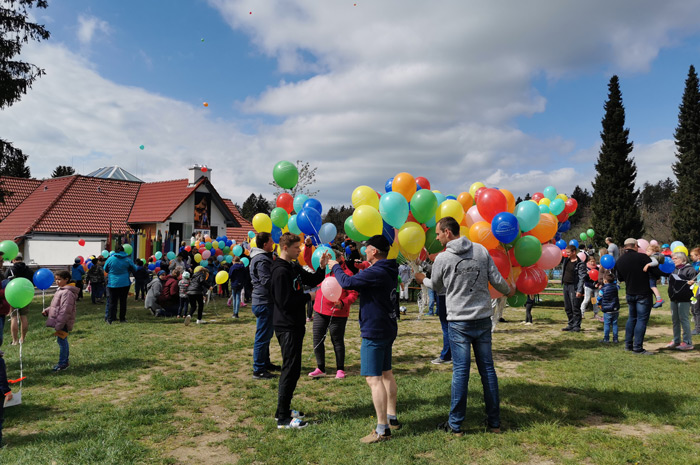 As a rule, and when it is not about the strong ascent to achieve great distances, the balloons are filled with ambient air or inflated with lung power. 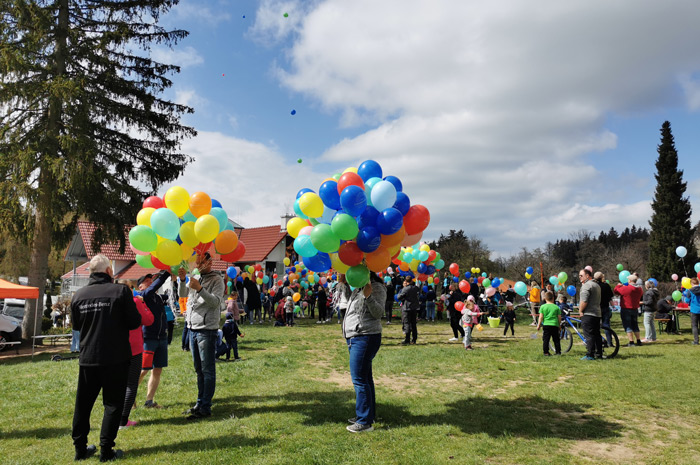 Helium, on the other hand, is not toxic or flammable. However, direct inhalation of the balloon gas should be avoided. Since helium displaces the air in the lungs, above a certain amount it leads to a lack of oxygen with consequences such as unconsciousness and permanent damage to health. 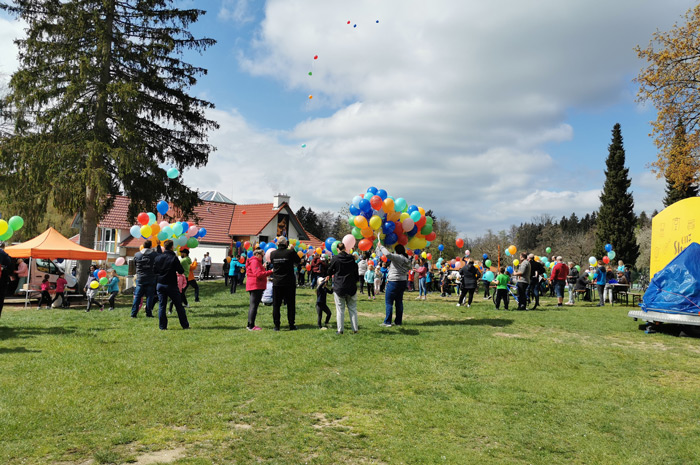 The first rubber balloon was made in London in 1824 by Michael Faraday as part of his experiments with hydrogen at the Royal Institution in London. He used raw rubber from which he cut two round surfaces, placed them on top of each other and pressed them together at the edges. The inside of the balloon was dusted with flour to prevent the surfaces from sticking together. 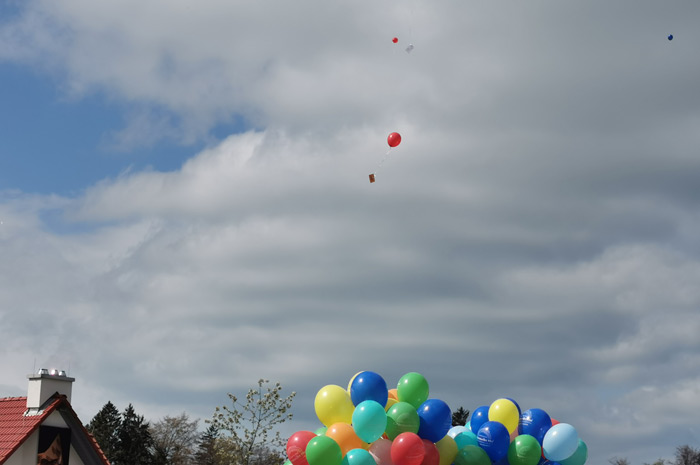 As reported in the Quarterly Journal of Science in 1824, this balloon expanded greatly, became transparent, and floated toward the ceiling. Just one year later, in 1825, this invention was sold by the Englishman Thomas Hancock (1786–1865) as a set, whereby the balloons had to be made from the raw rubber mass using a syringe. 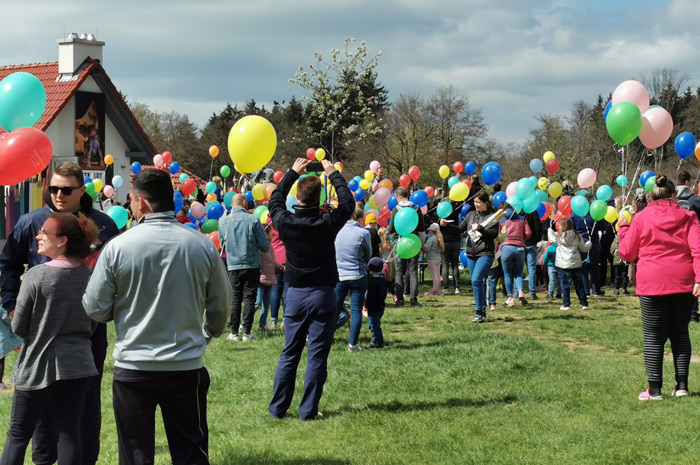 Because unvulcanized rubber is very sticky, durability was poor. Vulcanized balloons, made using the dipping method still in use today, were first made and sold in London in 1847 by J. G. Ingram. 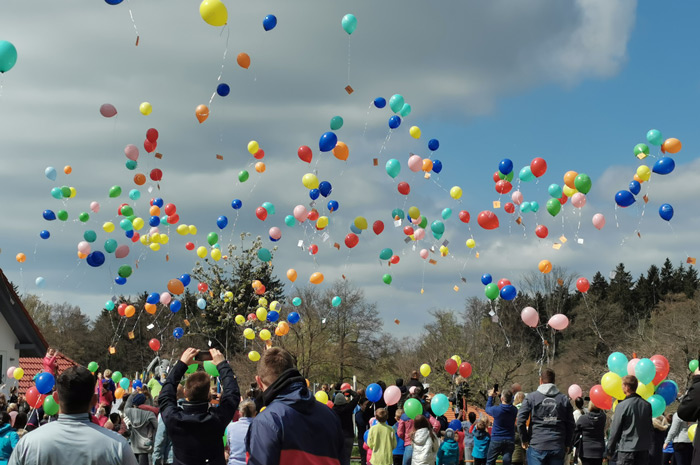 But this only once in passing. Our pilots often used too much helium, so that several bollons burst. Another method of achieving greater distances was by pairing balloons. 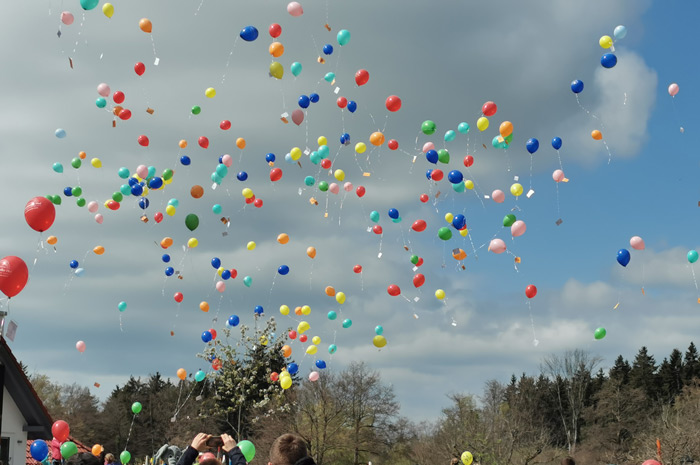 Unfortunately, we could not determine which of the methods should ultimately lead to the greatest distance. However, we were able to admire the perseverance and enthusiasm of the children (and the adults). 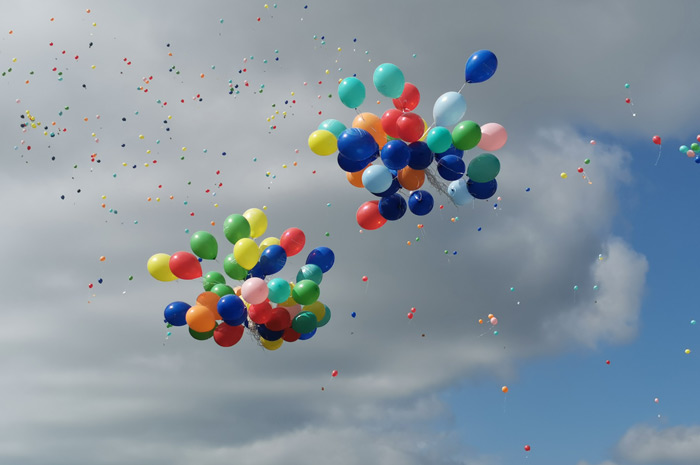