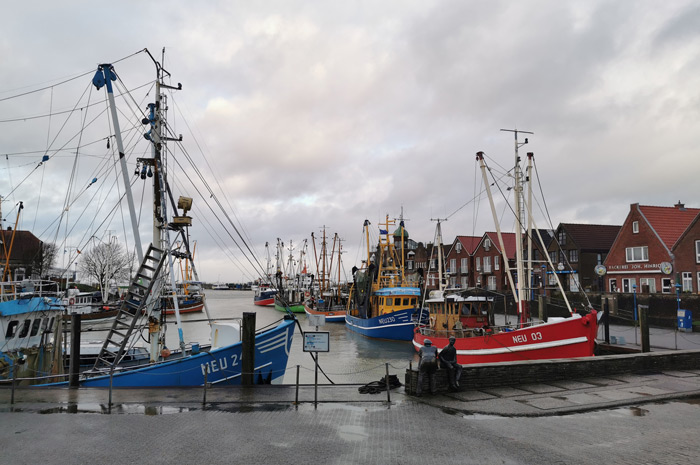 We continued our visit to various fishing locations on the North Sea and continued to Neuharlingersiel, which, apart from Greetsiel, is probably the only real fishing port, at least that is the first impression when looking into the port. 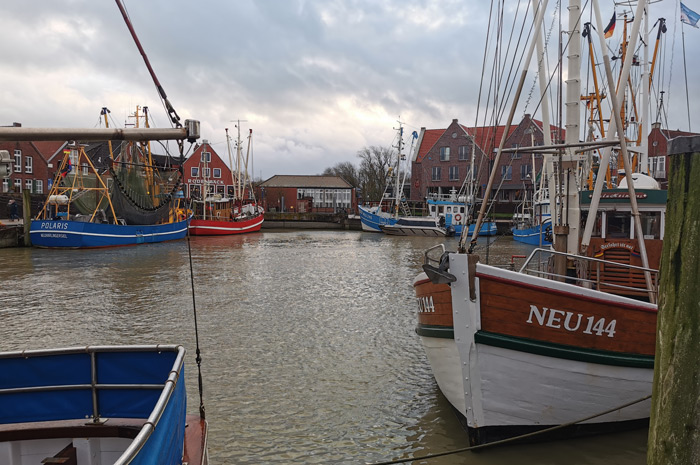 The strong wind was still whipping the rain showers across the country, but it became noticeably quieter in the harbor area and we were able to enjoy the sight of the fishing boats very much. 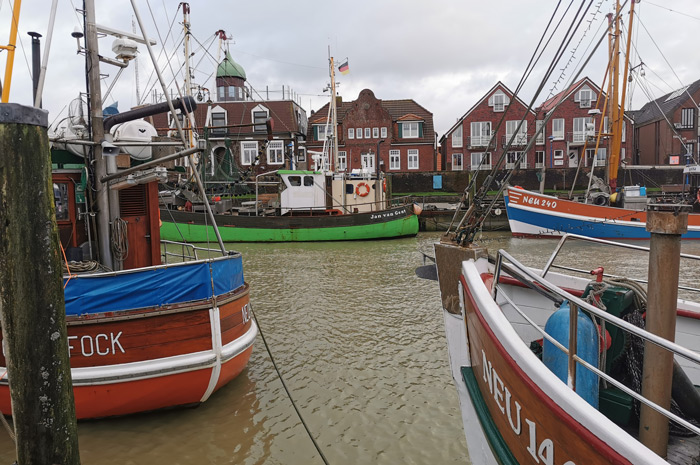 Neuharlingersiel is probably the only remaining port that, with its protective wall surrounding the port against storm surges, was able to retain the original character of a small North Sea fishing port. 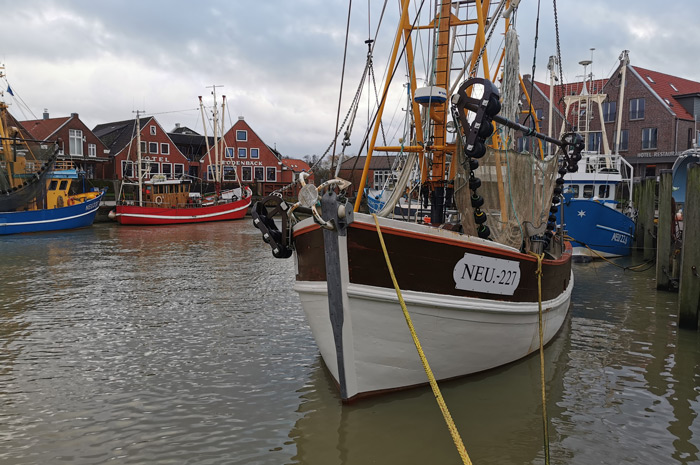 In general, a large number of monuments have been preserved in Neuharlingersiel, including the mighty harbor gate, which is closed during storm surges. The fishing port was first mentioned around 300 years ago. 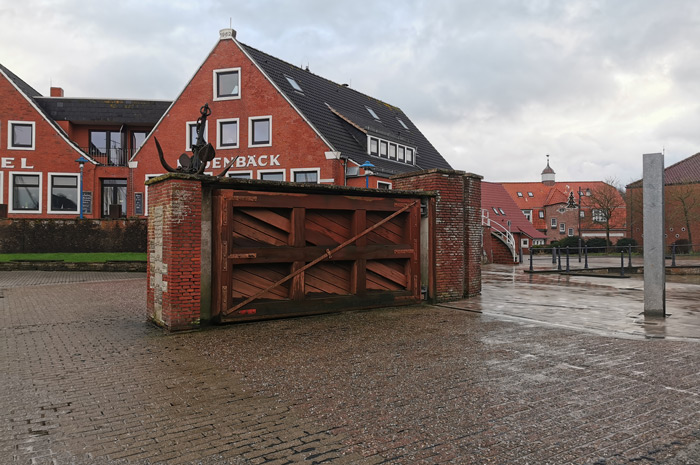 Other sights directly at the harbor include two sculptures of old and young fishermen by the sculptor Hans-Christian Petersen from Esens, which found their place in the harbour area in 2000. 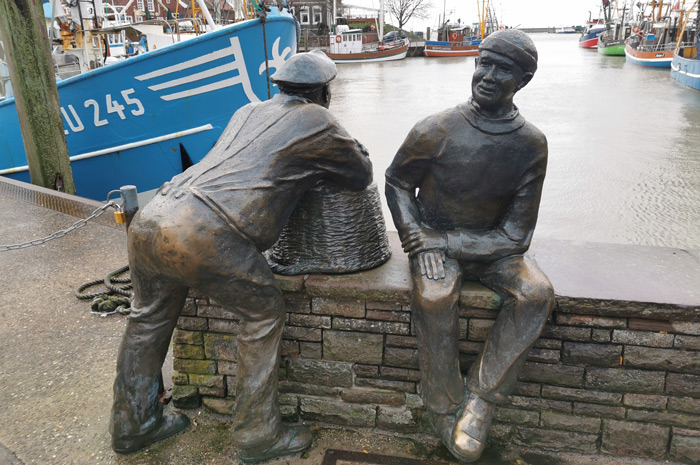 The traditional ship Lulu Meinders, a former fishing cutter built in 1963, which has had its berth in Neuharlingersiel since May 2010, is also one of the interesting objects worth seeing at the port. 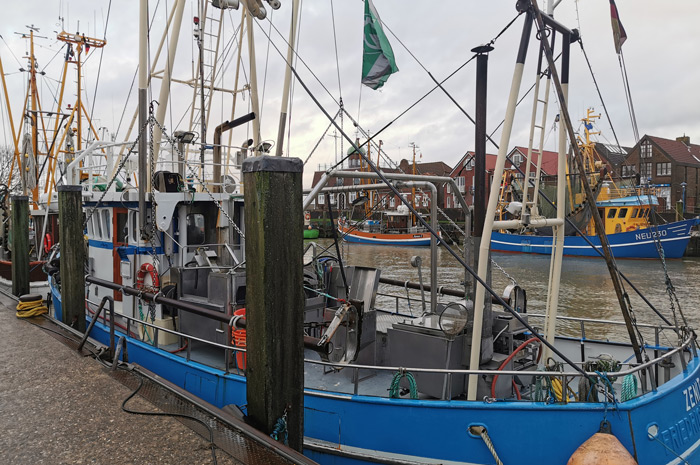 The local Ship in a Bottle museum exhibits over 100 ships in a bottle in 0.7 to 60 liter bottles with true-to-the-original ship models from the period from 200 BC to 200 BC. to the modern nuclear submarine. 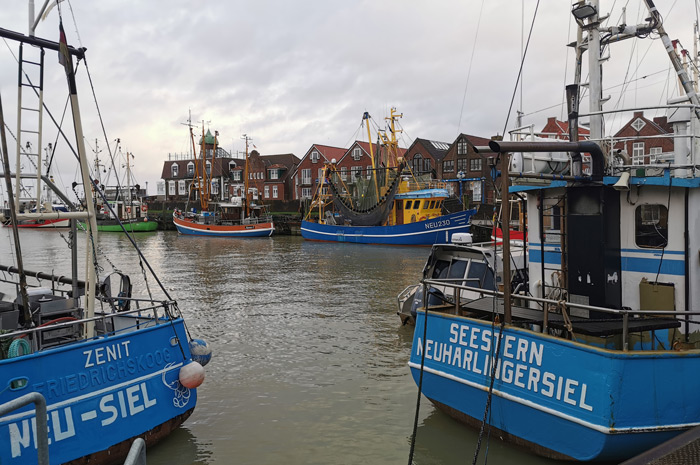 Among other things, you can see Admiral Nelson's flagship, the Victory, and the sinking of the Titanic in 1912. The exhibition is supplemented by architectural drawings, photos and pictures of the captain. There are also annually changing special exhibitions on the subject of fishing and deep-sea shipping. 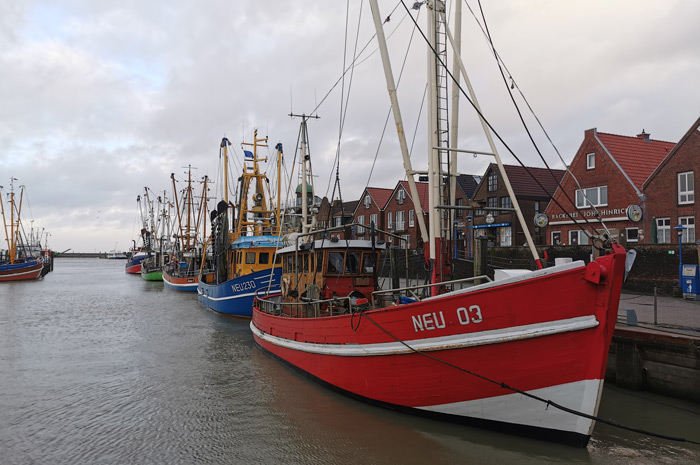 Carolinensiel to the east and Bensersiel to the west can be reached via a state road or via hiking or cycling trails directly on the dike. 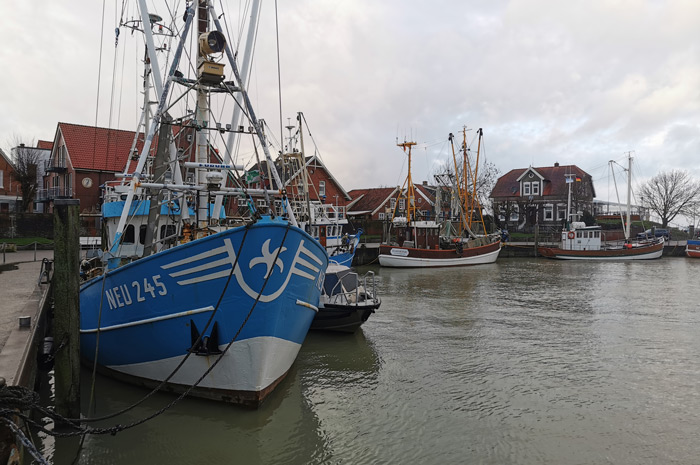 Neuharlingersieler Hafen is the ferry port for the connection to the East Frisian island of Spiekeroog. There has been a regular ship connection to the island since 1792, which nowadays usually comprises between one and four trips a day. 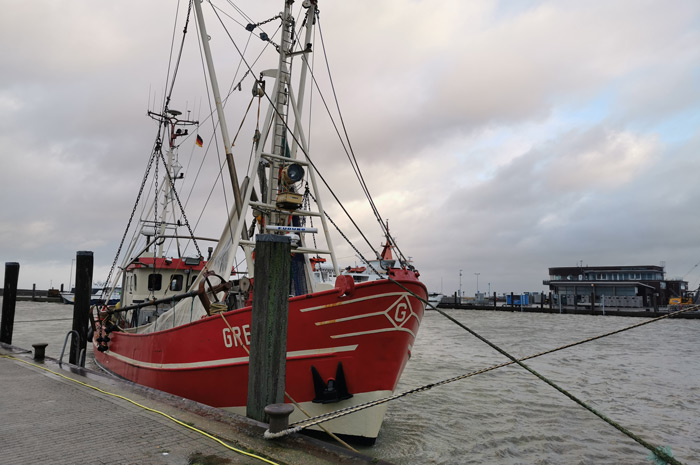 Around 1900 Georg von Eucken had a memorial erected in the wall of the Sielhof for the erection of the Kyffhäuser memorial in the form of a reliquary. There is no on-site identification of the clear nationalist and National Socialist background.

Riding E-bike to the Sösetalsperre near Osterode