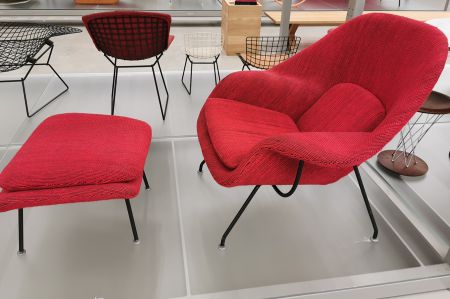 Seating furniture became popular in ancient times, roughly speaking and documented after the Neolithic Revolution. Originally, people sat on the bare ground, on rocks or on fallen tree trunks; in colder regions, animal skins were laid underneath, mats were woven, blankets were woven or carpets were knotted.

In some cultures of Africa and Asia, people sat in a kind of "squatting position" for a long time, just as they do today.

Wooden seating as a symbol of power 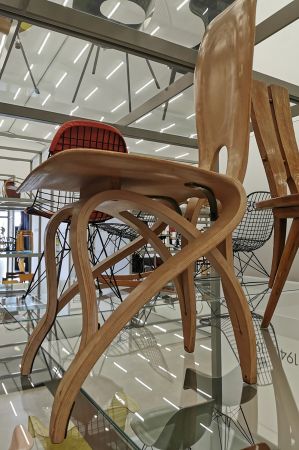 The first evidence of furniture comes from the time of the pharaohs and from finds from Akrotiri (Santorini) from around 1500 BC. From ancient Egypt, a highly developed, handcrafted furniture carpentry workshop is known.

Finds of tables, thrones and loungers from this period show knowledge of turning, veneering, inlaying and painting. In ancient Egypt, only the pharaohs, the kings of the Near East or the emperors of China sat or enthroned on stone or wooden chairs as a symbol of their power status. In simpler circles one knew - if at all - only simple craftsman stools with a wicker seat bed.

Famous pieces come from Tutankhamen's tomb from the 14th century BC. Chr. 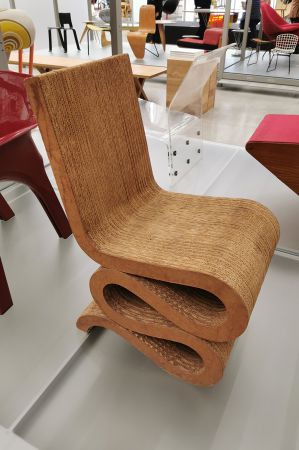 As a forerunner of the board chair, in the first half of the second millennium BC in Egypt appearing work stool with three mortised legs. But also from higher social classes around 1400 BC. used three-legged stools. From Egypt, the three-legged stool spread to other cultures, such as ancient Greece and Rome. Roman representations show the development of a four-legged variant with a square seat. Up until the Middle Ages, however, the stool with mortised feet was mostly a seat for the lower social classes.

Ancient Greek houses were furnished with chairs, stools, tables, beds, chests, dressers and daybeds. The ancient Greeks (from the 8th century BC) were already familiar with the craft of turning. They used simple mechanical lathes that could be turned with the feet.

Tools and fashionable accessories on chairs The Romans used what is probably the most well-known piece of antique furniture: the “Kline”, a type of bed on which people lay at feasts and for normal meals. The upper class in the Roman Empire owned furniture with silver and gold plating, tortoiseshell inlays and valuable veneers such as citrus.

The further spread of the sitting position took place, beginning with the thrones of kings and princes, at the places of secular and spiritual power, in ruling houses and monasteries (e.g. on wooden benches in knights' halls or on stone benches in chapter rooms). However, individual chairs remained reserved for high-ranking individuals.

Sitting in chairs is becoming the norm 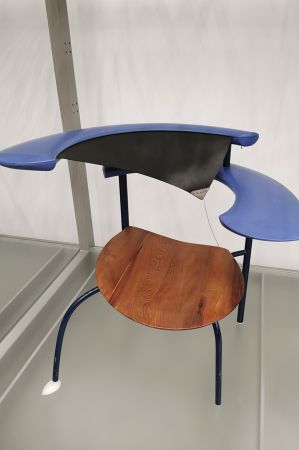 Subsequently, from around the 16th century, the practice of sitting on chairs was adopted by the growing bourgeoisie or by landlords. Only from the 18th/19th In the 19th century, sitting on chairs gradually became the norm in large parts of the population, although for a long time a distinction was made between an armchair reserved for the head of the house and simpler seating (benches, stools, etc.) for the other family members or even for the servants.

The normal or simple chair today usually consists of the four chair legs, the seat and the backrest. However, not only their function is decisive, but also their quality. Here play u. a. the assembly of the chair legs, the material, the chair springs and the upholstery play a crucial role in terms of durability.

Chair designs over the years 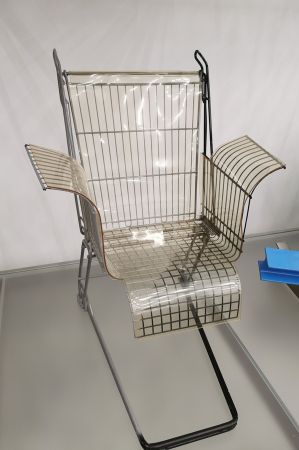 Both the chair legs and the seat and backrest can be of low quality, but they can also be of high quality. A quality chair can last a lifetime, while a poor quality chair that looks exactly the same may have a defective upholstery or a broken chair leg in as little as a year. Chairs with inferior feet that are too sharp can also destroy the carpet on which they stand.

Consequently, choosing the right chair is a challenging task, especially for overweight people and people with disabilities. It should be noted that, with the exception of children's chairs and special designs, chairs are not usually designed for all weight classes.

A cushion cushions the chair; For this purpose, so-called zigzag springs are often used, which make the entire pad elastic downwards and thus contribute to even weight distribution. In addition, you will also find springs on it that prevent the seated person from pressing in the upholstery up to the level of the frame.

If, after turning the chair, you only see a grate on which the upholstery rests, this chair is rather of inferior quality, unless there are springs attached to the grate. If you can only identify a plywood board, it is even very likely that the manufacturer only relies on the filling of the upholstery. However, the load on a chair is different from that of a pillow - a similar structure therefore also clearly counteracts the sustainability of the chair. 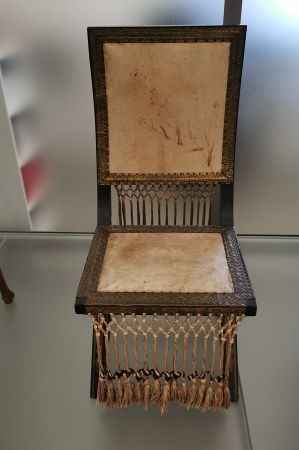 Materials such as aluminum and steel have also proven their worth for chair construction and have become popular in some cases, as many of the disadvantages of wood are avoided here. Nevertheless, chairs made of these materials often appear colder and more uncomfortable than wooden chairs. Carpenters who, due to the greater effort and costs, often make chairs for themselves, for individual orders or as part of the master craftsman's examination, are becoming rare. Today, chairs are mass-produced by machine.

However, before series production begins, sample chairs are built. Often also in connection with important interior architects and/or designers who develop new forms on behalf of industry or for reasons of their own productivity and then later go into production. 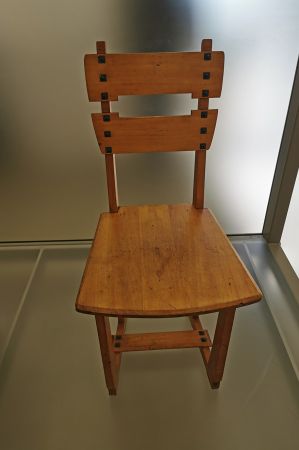 There are numerous high figures here who have contributed to the development. Last but not least, the artistically designed chair is also becoming increasingly important, even if some designers sometimes overshoot the mark.

In the chair museum on the Vitra site in Weil am Rhein, you can get to grips with developments from the recent past, including the design of some models that seem utopian. But see for yourself.

Return from Dornburg – visit of the district of Camburg