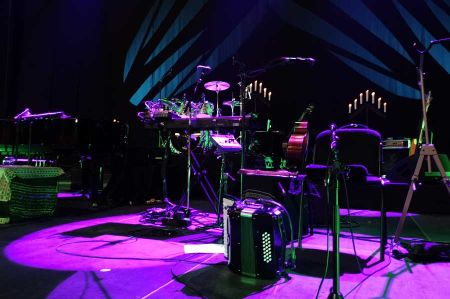 It is almost an eternity ago that Loreena McKennitt gave her three legendary concerts in the Alhambra of Granada in September 2006, which were recorded by the American television broadcaster Public Broadcasting Service and released as a concert recording on DVD.

A very significant place for the musician from Canada, her music also excels in the recent albums with mystically influenced lyrics paired with the music of traditional instruments.

The Alhambra - a work of art of Moorish building culture 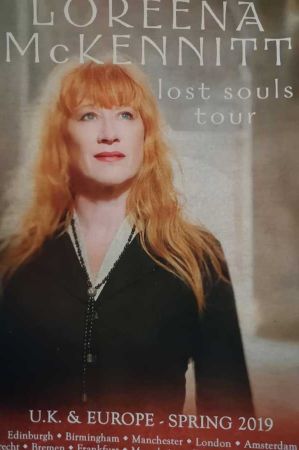 The Alhambra in Granada is a major city fortress on the Sabikah Hill, which is considered one of the most significant examples of the Moorish style of Islamic art. To show her connection to Celtic and oriental culture is one of the highlights of her life. The Alhambra is still one of the most visited tourist attractions in Europe and since 1984 World Heritage by UNESCO. The castle is about 740 m long and up to 220 m wide. To the east is the summer palace Generalife in front of it.

In preparation for the album "An Ancient Muse" following the Alhambra concert, she undertook research trips to Turkey, Greece as well as China and Mongolia, where we had the pleasure to meet Loreena McKennitt in person. On November 17, 2006, the album was released. The concerts of the following eponymous European tour in the spring of 2007 were sold out in many places. In November 2010, the album "The Wind That Shakes the Barley", a collection of Irish folk songs, was published. This album is also the focus of the two European tours in spring and summer 2012.

Musical orientation on the Celts walks 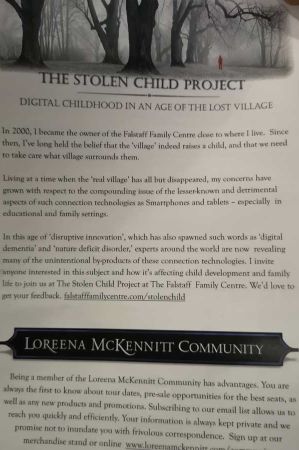 Dominant here are traditional Irish or Celtic and oriental motifs, which are not due solely to their origin due to their Irish and Scottish ancestors. Rather, it is also the fundamental interest in the tribe of the Celts, who migrated from Ireland to the region around Ankara in present-day Turkey. We had researched and published here too about the Celts. However, with her album "A Midwinter Night's Dream", Loreena McKennitt is also committed to her religious roots by interpreting Christian texts and hymns. Loreena McKennitt also uses traditional and classical themes in her music. She did, as a sample, works such as "The Lady of Shalott" by Alfred Tennyson, "The Dark Night of the Soul" by John of the Cross and "The Highwayman" by Alfred Noyes, as well as several texts by William Shakespeare.

In her music, Loreena McKennitt uses stylistic elements such as modal keys, quint-parallel vocal or drone drones as well as typical rhythms and instruments, especially from the "celtic folk": she thus achieves an archaizing effect. On the albums "The Mask and Mirror", "The Book of Secrets" and "An Ancient Muse" are more influences of Spanish and oriental music (especially Sufism). Loreena McKennitt plays several instruments, like piano, harp and accordion.

Now live in Budapest in the László Papp Sportarena 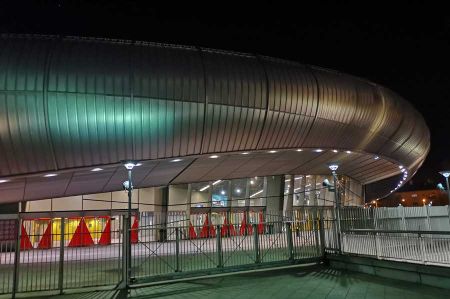 One of our last encounters has meanwhile gone back several years, when we were able to conduct an interview with Loreena McKennitt on the balcony of the Konzerthaus overlooking Lake Zurich on the occasion of her concert there. Now the sports arena in Budapest should be the destination of our concert visit. From Vienna just 240 kilometers, here we are.

Papp László Budapest Sportaréna is a multipurpose hall on a large area together with the National Stadium Puskás Ferenc Stadion, the open-air ice arena Kisstadion, the Velodrom Millenáris Sportpálya and the SYMA sports and events center. With a maximum audience capacity of 15,000, it is the country's largest sports and entertainment venue. We were curious to see whether the acoustics, and then later, how their modal keys, quint-parallel voice guidance and drone sounds as well as the typical rhythms and instruments would come to terms with the acoustics of a multi-purpose hall. But technology makes lot of things possible.

The hall was well filled, the seated audience focused very much on the music, as it is usual at the concerts of Loreena McKennitt. Deep in their super-great voice, great musicians in the company, all of them absolute masters. Perfect. No picture should disturb the mood, photos just before the concert. Alright, but just one.