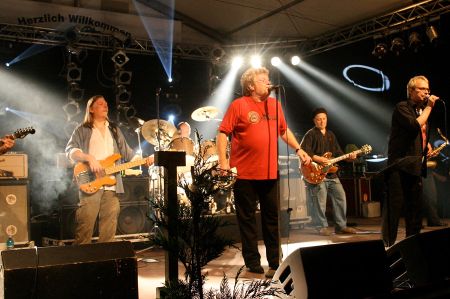 With our lunch date, we had heard something about the town of Rodgau near Frankfurt for the first time in a long time. And at the time it wasn't the place itself, but a rock formation that used the town's name as a band name in the late 1970s: Rodgau Monotones.

Whether and what kind of addition "Monotones" should actually mean is not known to our research so far, but it does allow for conclusions. Because Rodgau only became known nationwide through the hits of the band Rodgau Monotones, for example "St. Tropez am Baggersee” (which actually exists in Nieder-Roden) or “Have mercy on Hesse”. The Rodgau Monotones received the Culture Prize of the City of Rodgau in 1983 and the Citizens' Medal in Gold in 2009, the city's highest award. 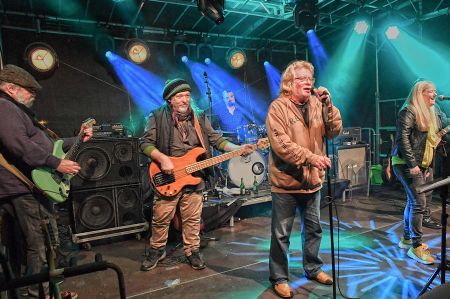 The five musicians from the Rodgau area met for the first time in the rehearsal room in November 1977 and founded the Rodgau Monotones. They wanted to make music together that wasn't German or jazz rock, but rather a kind of party rock. In the early years, they limited themselves to performing pieces by ZZ Top, Johnny Winter and Queen with German lyrics. In 1978, Henni Nachtsheim joined the band with his saxophone, later also becoming known as a member of the comedy duo Badesalz.

The band's first performance took place on Fastnacht 1978 at the Roxy in Offenbach am Main - as a pause filler for "Hartz Reinhard Revival", in which Mob and Osti (Jürgen Böttcher / drums and Peter Osterwold / vocals) also played. This was followed by a series of performances in smaller venues, where up to 2000 people came to the concerts when the band was still unknown in Frankfurt. In 1980, the first performance in the Batschkapp in Frankfurt-Eschersheim followed, which was over after just one hour due to a lack of repertoire.

"Naked in the Wind" for the "Live Aid Concert" 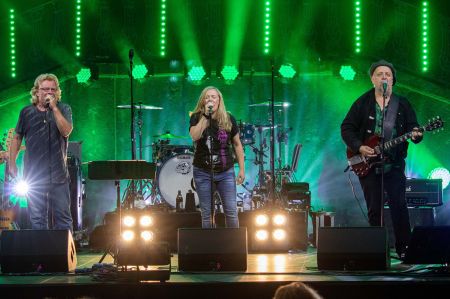 In 1982 they recorded their first album "Want ye music, or what?" and went on tour regionally. With the single "Ei Gude" as from their second album "Vanishing Point Dudenhofen" they made their first radio appearances. The chart successes of the album "Volle Lotte" (16th place) and the single "Die Hesseomme!" (22nd place) helped the Rodgau Monotones to their final breakthrough. In 1985 they followed up with the long player "We'll see each other in court" (23rd place) and the single release "Hallo, ich bin Hermann" (75th place). In the same year they played the German contribution "Nackt im Wind" to the "Live Aid Concert" in the Band für Afrika together with other rock greats at the Cologne Cathedral.

Participation in the festival in the stadium on Bieberer Berg in Offenbach am Main in 1984 with Santana, Bob Dylan and Joan Baez was followed in July of the same year by "Pampa-Power" in the FSV Frankfurt stadium on the Bornheimer Hang with Flatsch!, Die Crackers, Feinbein, Hob Goblin, Roger Chapman, the Anti-WAAhnsinns-Festival and on October 19, 1985, following a performance at Kuli in Eine will win an additional one at the ARD Rockpalast. As part of the Deep Purple Open Air 85 on June 29, 1985 on the Maimarktgelände in Mannheim and on July 6, 1985 on the Zeppelinfeld in Nuremberg, you had the honour of opening both festivals (with Roger Chapman, Mountain, Meat Loaf and Deep Purple).

Demonstration against the planned nuclear reprocessing plant in Wackersdorf

In 1985, the caricaturist Chlodwig Poth and his daughter Leonore Poth produced a 30-minute music film with cartoon elements called "Rodgau Melodies - The Rodgau Monotones and their Songs" for the Hessian Radio. The rudimentary plot of the film - now available on DVD - played at a Rodgau kiosk.

On July 27, 1986 they had a joint appearance with Herbert Grönemeyer and the band "Die Toten Hosen" at the demonstration against the planned nuclear reprocessing plant in Wackersdorf. On June 7, 1998, the Rodgau Monotones played at the Waldstadion after the last game of the season in the 2nd division to celebrate the promotion of Eintracht Frankfurt.

Citizens' festival in Erfurt on the day of German unity