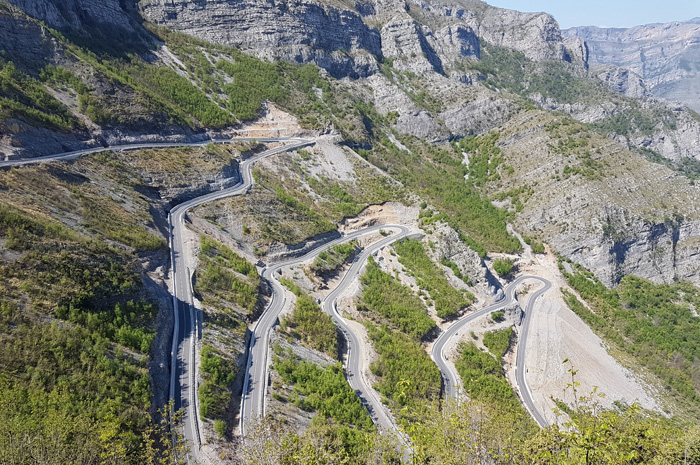 It was a really imposing tour that we had done together with Linda and Franc from Legjenda Camping, when traveling along Lake Shkoder to the Cem Valley and Tamara some time ago, which we wanted to do again now next to the border crossing at Hani Hotit. 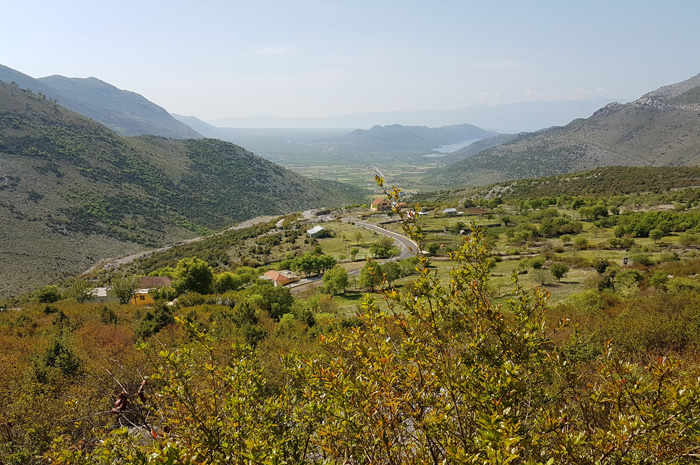 The view from a view point at the pass of about 800 meters of height to the Shkoder lake at the time was simply fantastic, so we wanted to repeat this experience together with the guests of the part wise guided camper tour. 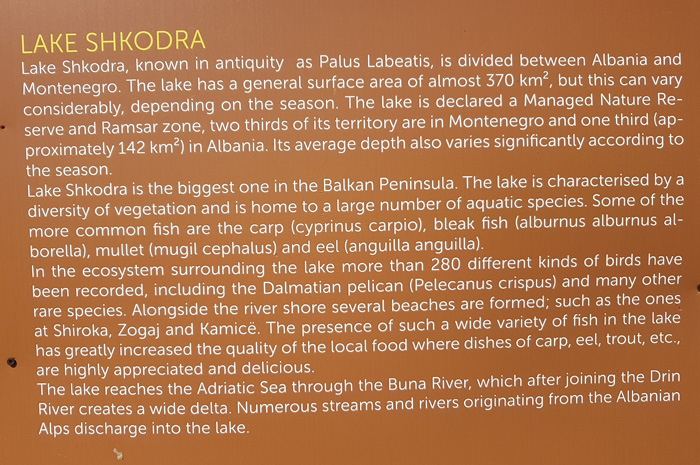 Shortly later after leaving the first view point, on a further platform, the view opened down into the Cem Valley, where the winding, but newly paved road led us down in many serpentines, a really adventurous route. 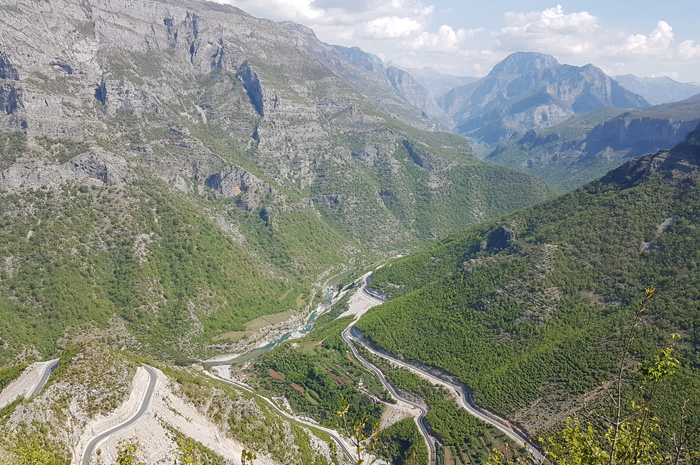 From here, the view extends far into the valley, which for many years was a cul-de-sac, because in the end there is just another valley called the Vermosh Valley, from which there were no further border crossings into Montenegro. Thus the peasants living there in the valley were cut off from civilization and often placed on their own. 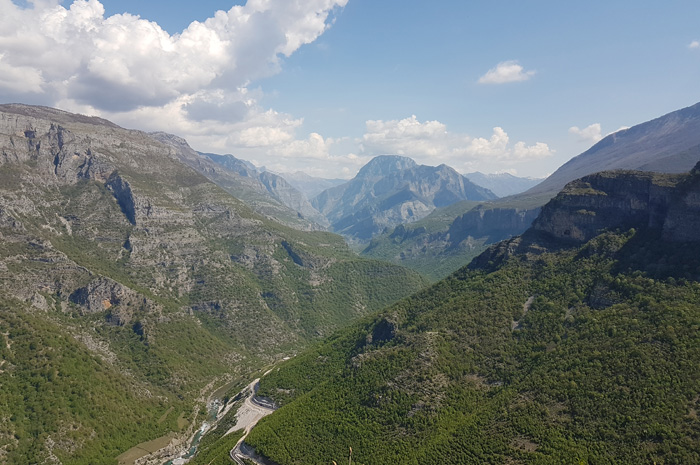 The more then 2,000-meter-high mountain peaks of the Albanian Alps rise majestically into the blue sky. 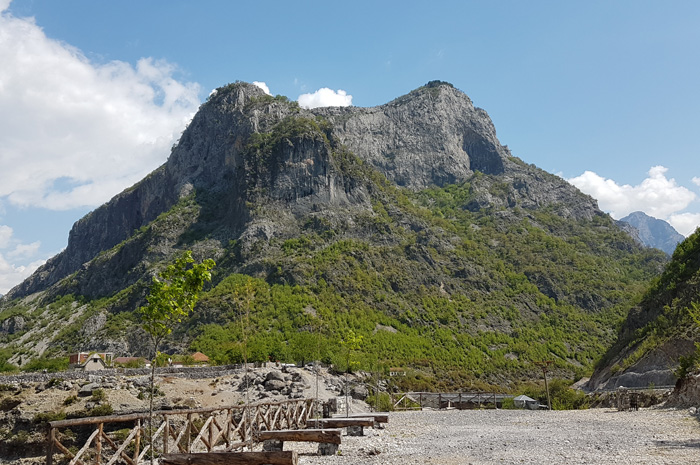 Further down in the valley, which runs almost parallel to the border of Montenegro, local government had already set up an information point with different sign boards since our last visit, which should also provide access to the hiking trails. 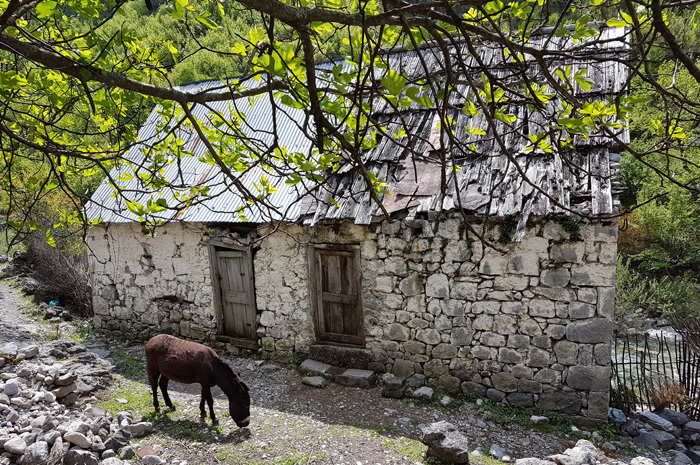 A little later we came across this small farm, directly next to a bridge, where a donkey appeared on the sparse grass, seeming lonely and deserted. 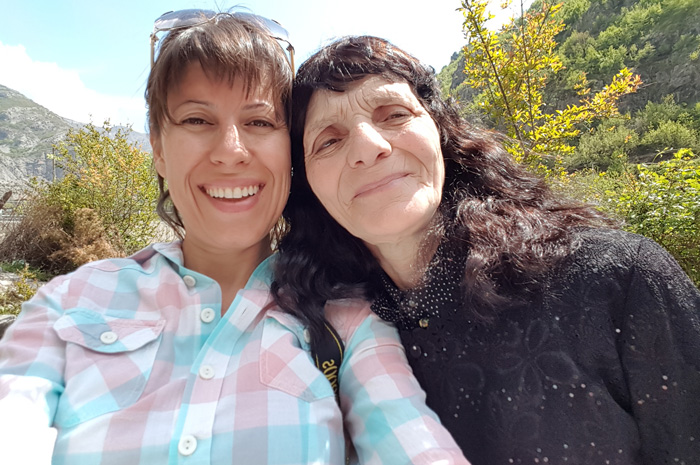 A female voice looked at us, for suddenly the peasant woman had appeared from the bushes. Fortunately, the language skills always help a bit further, because in the Albanian language there are many borrowings from the Turkish. 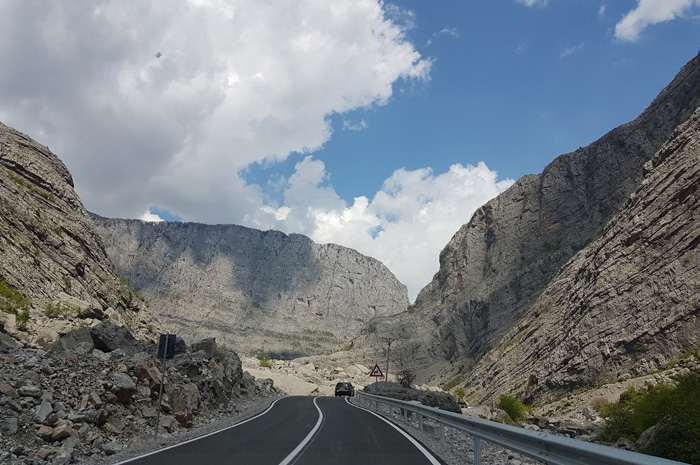 An ancient masonry arch bridge, long since replaced by a new construction, aroused our special interest. Certainly the bridge had also been replaced in the course of the new road. 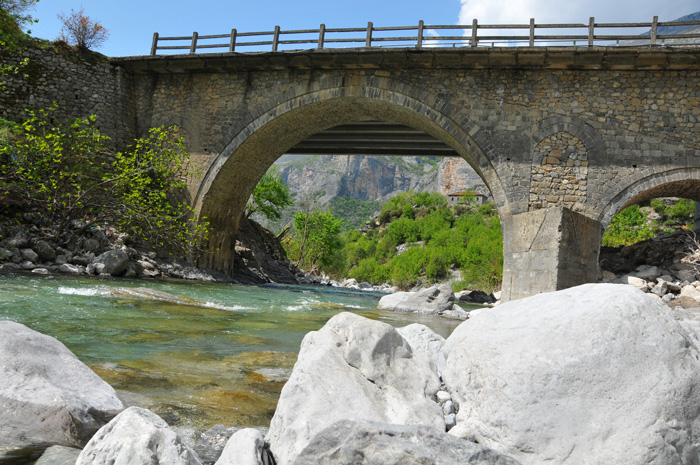 Then the road rose again in many serpentines, we had already left the mountain village Tamara after a delicious lunch (grilled trout from the wild water), when strong rain clouds raised. It was soon getting darker, so we decided the reversal. 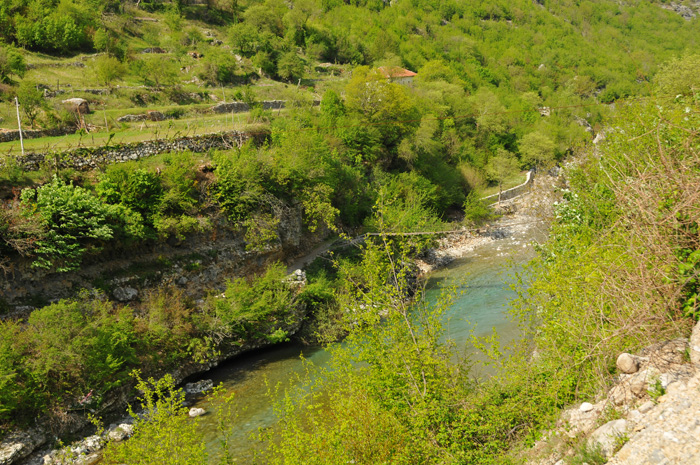 The farther we came back toward Shkoder, the more friendly the sky was looking, it cleared up again. Now the suspension bridge crossing the river had aroused our interest. 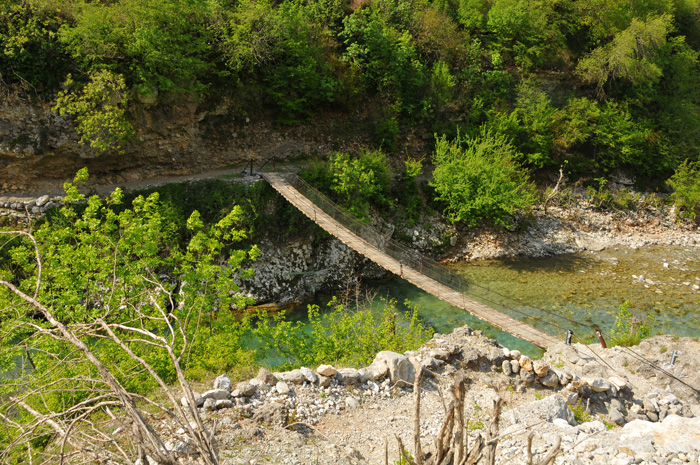 A narrow footpath led down, barely wide enough for a mule. The farm was then a few hundred meters higher on the mountain slope. An adventurous approach.