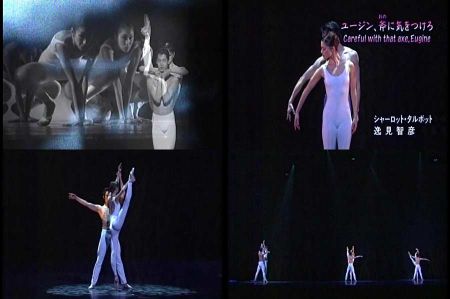 “Pink Floyd Ballet”, the show by Italian Teatro alla Scala Ballet Company, which had its world premiere in 1972 with magnificent live performances by Pink Floyd – the legendary rock band- will be on stage with it’s last and longer version at the Istanbul Congress Center between November 25th and 28th, courtesy of “Show How” organization.

Pink Floyd, who rocked the world with hits like “Hey You”, “Is There Anybody Out There?” and “Money” and developed a loyal following of millions, will rock their fans this time with 12 hit songs adapted to ballet. Teatro alla Scala Ballet Company, the world’s most prestigious ballet group, founded in 1778 in Milano, will be in Istanbul for 4 days with 5 shows featuring Pink Floyd songs. The ballet, performed by famous dancers of the group, is also recognized for its stage adaptation and outstanding lighting by Jean-Michel Désiré. Pink Floyd ballet features 18 parts made up of 12 hits that broke sales records like “The Wall”, “The Dark Side of the Moon”, “Meddle”, “Relics” and “Obscured by Clouds”.

The ballet, which was written to please a 12-year-old girl, has already swept the world by a storm. Famous choreographer, Roland Petit, who didn’t want to break his daughter’s heart, flew to England to share his vision with Pink Floyd. The band members were so excited about the project that soon after in 1972, the show had its world premiere featuring live performances by Pink Floyd and genius choreography by Roland Petit. Over time the four initial sections grew in stature and the ballet, in its most articulate structure, was presented practically the whole world over. For Italy, it is La Scala that has presented the ballet for the first time in its entirety. These 90 minutes of pure dance will see the entire La Scala Ballet Company involved in solos, duos and group sections, with a great distribution highlighted by Pink Floyd music.

“Pink Floyd Ballet” is brought to you by Show How organization with the generous support of the Italian Government, the Italian Ambassador to Turkey Gianpaolo Scarante, the Italian Counsel General in Istanbul Gianluca Alberini, the Mayor of Milan Letizia Moratti and the Vice President for Arts and Culture Maximiliano Finazzer Flory in coorporation with the Italian Cultural Institute under management of Gabriella Fortunato as well as Celaleddin Bilgiç, a Turkish businessman who plays a vital role in Turkish Italian relations.

The show is sure to provide an unforgettable experience to Pink Floyd fans and dance enthusiasts alike with 5 performances over 4 days at the Istanbul Congress Center starting November 25th.
Teatro alla Scala thanks Unicredit, Main Partner of foreign tours of Teatro alla Scala.