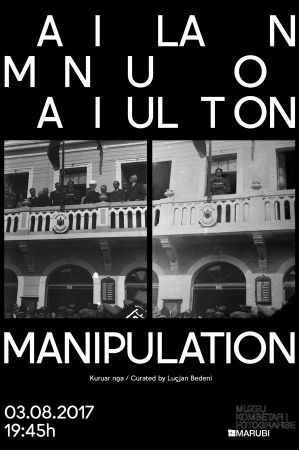 The invention of photography by Nicéphore Niépce in 1825 through the process of heliography pushed early photographers to perfect their techniques. Not long after its creation, first practices of manipulation followed.

Since the beginning, photographs have been manipulated using different techniques and methods. The direct intervention to the print, retouch with ink, scratching, artificial light in the dark room or intervention in the negative, had a profound impact on how we interpret or judge a photograph making it important to know if manipulation had occurred.

History tells us that photo manipulation has been used to deceive, to persuade viewers, to fake the truth or to create false myths. Artworks, satire, humour, “ghosts” photography, glamour photography, political propaganda and piecing together multiple photographs to add missing family members or groups, were common practices used since the end of the 1800s.

In 2013, some unknown negatives were discovered from the Marubi collection. These photographs show us an early history of image manipulation since the beginning of the 1860s in Albania. The photograph of Pietro Marubbi “Dr. Gennaro Simini” (1860) shows  Doctor Simini posing first as a client, then as a patient and finally as a doctor. We believe this image might have been used as an advertisement. The photograph of Pietro’s portrait with a body too small for his head, and stuck to the outside of a cup like a sticker and the faces of Kel Marubi and his sister placed on the bodies of two exotic African fighters, are the first examples of the development of such techniques. Experiments with photo manipulation were also used by the other generations of the photographers, Kel and Gege Marubi. The images of King Zog I marriage to Queen Geraldine in 1938 taken by Kel were retouched and later published in the magazines of that time. Same as Henri de Toulouse-Lautrec in the photograph of 1892 where he posed as an artist and a model, even Gege appears a photograph in different positions, as if he is talking to himself. Two photographs from 1927 and 1940 by Kel and Gege Marubi showing Father Anton Kiri sleeping over a chair and then over tree trunks, with a ghost sitting near him and playing a violin, show another unknown dimension of the technical mastery of the Marubis.

One of the reasons for photo manipulation was the elimination of “enemies of the people” from the photographs. This was practised also in other countries of the communist block such as Albania during the communist dictatorship (1944 – 1991). When the collectivization started in 1952, photographic departments were also created.  In the earliest years, they were part of the cooperatives and later on- the Enterprises of Repair and Services. Photographers who previously had their own private studios, were forced to hand over their photographic collections and to work for the State. These departments included photographers, laboratory technicals and also members of the State Security who surveyed the process. Marubi’s photographs could not escape this propaganda machine and the retouche techniques which became widespread. The photo album “Traces of national history in Shkoder phototeque” (1982) opens with one of the most incredible examples of manipulation during the regime. Personalities in the balcony of the Municipality of Shkoder giving a speech on the occasion of the reburial of the patriots Çerçiz Topulli e Mustafa Qulli in 1936, were erased and here we see only Enver Hoxha giving a speech.

Part of this edition included other retouched photographs. In one of these  we see Shkoder deputies Luigj Gurakuqi, Gjergj Fishta and Ndre Mjeda in a picture taken by Kel Marubi in 1923, where the national poet Gjergj Fishta was removed.

This exhibition aims to reveal for the first time, the before and after photographs that had been manipulated by the communist regime and face them with the truth of the untouched negatives.

More places to see in Shkoder