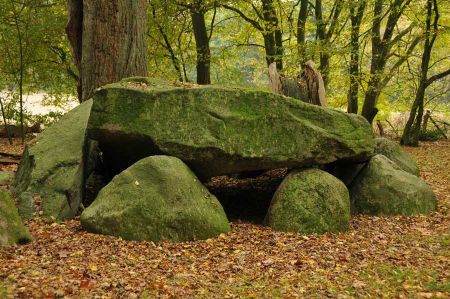 Our tour through the north of Germany had led us, next to the visit of the still relatively "young" Museum and Park Kalkriese as the presumed site of the Varus Battle (we will report later) to the Ahlhorner Heide at Wildeshausen next to the local megalithic tombs from the time period between 3500 - 2800 BC.

The typical Nordic megalithic architecture of the huge stone tombs is a product of the so-called funnel beaker culture (TBK). The funnel beaker culture is an archaeological culture from the Neolithic period (about 4200-2800 BC). In Northern Central Europe, Central Eastern Europe and Southern Scandinavia, it is the first crop of the Early Neolithic that is of predominantly agricultural tradition. The term TBK was introduced in 1910 by Gustaf Kossinna due to typical mug with funnel edge at the time.

Culture and beliefs of Neolithic societies 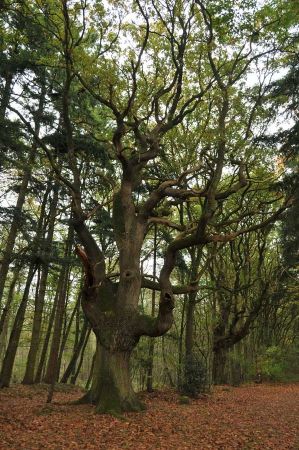 The archaeologist and explorer Ewald Schuldt excavated more than 100 plants of various types (Urdolmen, extended dolmens - also called rectangular dikes -, passage grave, large dungeons, Hünenbeds no chamber and stone box), so-called megalithic tombs in Mecklenburg-Vorpommern between 1964 and 1974. According to estimates, TBK carriers built nearly 30,000 megalithic tombs. About 7,000 of these megalithic tombs are known in Denmark, of which about 2,800 have survived (in Germany, about 900 of presumably 5600 have survived).

Neolithic monuments are an expression of the culture and beliefs of Neolithic societies. Their formations and functions are considered indicators of social development. Quite often, religious movement were suspected as a reason for these graves. This could, like Christianity in just 2000 years, split into various sections during more than 8000 years. The characteristics of the plants could then be determined regionally.

Some of these megalithic tombs are located in the extremely scenic moor scape of Wildeshausen, which is also ideal for cycling tourism for several days. It is obvious to explore the megalithic tombs by bicycle. Signposted cycling and hiking trails run through this wooded part of the Geest, passing varied forests, pastures and fields, through a landscape that is a rewarding destination for hikers and nature lovers in every season. 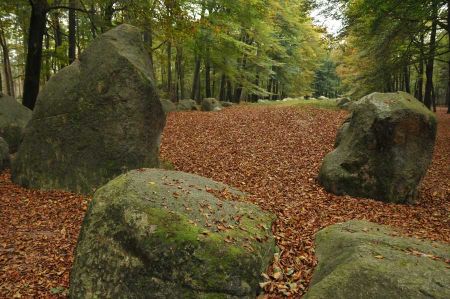 Now that the leaves create a colorful mosaic on the forest floor, an indescribable splendor of color in the autumn sun is to be considered. The Ahlhorner fish ponds and the nature reserve Huntloser Moor, with their diverse flora and fauna, convey the impression of an almost untouched nature and offer a well-signposted network of cycle paths totaling more than 1000 km.

During our bike tour north to a floodplain, which in this area is called Engelmannsbäke (near the Visbek peasantry Endel) and thus in the immediate vicinity of the megalithic grave Visbek groom. With its length of 104 meters and a width of 8 to 9 meters, the megalithic tomb, originally surrounded by 170 boulder blocks, is one of the most impressive megalithic structures in north-western Germany.

Progress and local resources are prerequisites

One explanation for the different forms of the megalithic tombs is, in addition to the basic prerequisite for the availability of resources and technical progress, the construction theory represented by Ewald Schuldt and Friedrich Laux. According to Friedrich Laux, there are different "building traditions" and "building schools" behind this distribution image. Due to the technical explanations, Ewald Schuldt concluded as early as in 1972 that the monuments were executed under "guidance of a specialist or of specialist groups".

A significant difference in the chamber structure between the plants is the capstones exclusively in three-point support, and those plants whose capstones were also launched or as majority in Joch construction (two-point support). The boulders selected for the wall and ceiling construction had at least one relatively flat side in addition to the corresponding size. Sometimes it was transformed by splitting a stone, presumably blasting by heating and quenching. On the narrow sides large poles were used instead of boulders and plates of red sandstone for the wall or partition wall construction, which also fills the gaps between the support stones of the chamber or between the curbs of the enclosure. 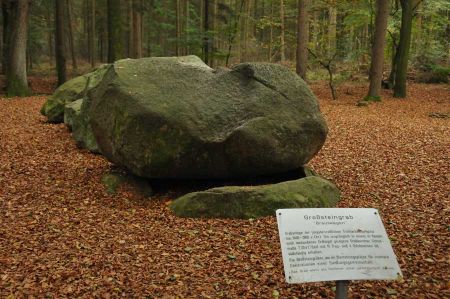 The supporting stones of the phase after the Urdolmen, which were only slightly submerged in the subsoil, were provided with the necessary support by means of paving slabs and wedges. By a slight inward inclination and an outer rammed clay or stone packing stones of yokes were statically secured, while the supporting stones of plants with three-point-mounted cover stones are vertical.

The processed capstones rarely have a weight of more than 20 tons, whereas in the rest of the megalithic area weights of more than 100 tons are represented. The floor plan of the chambers are rarely square, but rather oval, polygonal, rectangular, rhomboid or trapezoidal. It's amazing how our ancestors were able to carry and place these boulders, even though the stones themselves are poorly engineered.

During our round trip we also get to the Hunte, the leisurely flowing but meandering river, which is ideal for paddling, even for beginners. We are thrilled and immediately decide to return to an extensive paddling tour to the Wildeshausen Geest.

A visit to well-known St. Lamberti-Church in Oldenburg
Rime on trees and grasses in Friesland