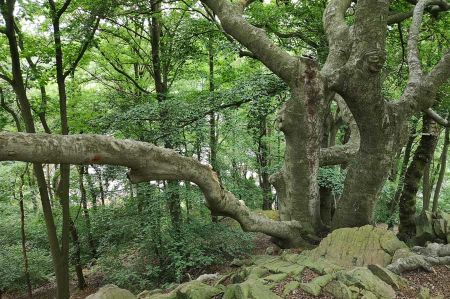 The city of Witten, the destination of our visit last weekend, is located at the transition from the lower Sauerland to the Lower Mountainous hills in the west and the Emscherland in the north, framed by the cities of Dortmund, Bochum and Hagen.

Anyone who thinks of the Ruhr area and house gorges, plus traffic jams and traffic noise should be really surprised, because at the northern exit of the narrow, deep breakthrough of the Ruhr through the mostly forest-covered Ardey sandstone plateau, the urban area is spread out on both sides of the Ruhr river, so that the journey easily becomes a green experience. The river valley of the Ruhr with the dammed Kemnader lake shapes the image of the city alongside the forested hills of the Ardey Mountains, which form part of the Rhenish Slate Mountains. The mountain ranges mainly consist of sandstone, in addition there are coal-bearing layers, which are evident in some places and which can be seen in the Muttental mining hiking trail.

Today's goal of our hike - the Volme-Heights-Trail 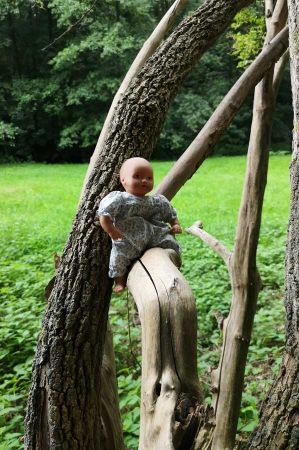 The river Volme forms the natural border between the Sauerland in the east and the Bergisches Land in the west. From the source of the Volme river in Meinerzhagen to its confluence with the Ruhr below Lake Hengstey, the Volme covers a distance of just 50 km. For a good part, the Volme sets the course for the main hiking trail X20 of the Sauerland Mountain Association, which is why this long-distance hiking trail is also called the Volme-Heights-Trail.

If you want to travel by train or other public transport, the Volme-Heights-Trail, which is signposted as the main hiking trail X20 by the Sauerland Mountain Association (SGV), starts at the main train station in Witten, the historic nucleus of the so-called coal pot. From here it goes over to Berger Straße and you reach Villa Berger, built in 1839, a classicist building that now houses the administration of the Kulturforum Witten. At Villa Berger, turn right into Ruhrstrasse and pass another manor house, Villa Friedrich Lohmann jun.

After approx. 100 m, turn left into the city park and walk this direction to the Hohenstein recreation area. The Hohenstein mountain range in Witten towers high above the Ruhr, its rock face, which breaks off steeply to the Ruhr, gave it its name. The best view of the river can be enjoyed at the Hohenstein from the Berger Monument, which commemorates an outstanding politician in the history of Witten and was built in 1903. Here you can look far across the Ruhr valley in the sunshine, watch the rowers and let your mind wander. 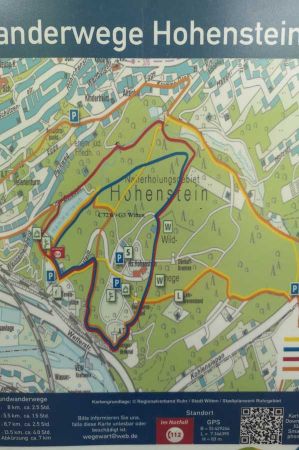 We start our hike at the Kohlensiepen car park and follow the course of the Borbach, which has formed the so-called Borbach Valley, almost directly. The Borbach valley was one of the first larger locations in the coal pot, since hard coal could be extracted above ground here. Hardly recognizable today, lush green accompanies the hike on three sides: to the left and right of the path through tall grass and thick bushes and up through the dense treetops of the deciduous forest of beeches, oaks, along the stream itself through alder and willow trees.

A little further along the Borbach we come to the so-called hammer pond of an early industrial smithy located here earlier. Today, the hammer pond mainly serves the local model ship builders as waters. We circle the Hammerteich pond, climb the mountain range directly on the pond bank and have arrived in the middle of the Hohenstein recreation area for all ages. The spacious open spaces leave room for all kinds of activities. There are also some simple leisure facilities such as a water playground and table tennis. In the immediate vicinity there are some game reserves and a training centre for bees. Occasional outdoor concerts and other events round off the offer. 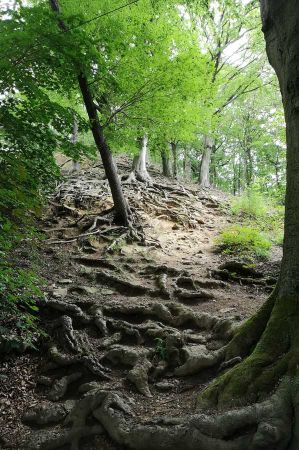 Following the Borbach, the Volme-Höhen-Weg leads us to Herdecke and then into the Ardey Mountains up to the Harkortberg (232m), where there is also a lot to experience: sports fields, leisure areas, climbing forest. And yes: the Harkort Tower is also on the Harkortberg. From the 35m high Harkort tower you have a beautiful view across the Harkort Lake far into the Sauerland.

Unfortunately, the Harkort tower is just open from time to time. Well, we have to come back.