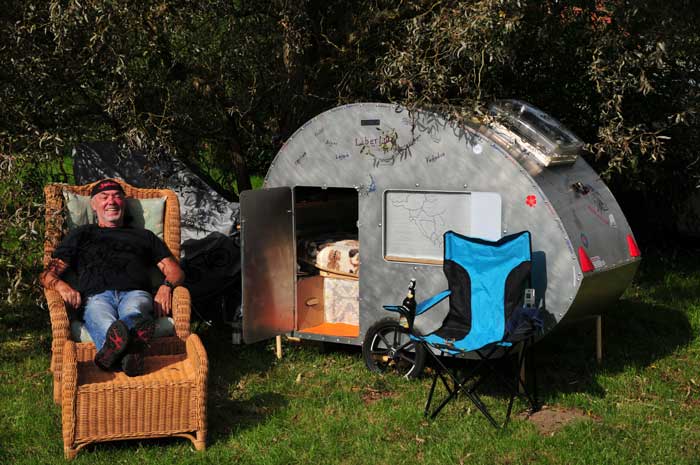 The inclined reader may first shake his head and say, well, what is supposed to be unique about it when campers meet for a cozy get-together somewhere in beautiful surroundings. 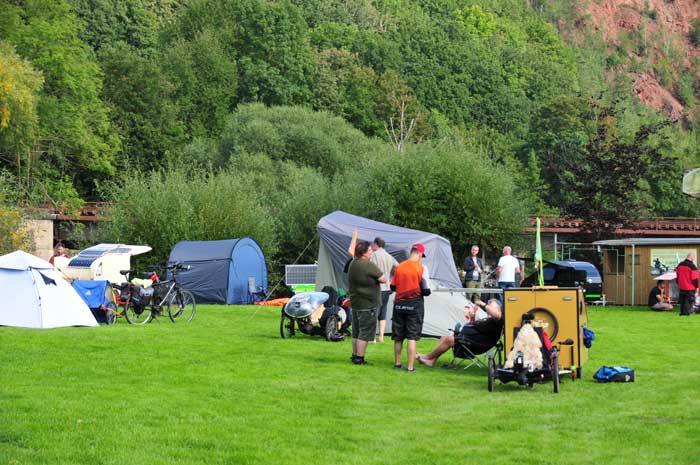 However, the first picture clearly shows that it cannot be a meeting of “normal” caravan or mobile home users, because no one came by gasoline or diesel. E-bike or e-trike is the magic word for propulsion. 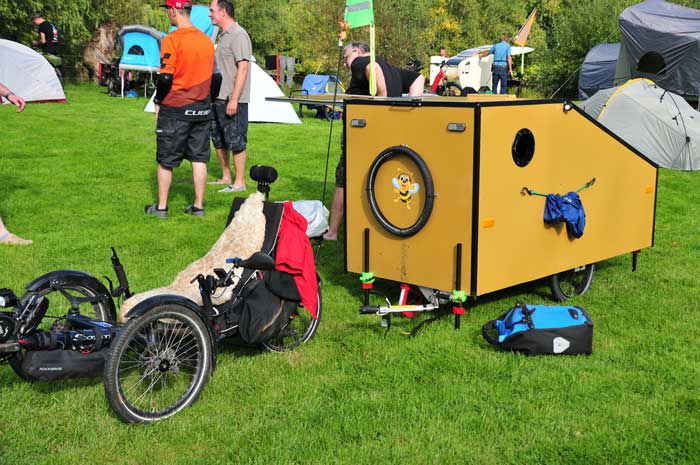 What we have already announced several times, should now finally be implemented: First pictures of what is probably the most unique campers' meeting in the world by bike, e-bike and e-trike and e-bike. 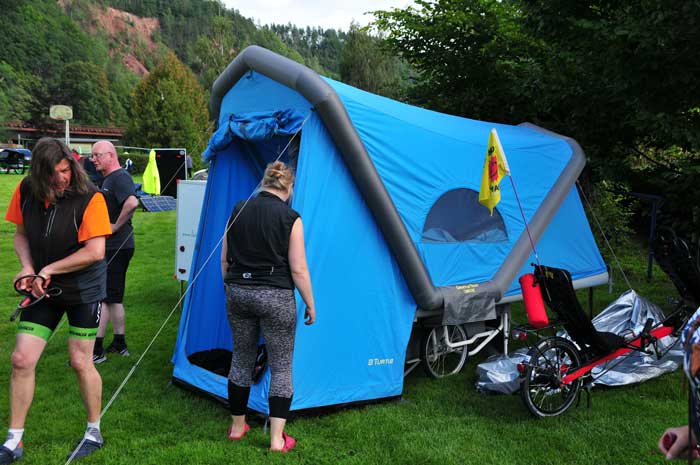 The meeting was organized by the passionate cyclist and bicycle trailer friend Jörg Patzschke, who has been active from his farm as a rental station for the Bturtle bike trailer for several years and has a corresponding community. 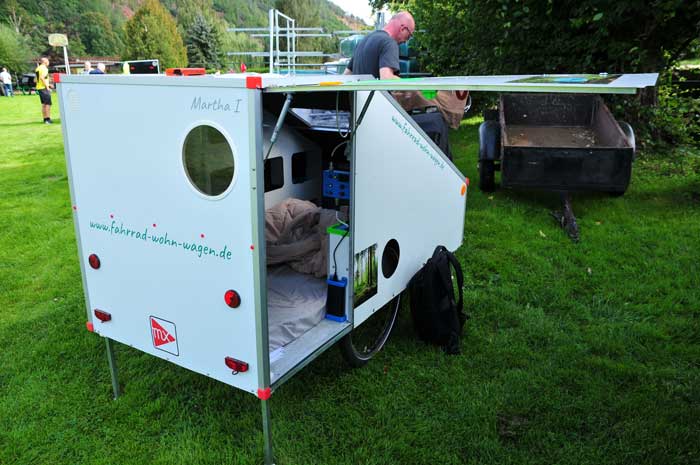 Of course, these activities mean that Jörg knows his home region well in terms of cycling with a caravan and can therefore offer a variety of tour concepts. 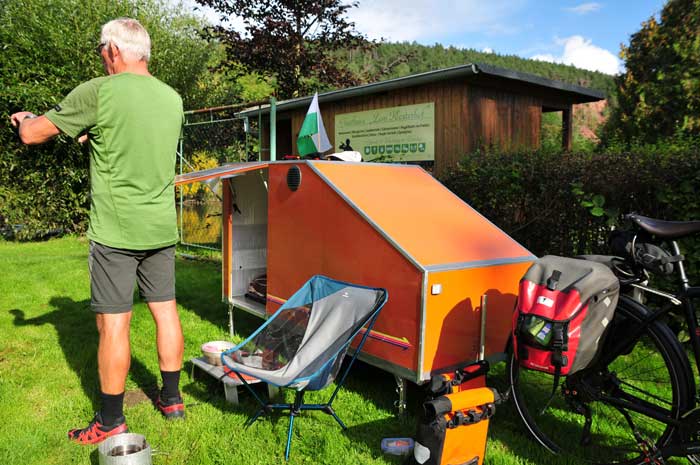 So his farm was the starting point of a 40-kilometer route that the participants had to cover until the caravans were to be set up in Wünschendorf. 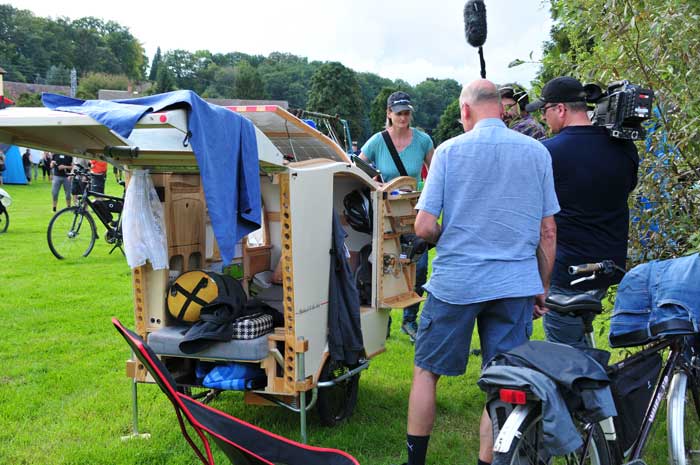 The tour had already been taken several times in advance, any barriers could be removed, so that the convoy of almost 30 self-made caravans and a few "commercially manufactured" caravans could reach the destination. 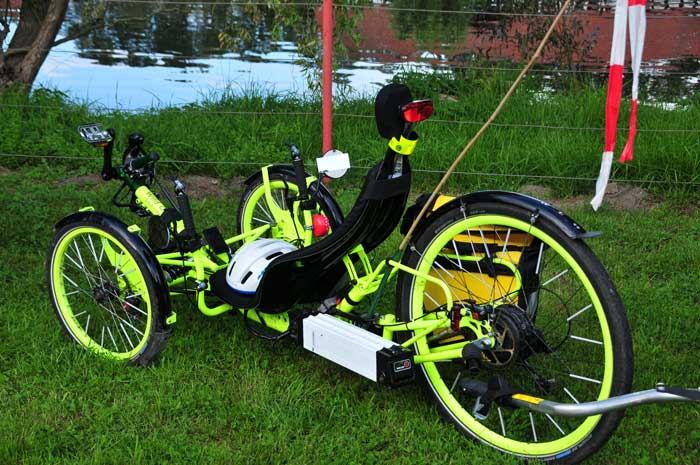 Both modern touring bikes and e-bikes, some of which had been modified quite interestingly, served as “towing vehicles”. Numerous recumbent bicycles had also been converted into tractors. 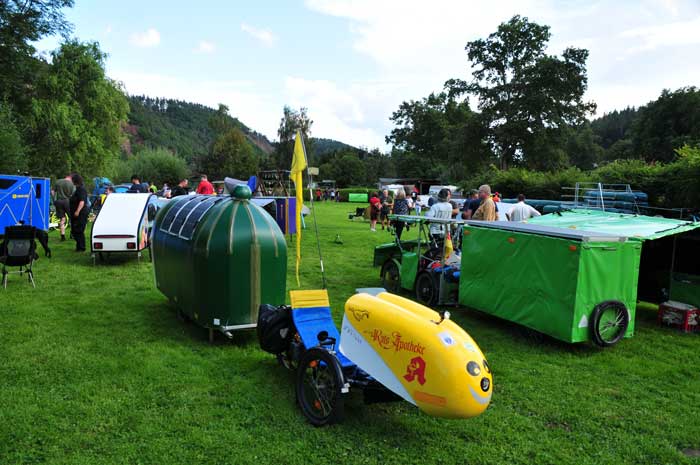 So the construction of the camp was completed relatively quickly, on the huge meadow there was no problem with observing the distance rules, so that we could quickly move on to the cozy part of the meeting. 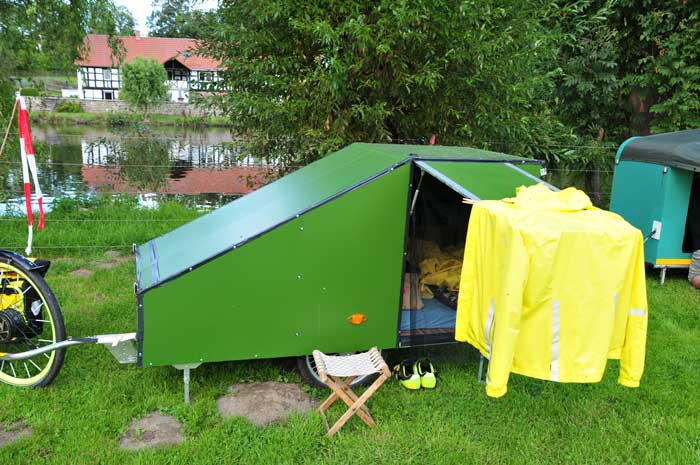 Everywhere you introduced yourself and your vehicle to your neighbors, and started talking shop about the state of construction, the advantages and disadvantages of the different trailers, some of which were quite futuristic in design. 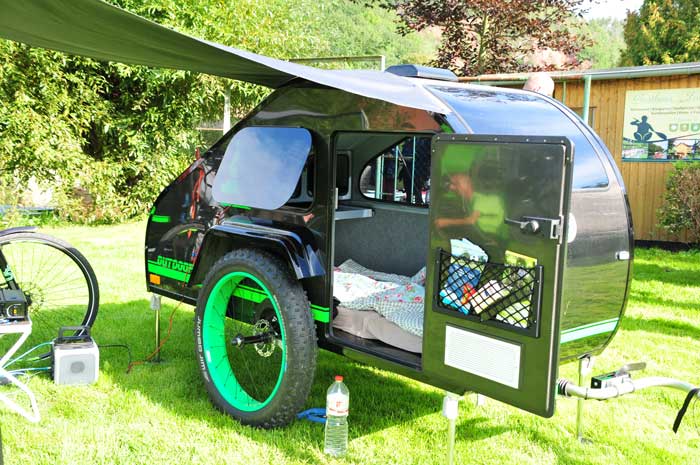 Nevertheless, many a vehicle was reminiscent of the design of a conventional caravan. 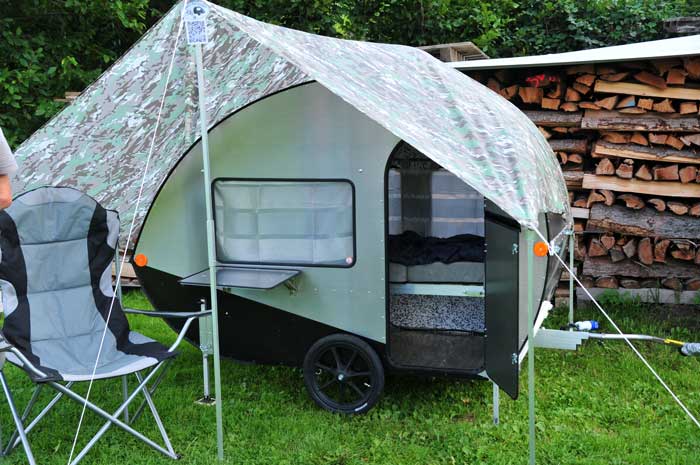 We will report again and then go into the technology a little.