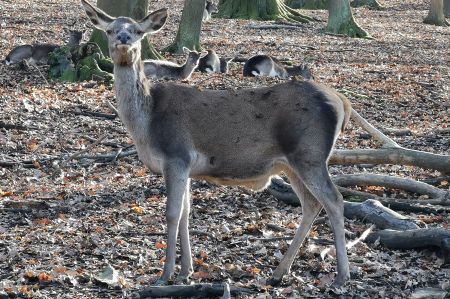 The Borbach has its headwaters not far from the Witten district of Schnee and then flows into the Erlenteich. Again we are fascinated by the naturally preserved course of the stream. It then flows through the Hasenholzken and turns west towards the Buchenholz.

Until 2017, it fed the three artificially created ponds in the Buchenholz recreation area. The Borbach then flows north past the settlement of Kleine Borbach. Many of the houses were only built in the 19th century by immigrated miners who bought land here in the Annener Mark for the construction of Kotten. Kotten was the designation of a single simple dwelling house or a single workshop in or away from the village community. They were mostly inhabited by Köttern, whose right to live represented a form of deputy wages.

Bohrbachtal colliery, a place where hard coal was found 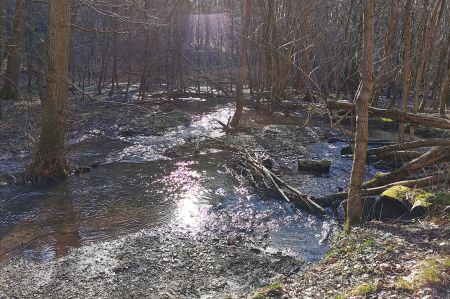 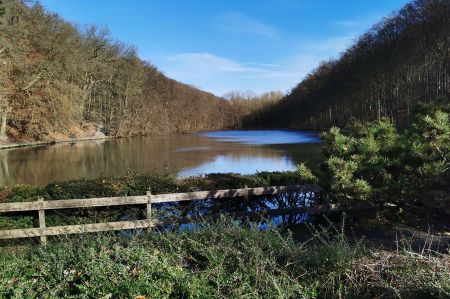 The Borbachschlösschen, built in 1867, is in the immediate vicinity. The small country palace has a Gothic-looking large pointed arch, sandstone bay window and Art Nouveau stained glass as well as stucco ceilings in the historicist style on the inside. The building was erected in 1867. The builder and owner was the merchant Johann Gerhard Sticht. In 1912, the building was significantly enlarged and received the architectural design that is still influential today. The Historicism stucco ceilings and columns and the Art Nouveau stained glass bear witness to the cultural and historical epochs of the architecture of this building.

In 1939, the Borbachschlösschen contained a room for church purposes, which was also approved by the Paderborn General Vicariate on April 8, 1939. An altar and a portable confessional were also available to furnish the room, for which a harmonium was purchased for 400 marks. A quarterly rent of 30 marks was paid for the room. Even after the destruction of the Second World War, the Catholic Church used this hall for their services. In the 1950s, the Borbachschlösschen was a popular garden and excursion restaurant in the Borbachtal.

With around 30 rooms, the Borbachschlösschen is one of the smaller country palaces of its time. The restored stucco ceilings from the Historicism period and the numerous stucco columns with ionic capitals give the building a tasteful, castle-like character. Today's furnishings include numerous Warrings furniture and a collection of 18th-century genre paintings.

On the ground floor is the old kitchen and the large hall, which was used as a restaurant until 2010. Today the hall is used for seminars, concerts and readings by the academy in the Borbachschlösschen. A tiled floor on the ground floor and ornate stained glass in the bay windows come from the Art Nouveau period.

The vaulted cellar shows the architecture of the 19th century. Large sandstone blocks weighing several tons form the foundation of the house and ensure a balanced climate. On the first floor, the "Beletage", the library dominates over an area of ​​more than 300 m². There are more than 3,000 more recent volumes and around 500 antiquarian books. 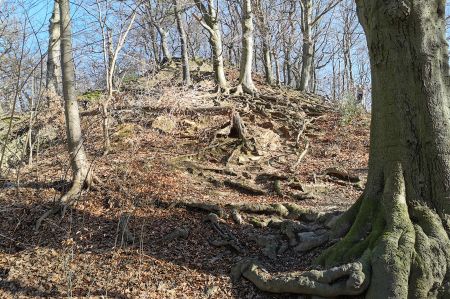 By the way: There is a hiking car park on Kohlensiepener Strasse, which is also heavily frequented by mountain bikers. Large sections of the local forests are also a meeting point for off-road bikers far beyond the region.

It then continues to flow in a westerly direction and flows around Hohenstein, which is south of the creek. At the Krummen Dreh he turns to the southwest to then reach the Hammerteich. The pond was dammed in 1722 to serve as an energy source for the first Witten hammer mill owned by the manufacturer Peter Lange. Therefor the pond is called Hammerteich today.

After leaving the pond, the Borbach flows below the Wennemarsberg into the local Mühlengraben next to the Ruhr.