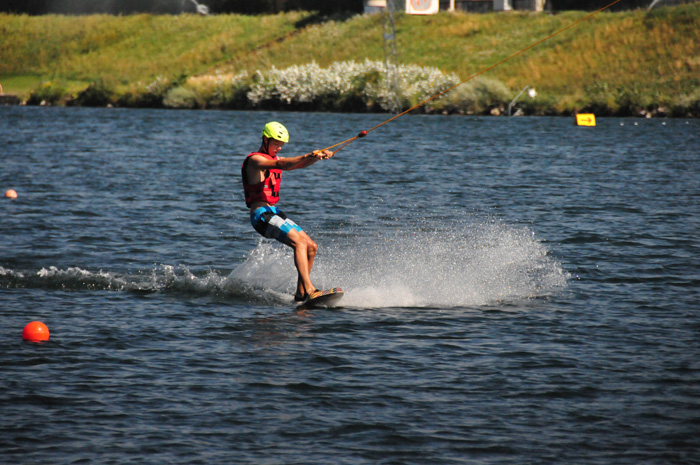 The morning walk along the New Danube from Camping New Danube had brought us crossing the pedestrian bridge below the A 23 via the side arm New Danube to the Danube island, which we had already explored in the opposite direction with its beach sections and cafes. 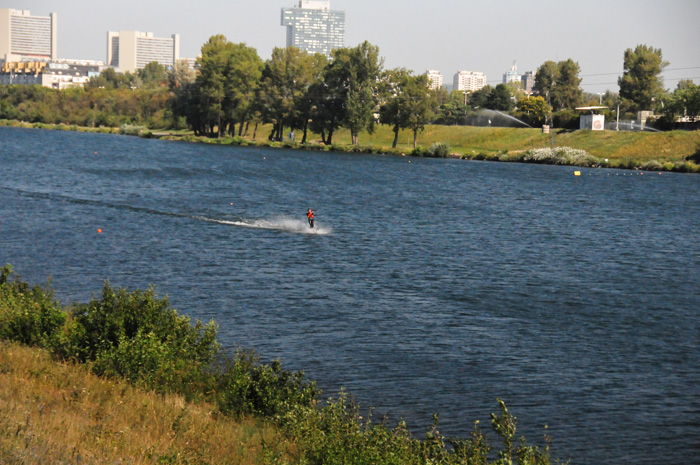 Also in the opposite direction there are beach sections, which not only invite you to bathe in the New Danube, as we should see a little later, because first visitors were active in a water skiing facility. 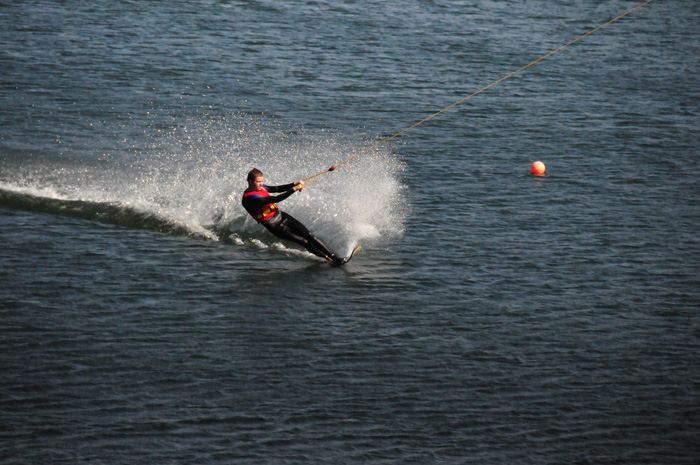 Unlike a ski lift, however, a water ski lift does not aim at gaining altitude, but instead moves the drawn person with the speed required for water skiing across the water surface. 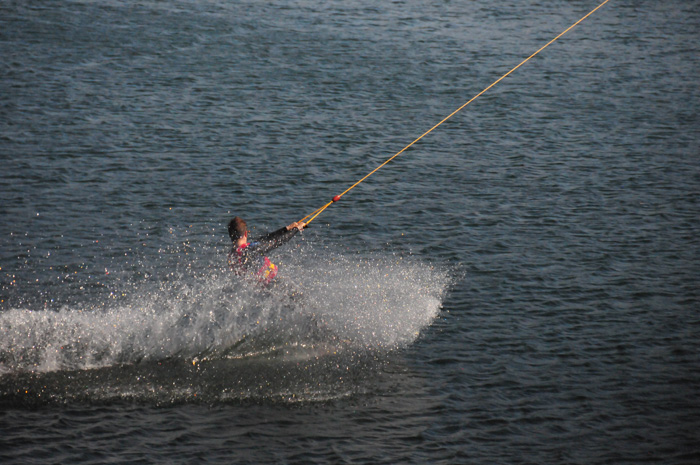 The water ski lift was invented in the early 1960s by Bruno Rixen and developed to marketability. 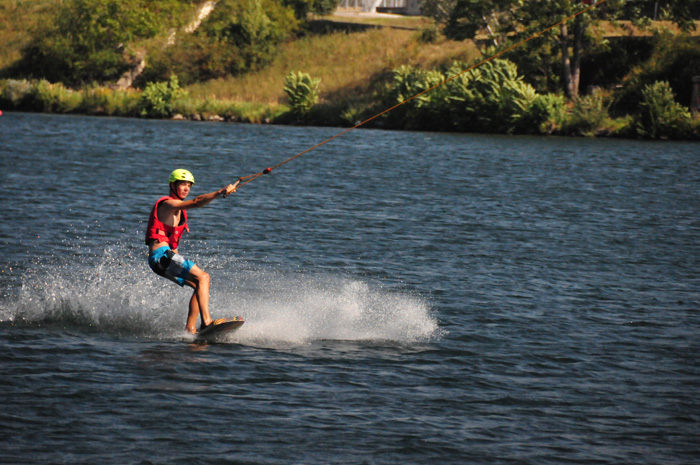 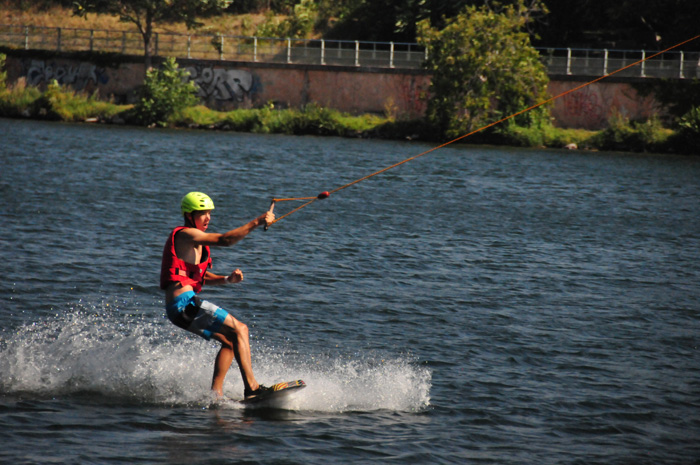 The double circulating rope is also one of his inventions, which allows the requirements of water skiing to be fulfilled, such as high speed and high transverse forces during slalom skiing. 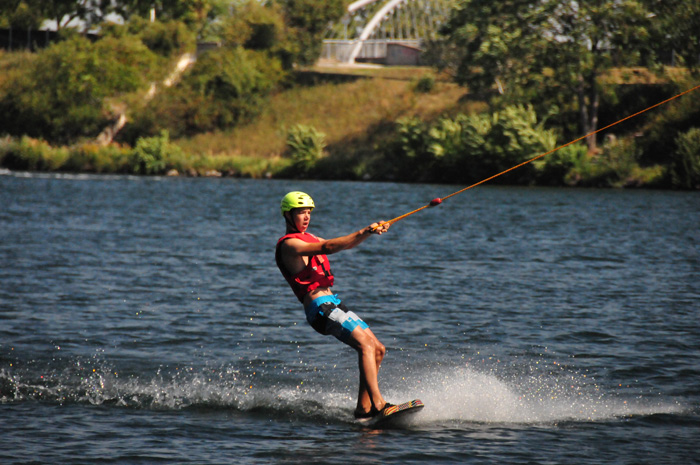 The first commercially operated watercourse was built in the Mediterranean in front of Benidorm in Spain in 1966. Today there are about 363 water ski and wakeboard cableways worldwide, including 112 two-mast systems in 48 countries. 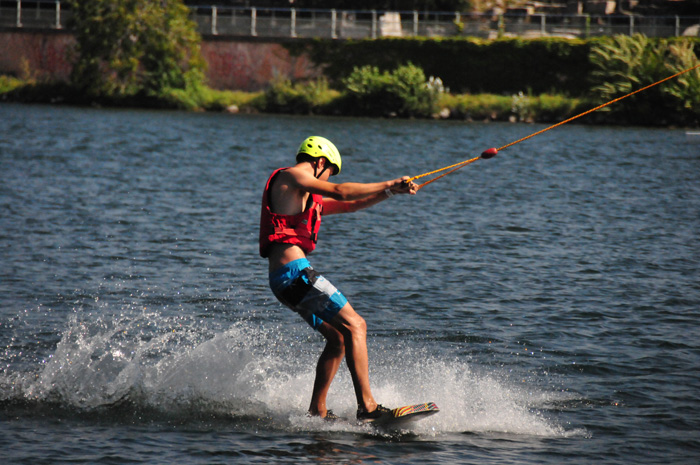 The water ski lift is built in the form of a closed circular course. An electric motor drives by, means of rope pulleys two endless wire rope loops arranged approximately parallel to each other, about 350 to 1000 meters long, which run about eight to nine meters above the surface of the water horizontally in a four-, five- or hexagonal course over the waters. 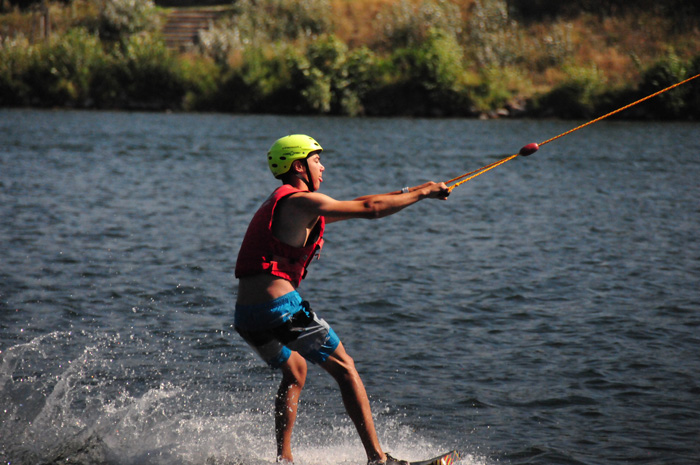 The two parallel circulating loops are fixed approximately every 80 meters with a driver clamped on both ropes, to which the traction lines are ultimately attached. 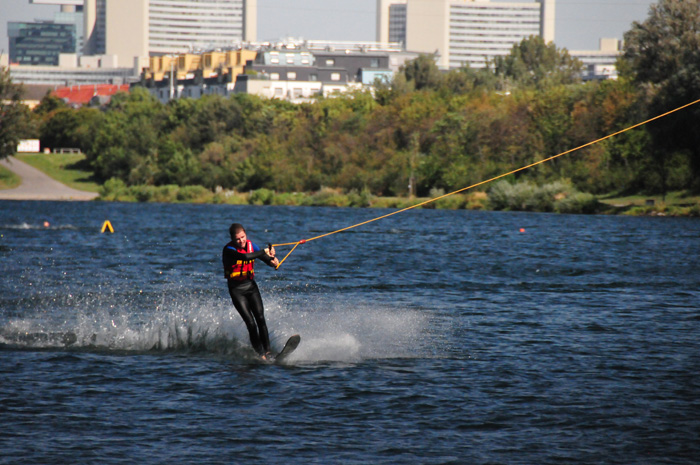 The water sportsman is holding on to these pulling lines, at the end of which is a fishing pier. The water skiers start from a ramp while standing or sitting and are gradually accelerated to the speed of the circulating rope. 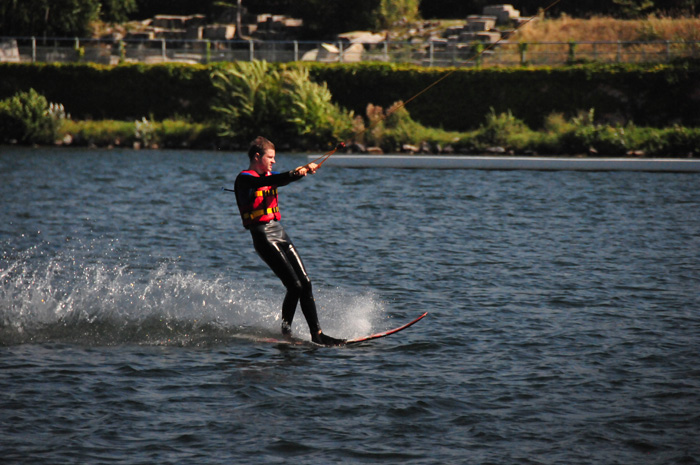 The speed of the circulating rope of such a system can be steplessly increased up to 60 km / h. The speed is set as a function of the respectively driven sports equipment. 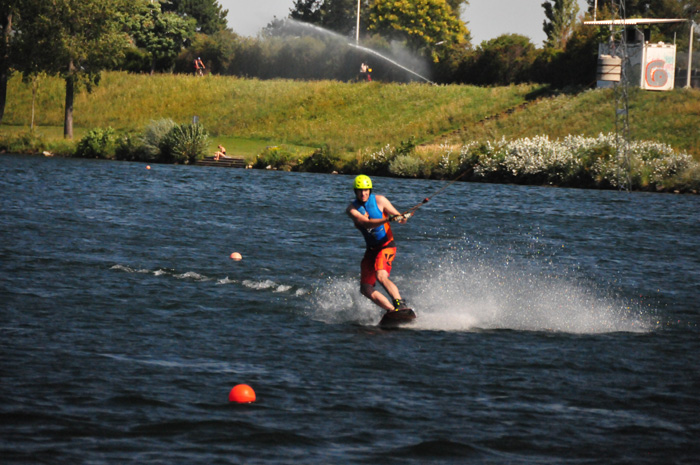 With a Wakeboard, a speed above 40 km / h is hardly possible, with a Mono water ski 58 km / h are also possible. The runners can reach speeds of over 120 km / h creating slalom lines.

The Palace Park and the Gloriette from Schönbrunn