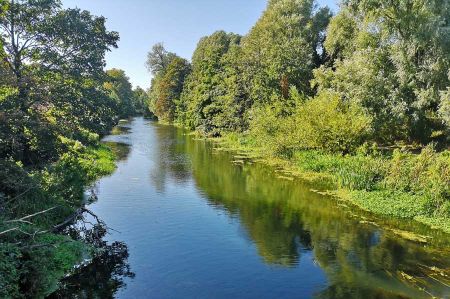 After our first tour of the center of the city of Norwich, we made our way back through some of the numerous urban parks, which along the Yare and Wensum Rivers make Norwich green and alive as a stand-alone facility.

So Chapelfield Gardens in central Norwich is one of the first public parks in the city, which was already opened in November 1880. From the beginning of the 20th century, Norwich Corporation, now Norwich City Council, began buying and leasing land to develop parks as soon as funds became available. Sewell Park and James Stuart Gardens are examples of donated land by benefactors. 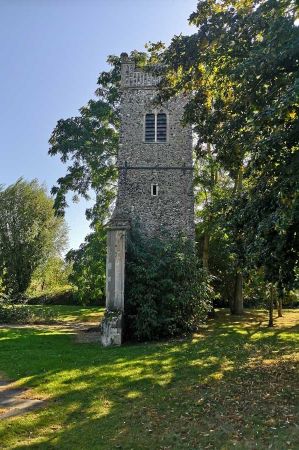 After the First World War, various companies in Norwich used government grants and decided to set up a number of formal parks, also to alleviate unemployment. Under the leadership of Park Superintendent Captain Sandys-Winsch, four parks were completed; Heigham Park (1924), Wensum Park (1925), Eaton Park (1928) and Waterloo Park (1933). These parks incorporate many features of Sandy-Winsch's original plans and have been included in the English Register of Grade II listed parks and gardens of special historical interest.

Parallel to the concept of parks in the cities, more emphasis was placed on the greening of inner cities. When cities were bursting at the seams due to the large influx of people / workers from rural areas, so-called "Garden Cities" or "New Towns" were created especially in the region around Greater London, where sufficient green areas were planned from the outset , Working and living should be as close together as possible, the traffic routes should be short and if possible by bike or on foot. Concepts that are being rediscovered. In grown cities almost impossible.

In this context, much can be learned from history: Romans built their cities in size according to existing resources such as drinking water and the like, while they had the sewage disposal in mind at the same time. Concepts that still work in some cities today. 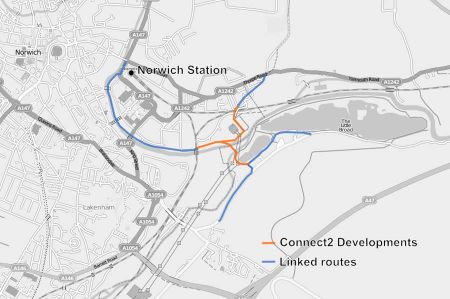 As of 2015, the city has 23 parks, 95 open spaces and 59 natural areas managed by the municipality. In addition, there are several private, large gardens that are occasionally opened to charity. An exception is the plantation garden near St. John the Baptist Cathedral, which is open daily.

The watercourses are also included in the greening concepts. The River Yare is navigable from the sea in Great Yarmouth to Trowse in the south of the city of Norwich. From there, the river Wensum in Norwich is navigable to New Mills and is crossed by the Novi Sad Friendship Bridge. Scheduled rides through the city and nearby The Broads are made by City Boats from outside Norwich Station and also Elm Hill. In June 2012, the Norwich City Council granted permission to poke on the River Wensum.

On the other hand, the construction of a cycle path network is still in its infancy, but the first steps have already been taken. There had been different bike paths to the center, which were then connected to each other and are now several miles long. Difficult is the conversion in the city center. Even in an e-bike structure with charging stations as in the rest of mainland Europe is often encountered today, this is still far off.