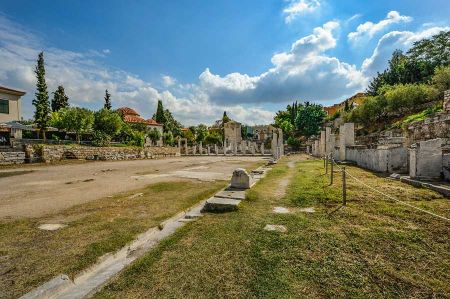 Probably every traveler to Greece will visit the capital Athens, especially as the Acropolis is one of the most famous ancient sites on earth.

Next to the Acropolis, Plaka district is one of the oldest parts of Athens, right at the foot of the Acropolis. For those traveling by public transport, Plaka is located between the metro stations of Acropolis and Monastiraki, bordering both Psirri and today's downtown Athens. According to traditional inscriptions, Athens was founded by King Kekrops, which is why Kekropia was also an old name of Athens. 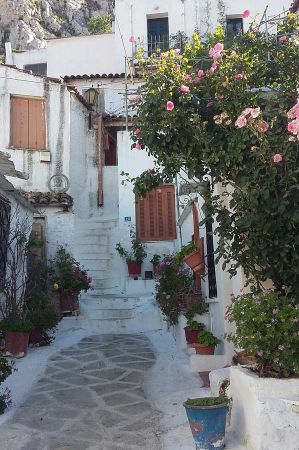 The district of Plaka and its buildings can look back on a continuity to antiquity. Many houses have foundations from antiquity, although most of the facades date back to the 18th century. Until modern urban planning in the early 19th century, it formed the core of the city of Athens. 1840 still 19,000 people lived in the old town. Later, Plaka transformed into a tavern district, which was equally popular in all social classes. During the junta period, the now very touristy buat, political-literary music venues, in which food, pleasure and political criticism mingled, had been isolated by the security police. After the end of the junta in 1974, these previously so important pubs lost their livelihood, and Plaka turned completely into a tourist district with souvenir shops and restaurants serving Greek food as fast food.

Plaka had a considerable Arvanite community until the late 19th century, which is why it was also called the "Arvanite Quarter of Athens". The Arvanites are a bilingual and culturally independent population group, whose members are of ethnic Albanian origin and sometimes speak an archaic Tuscan dialect of the Albanian language. Traditionally and historically, the Arvanites are Orthodox Christians and thus followers of the Church of Greece.
In the 13th century, the first Albanians came to Greece at the invitation of local rulers. They were in demand as peasants as well as mercenaries for the troops of the Duke of Athens, the despot of Morea and other princes.

Arvanites - Settlers from Albania by invitation 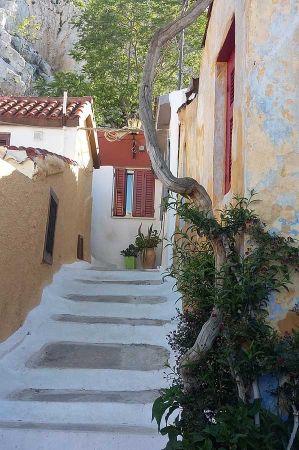 Seeing themselves as part of the Greek nation, they played a prominent role in nation building. Thus, during the Greek Revolution from 1821 to 1829, they made a variety of soldiers and military commanders, such as Andreas Miaoulis (1769-1835), Laskarina Bouboulina (1771-1825) and others. But also Arvanite intellectuals and clergymen actively participated in the design and modernization of the Greeks. Today they are an integral part of the modern Greek nation. Although they are aware of their independence, most Arvaniten today see themselves as Greeks and are often indistinguishable from other Greeks.

The Arvanites took an active part in the emergence of the modern Greek nation and in the liberation struggle against the Ottomans since the 18th century. As in the case of the Greeks, their Christian Orthodox identity was transformed into a modern national consciousness. Since the founding of the Greek state and as a result of domestic and foreign conflicts (including Albania), the Arvanitic dialects were poorly regarded, and over time most Arvanites changed to the Greek language. This process accelerated after the Second World War by rural exodus and urbanization. Today only some remains of the Arvanitika are preserved. Especially in folklore still old traditions and customs are maintained.

Revival of the district through restoration 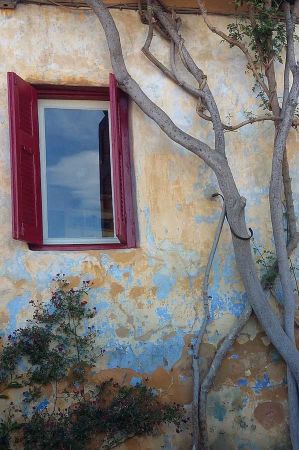 Since the 1990s, a revival of the district began, many old houses have been restored, almost the entire district traffic-calmed. The real estate prices are now reaching the most expensive parts of Athens.
With its small-scale structure, Plaka is a counterpoint to modern Athens of the 19th and 20th centuries. The Museum of Folk Art is located next to the Frissiras Museum of Modern Art. The painter George Savakis, who died in 2004, painted the old structures. His paintings are still hanging in many taverns in the district today.
The Lysikrates Monument and the Tower of the Winds are two landmarks of Plaka.
The name "Plaka" was not used before the Greek War of Independence. The origin of the name is unclear. From a folk etymological point of view it comes from the Arvanite name pliak Athena ("ancient Athens") or it could refer to a plate that marked a central point of the city.