Already on the way to Lake Garda we noticed that almost all campsites are closed in Italy in November, mostly immediately after the holidays at the beginning of the month.

On the one hand understandable, because in the phase between the summer and the winter season, the best time for the owner to make even a holiday themselves. We inevitably had to resort to alternatives during our journey through Italy. Was it on Lake Garda as the first destination just a normal parking lot without any facilities, we searched for campsites in other locations, which offered at least fresh water and electricity? However, as in other countries, these places usually have a maximum stay of 2 days, if caravans are allowed at all. Certainly, in the summer months, restrictions to campers, who usually stay only for a short time in one place makes sense, in the low season certainly not. At least this restriction can be excellently discussed on camper vans due to their sense of purpose. 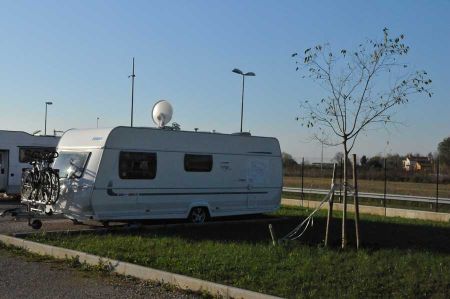 It was actually a coincidence that we found a camper stop on the environment Aquileia's also on the town of Staranzano in the Internet, which had created a camper place in the context of a club site, which was also accessible to caravan users. The distances to the visit points of our interest were not too big, so we decided the journey to Staranzano. And this in advance, we should not be disappointed, if not in terms of the attractiveness of the place or in terms of great views, simply, it was really easy to use, simple equipment of the place that led us to this article, even the background as a prime example within the framework of our project. In many places, there are attractions that are so attractive for modern travelers that even longer journeys would be lovely. If then the environment still has "something" to offer, just the mechanism of a camper place is missing. At the same time, this article can be a perfect example for the creation of such a place. 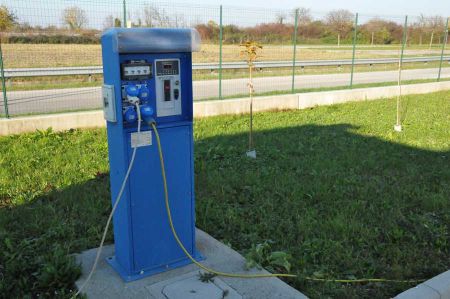 A little later, we got to know the manager of the Camping Club and two members of the staff and learned about the backgrounds that had contributed to the construction of the public square. The first thought of the club was to find a terrain that was intended for the wintering of mobile homes. This space should be easily accessible, securely fenced for security and monitored by camera. Not a big problem. Nice would be a disposal station for the greywater or the emptying of the chemical toilets, already in self-interest of club members. A calculation example, which could be refinanced by club contribution. So far first ideas and calculations. For the first time, the idea came up to provide some pitches for guests, also to promote soft tourism to their own village. The plans were quickly expanded, the concept adapted. Simple, manageable usability without much effort of staff was the goal. The supply and disposal functions for fresh and gray water as well as electricity should be set up for the club members anyway.

Electricity and fresh water from posts 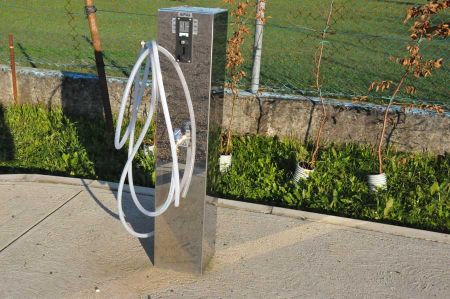 The result finally was a concept for the establishment of 8 camper pitches, which are distributed over 2 groups, which also ensure the power supply via two power stations. Technology used for this purpose is a distribution station, which contains fuses and sockets and corresponding machines that provide the electricity for a fee by the hour. This allows the user to determine at what time he wants to use the power connection, or for which period. Extremely practical in the operability and without personnel costs to wait safely. The same principle applied here in Staranzano for the supply of fresh drinking water. For a fee 100 liters of fresh water were offered, which were to be filled into our own storage tank. This machine also worked flawlessly, without requiring much technical understanding, short instructions in Italian, English, German and Slovenian. In short, the entire area was free of staff costs, easy to understand and well organized, in addition to video-monitored, so that one could confidently pursue one's own explorations.

Disposal and sewage system integrated in the Camper Stop The greywater disposal took place via a correspondingly embedded in the ground disposal pool on which the mobile homes could be driven. For the chemical toilet, a filler neck was provided, which also provided water for cleaning pump operated via a foot. Toilet and gray water disposal were free of charge, including the water for cleaning.

The entire facility had been opened at the beginning of the season, so understandably, there were no numbers available to users. However, we were very pleasantly surprised with the equipment and the usability and once again convinced of the choice of location. We are happy to pass on the contact information at this point. Our location for exploring the immediate surroundings of Aquileia and the Isonzo River was found.