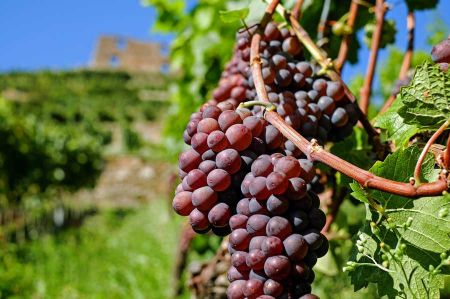 The river Unstrut meanders for a total of 192 kilometers through the Thuringian Basin, past Mühlhausen and Bad Langensalza, through the vineyards near Freyburg and finally flows into the Saale near Naumburg.

We have already reported several times about individual destinations in this striking landscape, which can be explored by bike or hiked on foot. If you want to learn something about wine, you should follow the wine trail, because the Saale-Unstrut region is the wine-growing region in central Germany, which extends mainly in the Saxony-Anhalt Burgenland district and there, in turn, mainly along the rivers Saale and Unstrut. And along these rivers are also the cycling and hiking trails. The region is home to the northernmost of the 13 quality wine-growing areas in Germany defined by the German Wine Act of 1994.

History of viticulture in the region 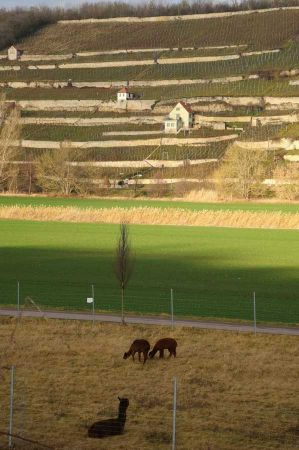 Viticulture in the Saale-Unstrut region has a 1000-year tradition. As early as 998, a deed of gift from Emperor Otto III. the viticulture mentioned. The monks of the Cistercian monastery of Sancta Maria Schulpforta, founded in 1137, further developed viticulture. It is believed that in the Saale-Unstrut region in the 16th century, wine was grown on an area of ​​around 10,000 hectares. However, it increasingly shrank in the course of various wars, bad harvests and, last but not least, the cultivation of potatoes. It also played a role that the mass-planted wine was of relatively poor quality. It was replaced by "newfangled" drinks such as tea and coffee as everyday drinks.

Phylloxera brought viticulture to a standstill in 1887 and the Saale-Unstrut region was declared the first phylloxera disease area in Germany. When the Biological Reichsanstalt was founded in Naumburg in 1919, the area under cultivation was only 100 hectares. In the context of the search for a remedy against phylloxera, Carl Börner showed that American vines are resistant to phylloxera and forced the breeding of rootstocks. From 1923 the grafted vine cultivation developed in the region was approved throughout Germany and the fight against phylloxera was won. 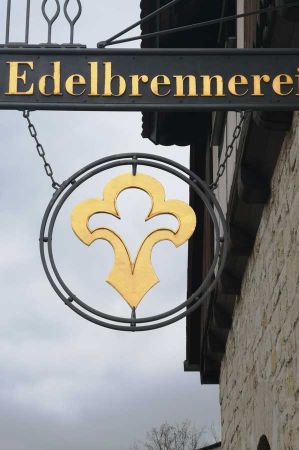 After 1945, viticulture in the Saale-Unstrut region in the Soviet occupation zone and the GDR could only survive through hobby winemakers. The Freyburg winegrowers' association founded in 1934, an association of full-time and part-time winemakers, was forced to give up their independence in 1951. It had to integrate itself into the "Association of Mutual Farmers Aid (VdgB)", a socialist mass organization. But the nationalization policy also affected private winegrowers outside the cooperative. They had to hand over their traditional vineyards to agricultural cooperatives in the region, which took over the viticulture. Large private winemakers were also hit. In 1952, after the nationalization of the Kloster Pforta winery, VEG Weinbau was created, which in the following decades developed into the second major wine producer in the region.

It was not until 1963 that the vineyards expanded again due to government subsidies. Since the winemakers in Saale and Unstrut refused to blend their wines and add residual sweetness to them, their wines were downgraded as "sour" in a broadcast on the GDR news program Current Camera in 1981 because customers in East and West Germany back then had "lovely" wines preferred. In the 1980s, the sale of wines from the Saale-Unstrut region by the cooperatives to private individuals was a criminal offense.

Before the “ice winter 1986/87”, winemakers in the Saale-Unstrut wine-growing region were able to work 480 hectares. After this winter, only a good half of it was still usable. 40 percent of the plants were frozen to death at that time. Even before the extreme winter, the vineyards were very mixed because there were hardly any vines to buy in the GDR. The vintners brought back whatever varieties they found from trips. After the extreme frost, they planted whatever they could get. That is why there are still “exotic” varieties in the Saale and Unstrut vineyards today.

So called "Wende" brings the upswing in viticulture 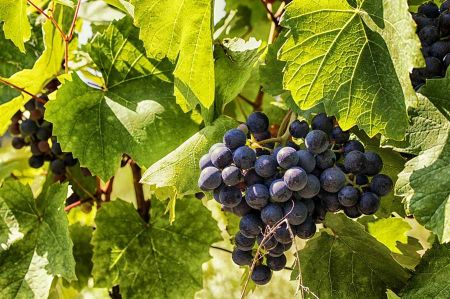 After the fall of the Wall there was an upswing that continues to this day. Rotkäppchen Sektkellerei, which has been based in Freyburg since the 19th century, is one of the few former state-owned companies in the GDR that not only survived the activities of the Treuhandanstalt as a company during the fall of the century and the early 1990s, but were also economically strong enough to compete in the Buying up western Germany. After acquiring the legally independent company Godefroy H. von Mumm & Co. Sektkellereien in Hochheim, Matheus Müller Sektkellereien and Chantré & Cie in Eltville, the Freyburg-based company Rotkäppchen-Mumm Sektkellereien was founded in 2002.