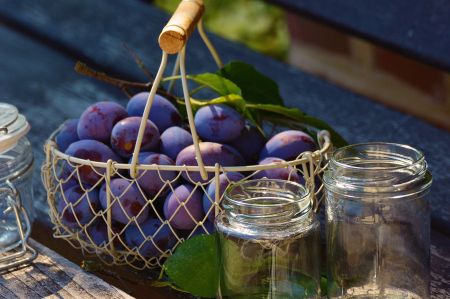 If, like us, you repeatedly find yourself in unfamiliar territory, it makes sense to always ask about regional peculiarities or abnormalities. This was also the case during our visit to the Thuringian city of Mühlhausen, which is not only surrounded by a spectacular old town with a well-preserved city wall with numerous defence towers, but can also come up with some culinary specialties.

So we were excited about the Mühlhausen plum jam and the so-called sweet cake. 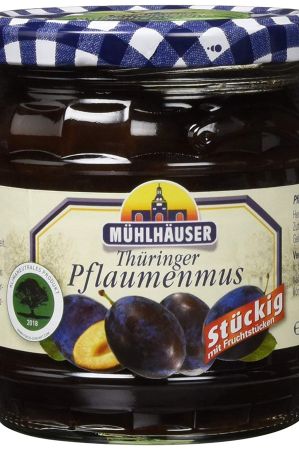 We were able to establish a connection to normal shopping life when it came to the well-known Mühlhausen plum jam.

Even connoisseurs and lovers of plum jam as a spread were at least familiar with the sticker on the glass packaging because the Mühlhausen plum jam is one of the best-known branded products in Germany with a market share of over 50%.

Originally marketed as "Herthä plum jam", the recipe for the Mühlhausen plum jam goes back to the founding of the "Thuringian plum jam and canning factory" by Luise and Hermann Thämert in 1908.

Nationalized as a state-owned enterprise in 1972, the plum jam was mainly exported to West Germany, which is why the popular Mühlhausen spread was sometimes only available as a buck product in the GDR. 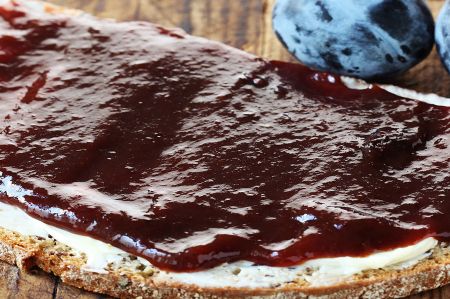 "Bückware" or bent goods referred to goods in retail, for which customers or salespeople symbolically or actually have to bend down under the counter or to the lowest shelf department. This term has been in use since the invasion of Poland in 1939, when food stamps and ration coupons were introduced during the National Socialist era due to the rationing of commodities, especially food and textiles. At that time, additional quantities could still be diverted from production and deliveries. These were kept out of sight under the counter or hidden somewhere else. Bückware was handed over to those customers with whom a special – also trusting – relationship existed, or to those from whom one promised or received something in return.

In the course of German reunification, privatization and takeover by Tegros Vertrieb GmbH followed in 1993. After its insolvency, Mühlhäuser GmbH based in Mönchengladbach, which now operates the Mühlhäuser production site, was integrated into the Spanish Helios Group in 2006.

At the end of 2016, contrary to the advertising statement "Original since 1908", which was still used, the recipe was unfortunately changed and the quality was reduced by reducing the fruit content from the previous 220 g to just 170 g of plums per 100 g of the end product. In the meantime, the old recipe has been returned to. 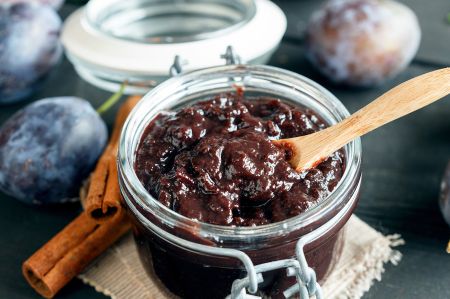 One of our negative experiences during the tour of the city centre was our demand for the locally known sweet cake, which unfortunately is not offered by some master bakers in the city until January.

Made from malt flour, the brown-coloured product has been baked for Lent since ancient times and is still available from local bakeries.

The pastry consists mainly of a syrup-like, thick mass of honey and gingerbread spice on a base prepared with rye flour that already looks back on a history of about 800 years. Sweet cake should thus make the cake taste of the High Middle Ages tangible.

Also interesting and a local specialty 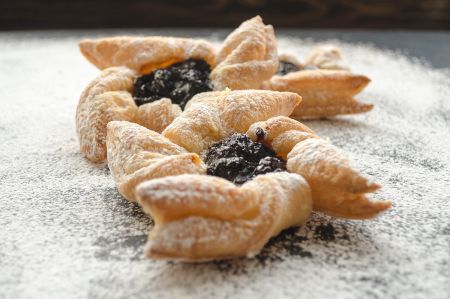 Sweet pretzels are sold in the bakeries in and around Mühlhausen on Maundy Thursday. These are made from yeast dough and refined with icing or sugar and cinnamon. It is said that if you don't eat a pretzel on Maundy Thursday in Mühlhausen, you'll get donkey's ears. Calorie tables, diets and preservatives played no role in the past, as the recipes from grandmother's days show. A more than 100-year-old Mühlhausen cookbook with the best recipes for middle-class lunches has also been reissued.