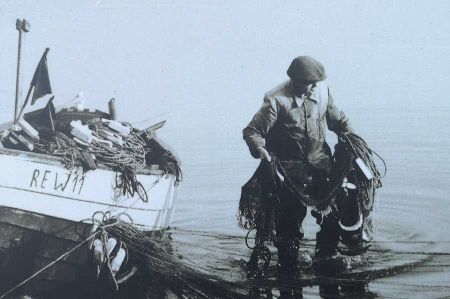 The idyllic village Rewa is a Kashubian fishing village, which is first mentioned in documents in 1589, when the abbot of the Cistercians, who were subject to the coastal strip in this region for control, allowed the construction of small fishing sheds.

In the 14th century, the village was known for its shrimp fishery, which was intended to supply local fishermen to Oliva Monastery, similar to catches from cod, herring, salmon and all sturgeons caught. The document from 1669 indicates that the head of Rewa controlled the catches of shrimp in all the surrounding villages. At the end of the 18th century, the town collapsed, just 19 were inhabited that time, of which only 14 were fishermen. From then on, the constant rise of the inhabitants becomes clear.

Salmon and Eel catching is the main business 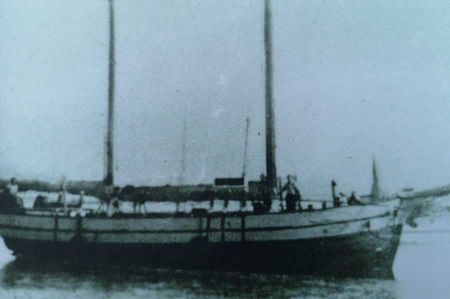 Before the outbreak of World War II, there lived seven Kashubian fishing companies that consisted of 12 people (6 fishermen and 6 helpers). They worked in trawling and putting up traps for eels. Until the 1960s, almost half of the inhabitants worked in the fishery. Their specialty was hooked eel catching, as well as flounder and salmon caught in driftnets. It was hard to just live on the fishery itself, so since the beginning of the recordings, trade in coastal shipping has also been practiced in parallel. The men from Rewa were known and appreciated throughout the coast as capable sailors. Often as youngsters, they were hired by merchant ships to gain experience and earn money. 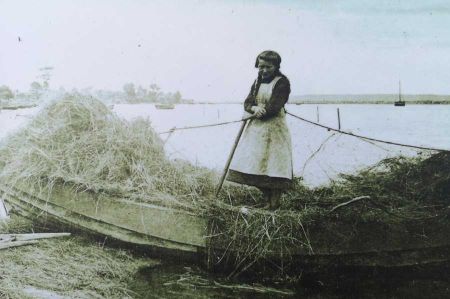 For their money they often bought or built small sailing ships as barges after their return home. The bank near Rewa, which was particularly well protected by the Rewa headland, was an excellent natural dock. In late autumn, the barges were anchored in the vicinity of the already defunct Beka village on the Reda Canal. There was a complete freezing of the barges over the winter completely excluded. After the melting of the ice, the boatmen and their barges began work again, transporting building materials and agricultural products such as heating fuel into the surrounding ports. As needed, they also turned into passenger ships for the transport of pilgrims, wedding guests or participants of a funeral.

The fishermen and ferry people from Rewa were able to reach Rügen with their barges.