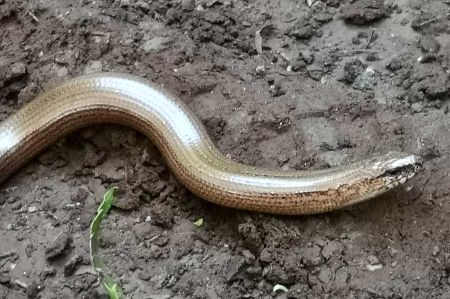 Once again the almost autumnal sun had lured us outside and once again our walk was to lead us to the small lake at Abtsküche.

A lap around the lake had already been completed and once again we discussed about names of trees on the way, had watched the sun-kissed turtles, as we encountered the tracks of a fox cave on the way back, which seemed to be dug just short time ago. Our urge to research was quickly arising, especially when we came upon a closer look at an unexpected animal, a slow-worm, which was not really disturbed by our presence.

Slow-worm belong to the family of the lizards 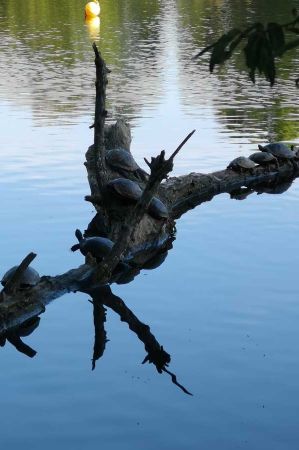 With its long legless body, the slow-worm looks quite similar like a snake, but biologically it belongs to the family of lizards. Likewise, the name shows something wrong, as the slow-worm is not a worm at all. The slow-worm is regarded as a cultural successor and has long benefited from landscape changes by humans, as a result of them many structurally rich, semi-open biotopes were created. In the modern civilization landscape, however, the slow-worm suffers high losses through intensive agriculture and forestry, reclamation measures in mining pits, the mowing of grass-perennial margins and meadows, the removal of hiding places and the "tidying up" of "untidy" slopes and much more. Close to the settlement, the usage of pesticides such as slug pellets poses an immense risk of poisoning for slow-worms, as snails are a preferred food plan for them.

Often, due to ignorance and a strong aversion to the supposed snake, the completely harmless slow-moving worm still today is slain or trampled when people encounter it. This can locally take quite endangering to proportions of animals. Domestic cats are used to hunt slow-moving animals and other small reptiles and often at least injure the slow-worm. Caused by their behavior, to place themselves on path or road to recharge heat, many of them simply die due to the vehicle traffic. Even cyclists often do not recognize them in time and kill without noticing them as animal.

Slow-worms belong to the category of animals worthy of protection 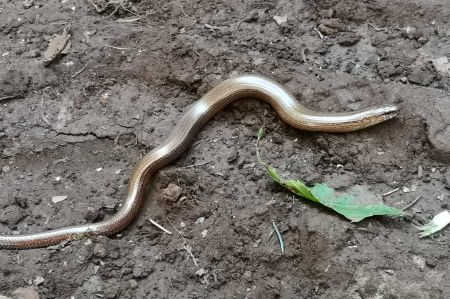 Despite these losses, the species in Central Europe is still common and is considered as little endangered in the German-speaking countries. But it is still kept under nature and species protection and must not be caught or injured. In particular, it is to be avoided to pull slow-worms at their rear body portion. This can trigger the dropping of the tail, not killing the animal, but remains maimed throughout life.

Slow-worms like to use sheltered and dry sunbathing spots, for example on deadwood, dark humus soil and peat or on old grass piles, which are located in the vicinity of slightly wet zones, but also easily heat able, not too shady hiding places. At particularly convenient hiding place often is used by several animals at the same time.

Predators, but man remains the biggest source of danger 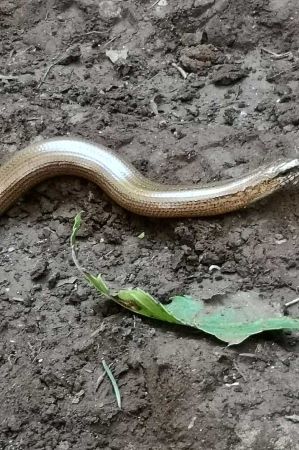 The slowworm, in return, has many predators, including other snakes, mammals and numerous birds. In the vicinity of man, especially domestic cats, dogs and chickens are a danger for stalking. In distress and when they are seized, the animals wind their way back and forth, often excreting urine and feces from the sewer. Biting attempts against the attacker are extremely rare. Finally, a tail piece can be thrown off, which then fidgets for several minutes violently and twitches. This is an effective distraction especially for birds and mammals.

The morning and evening hours are also used for thermoregulation by the slow worm sunbathing or at dusk on a the day heat surface radiating - these are often asphalt roads and other ways in which the animals are then killed in large numbers.