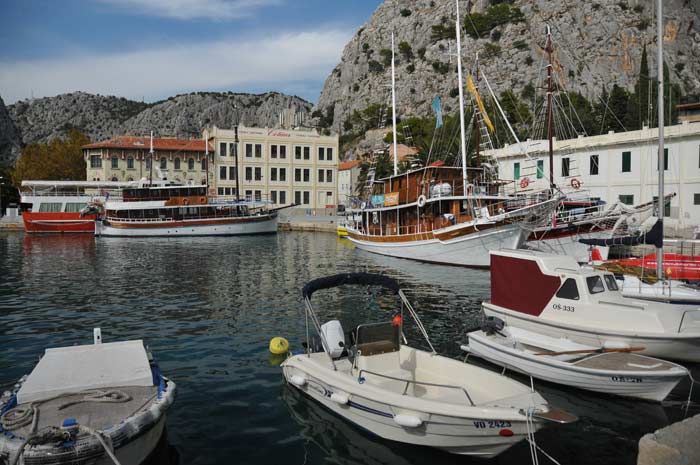 Some days we are now at Camp Galeb in Omiš and now it should even go into the town center. The town itself is located in the south of Croatia at the mouth of the Cetina into the Adriatic Sea and belongs to the province of Dalmatia. 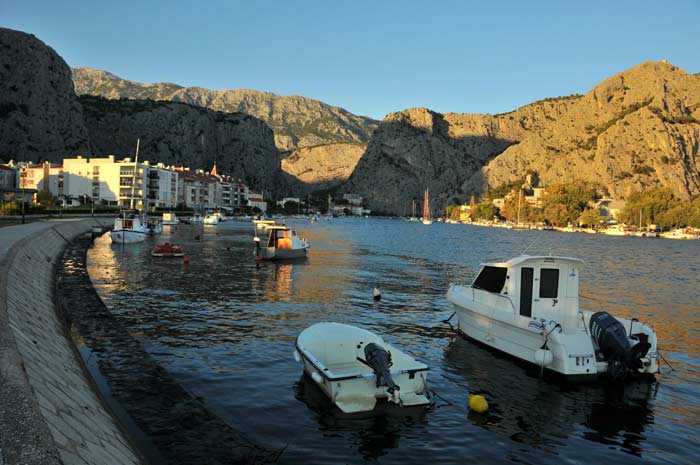 The now mainly from tourism living city has about 15,000 inhabitants and is at least in the high season a center for tourist of Croatia. Accordingly, there are two ports with numerous yachts and excursion boats that offer a wide variety of tours for guests. Here in the picture the port in the river is shown. 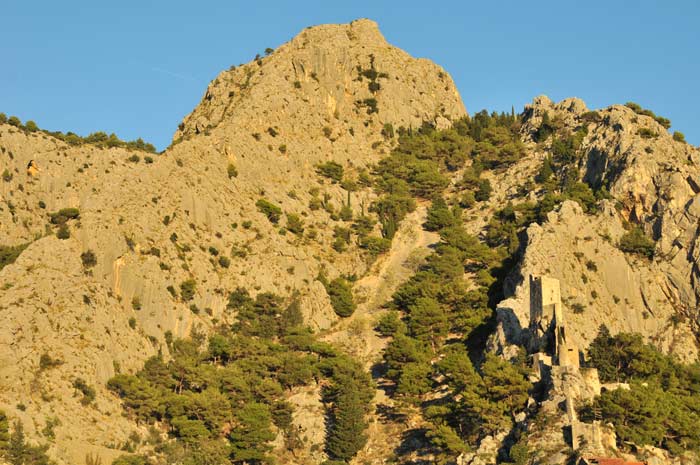 The way to the city center takes you along the estuary, then across the busy bridge over the Cetina and you already have arrived in the city center. Here a view from the river port up to the castle ...... that is barely visible in the rocks. 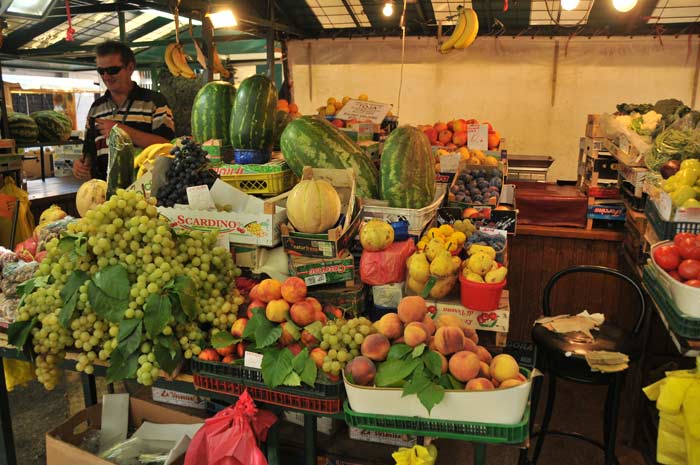 Along the main road some stalls are constructed every day, offering fresh fruit and vegetables from local farmers right here. 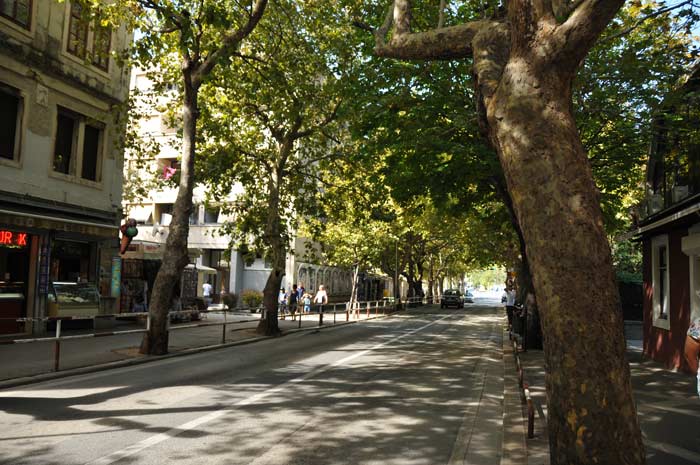 Tall plane trees that form a shady avenue, standing along the main road, where there are some cafes and ice cream parlors, giving the typical flair of the Mediterranean. 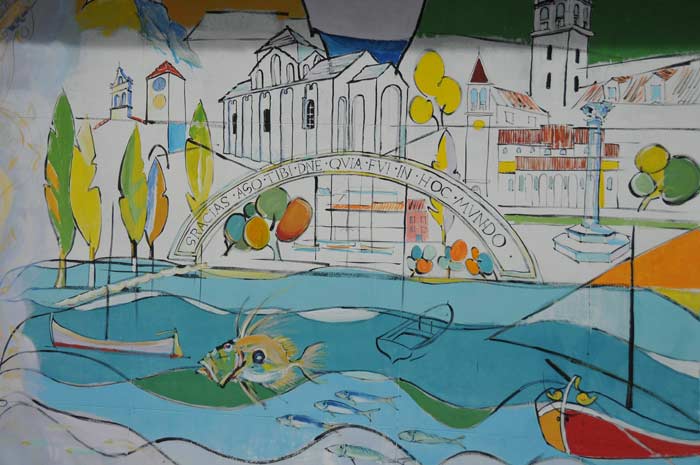 To the right, leaving the main road, we reach the small state park whose shore is public beach at the same time. The picture shows a mural of the local music school, whose teachers repeatedly over the years hold internationally announced music festivals. 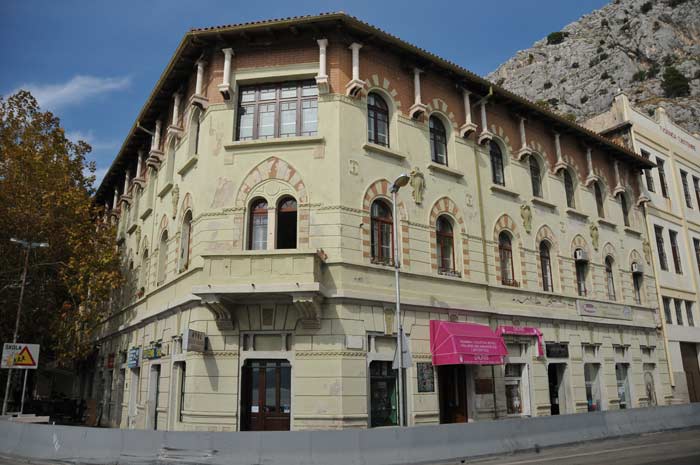 One of the oldest buildings in the newer town history from the 19th century, directly on the sea port of Omiš town where the tourist boats are. 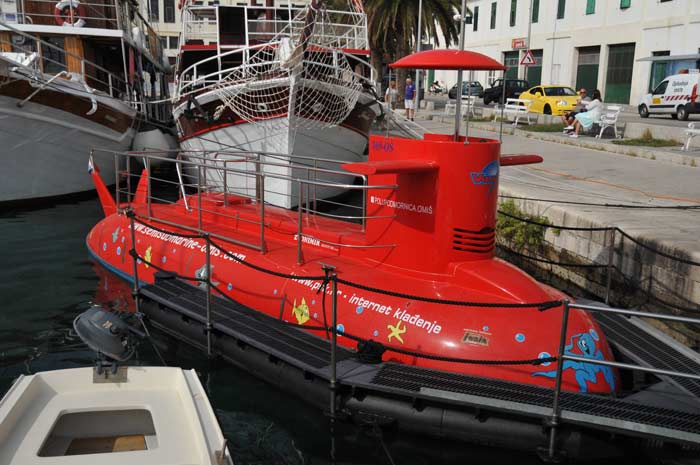 Among the attractions in the harbor is one of this "submarine", which features a glass floor can tourists can view the underwater world along the coast sitting on their chairs. 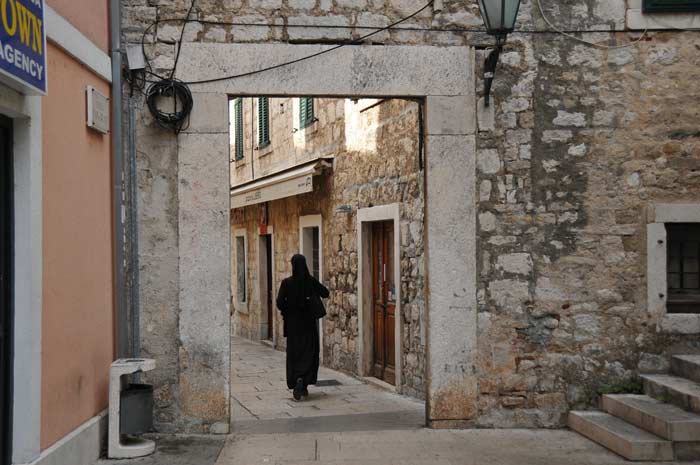 Opposite the harbor a narrow footpath leads through the gate into the old town of Omiš, which is paved with large stone blocks and probably hundreds of years old. We could not find out, when the paving was installed. 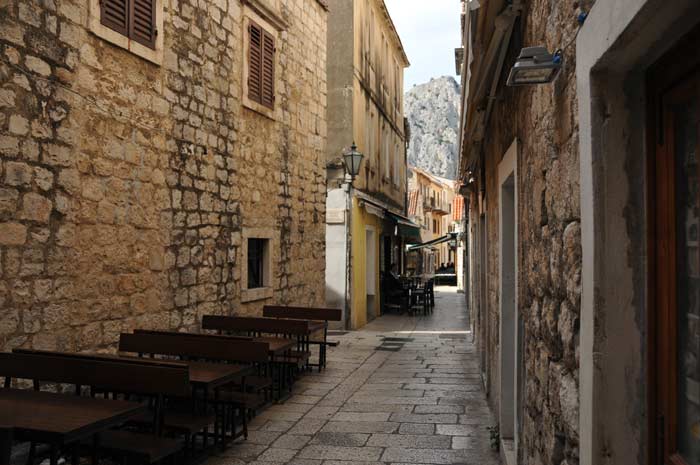 In the narrow streets there are numerous cafes and restaurants, which are very well attended during the high season. However, now in the postseason often are entirely without customers, which sometimes appears quite depressive. 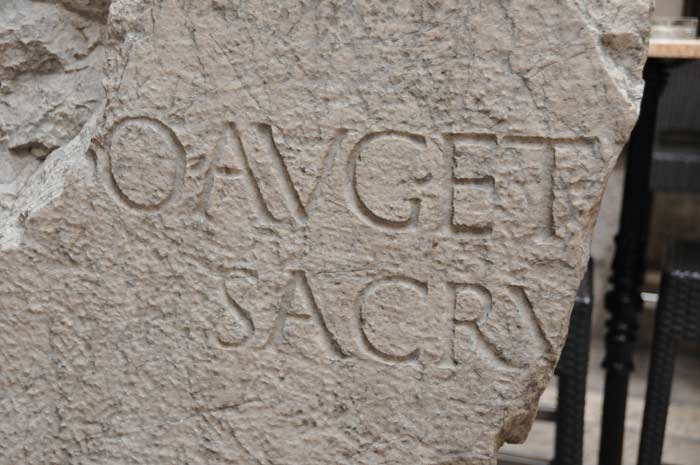 There is also a small museum in the old town, where among other things some Roman finds are on display. As is known, a Roman road led from Salona to Narona, no wonder that there is a variety of artifacts. 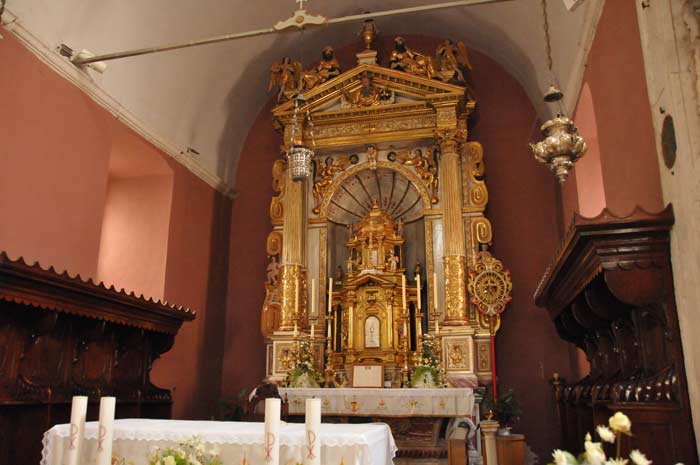 Surrounded by the old town there is a small church, which, as people explained to us proudly, is completely constructed by local builders and artists. 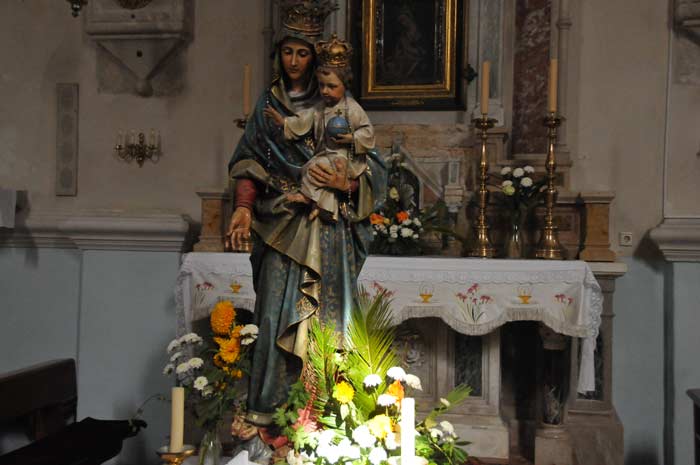 Whether equipping with church organ and figures also was done by locals we could not find out so far. 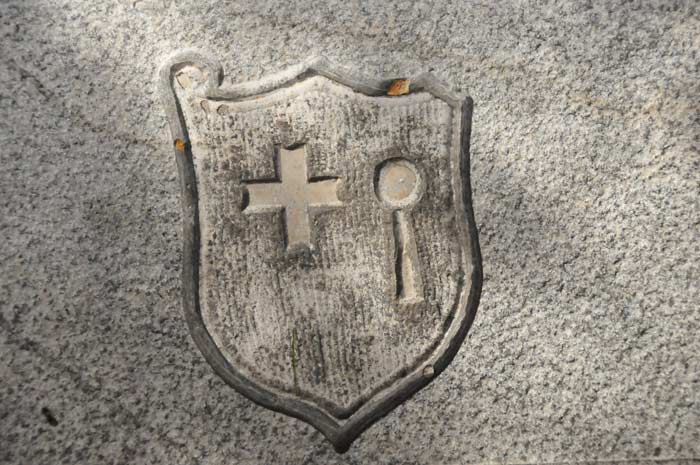 This coat of arms real native people of Omiš use. In the old town there are some houses, whose inhabitants thus express that they are born here and live here.