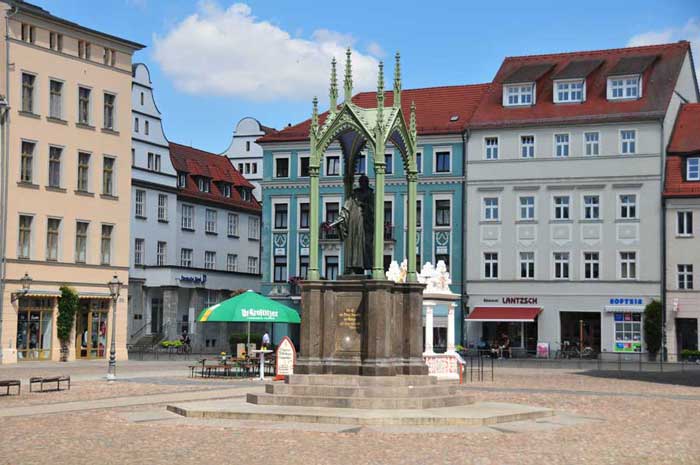 Our shooting on the campsite of Bergwitzsee should begin in the afternoon, enough time to do a little excursion to the city of Wittenberg, since 1938 officially called Lutherstadt Wittenberg. 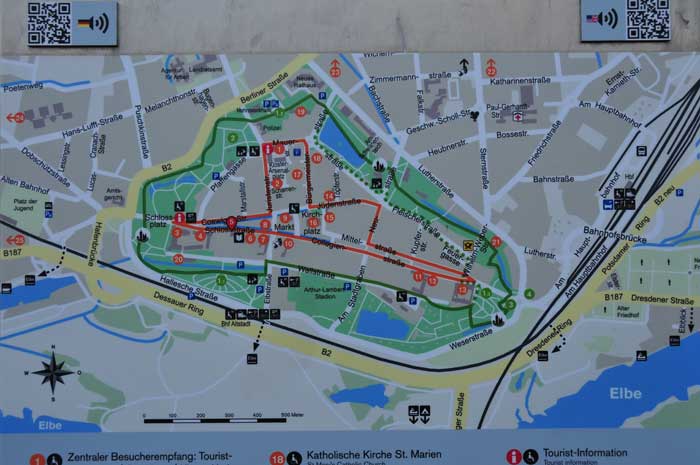 Wittenberg is a town in the eastern part of the state of Saxony-Anhalt and seat of the district Wittenberg. 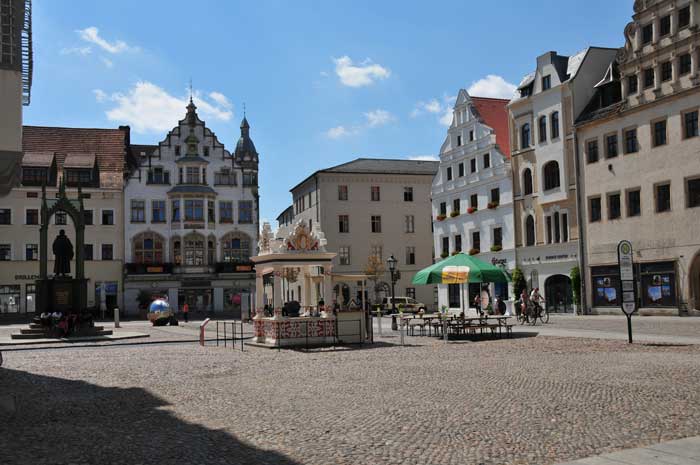 It lies on the Elbe river between Dessau-Roßlau in the west, the Fläming in the north, the Dübener Heide in the south and the Elbe-Elster-Land in the east, nearly 100 kilometers southwest of Berlin and about 70 kilometers north-northeast of Leipzig. 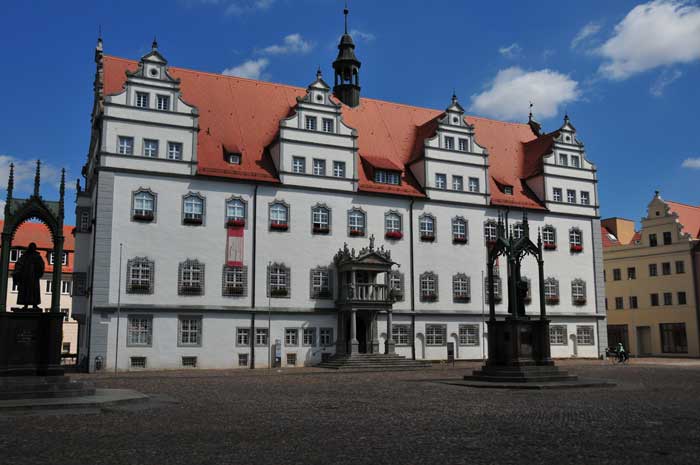 Outstanding importance Wittenberg gained as one of the most important German centers political, cultural-historical and artistic endeavors in the 16th century: The City Church of St. Mary, the Castle Church, the Luther House and the Melanchthonhaus belong to the UNESCO World Heritage since 1996. 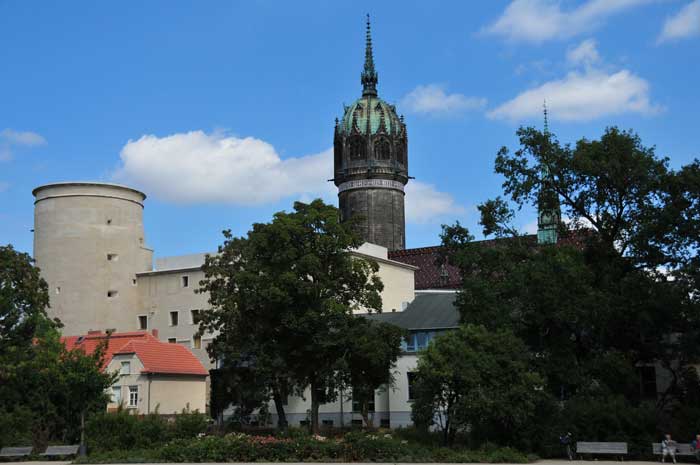 One of the main tourist attractions of the city is the castle church, which is mainly known in connection with the courageous attack on the practice of ablution of the Roman Catholic Church in the 16th century by the publication of the 95 theses of Martin Luther. 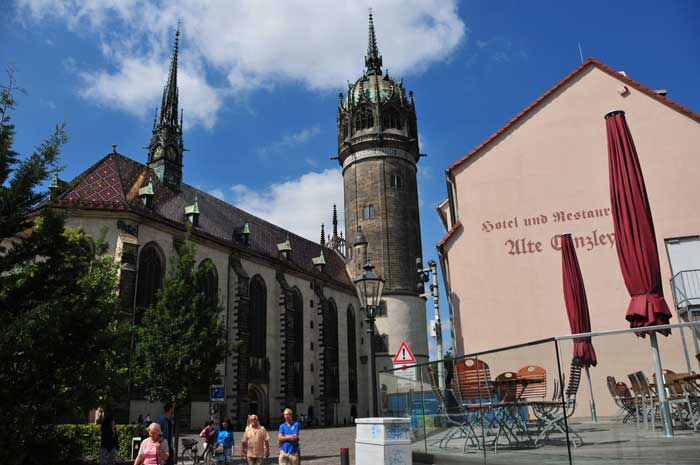 The castle church was redesigned from 1883 to 1892. According to the intentions of the builders, the significance of the castle church should be expressed in the history of the world. 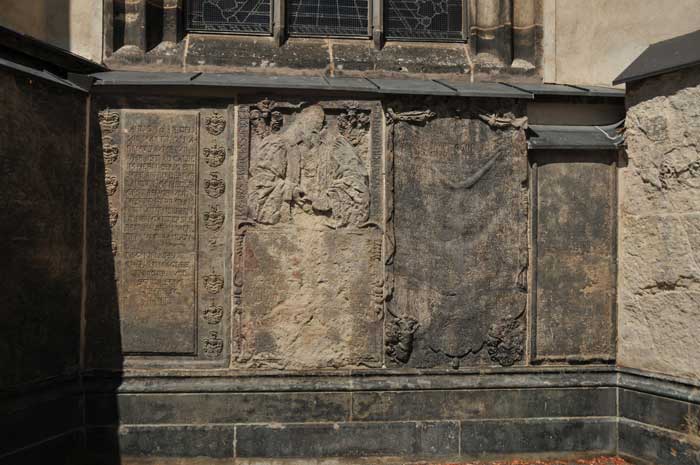 In the sense of the time of historicism, the statement was based on the forerunners and bearers of the Reformation, in mind of this creating a Reformation memorial. On the occasion of the 500th anniversary of the theses in 2017, the church has been extensively renovated. 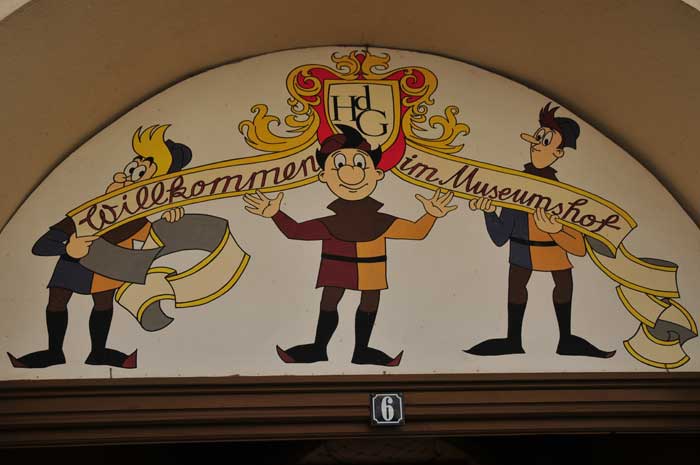 In 1505, Elector Friedrich the Wise called for the painter Lucas from Kronach in Franconia to settle him to his Wittenberg court. Cranach then lived in Wittenberg for 40 years, where he left a lasting mark as one of the most versatile personalities of the Reformation. 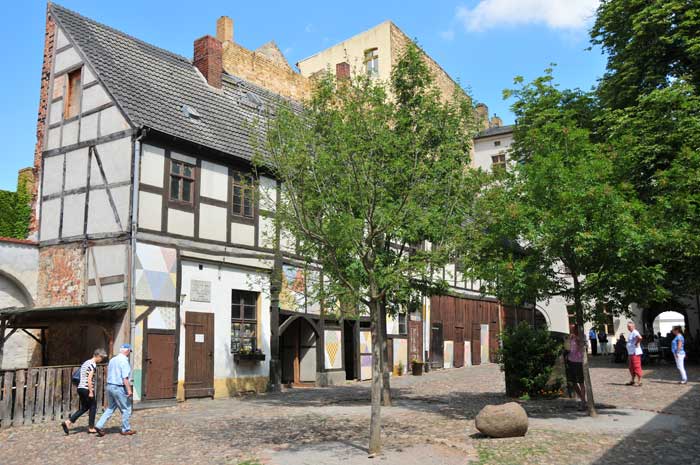 Thus, in the city are two of his houses, the so-called Cranach Courtyards, in which his work and activities took place. 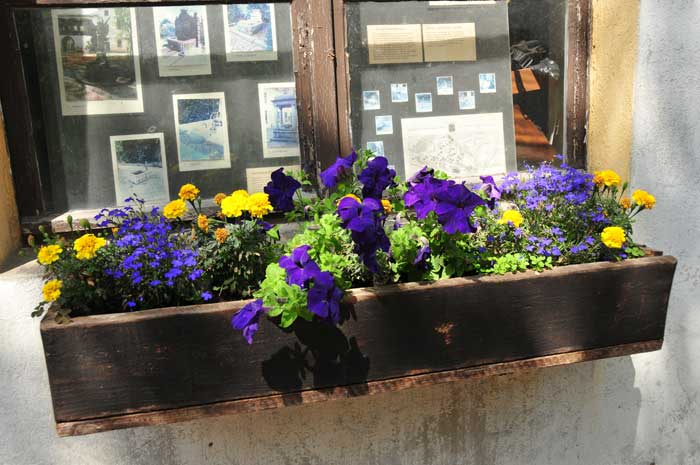 We still had the luck to encounter a musical matinee in one of the Cranach-Courts, which contributed to the midday entertainment of the staying guest there. 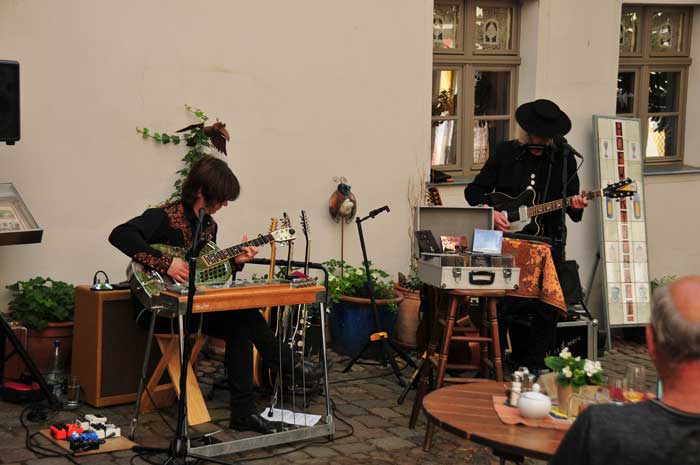 A little later, we made our way back to the campsite passing the now somewhat more lively pedestrian zone. A short, but quite informative tour to the Lutherstadt. We will be back. 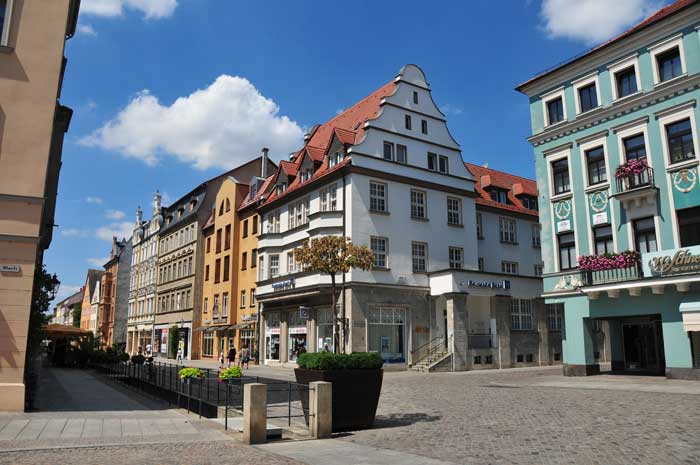