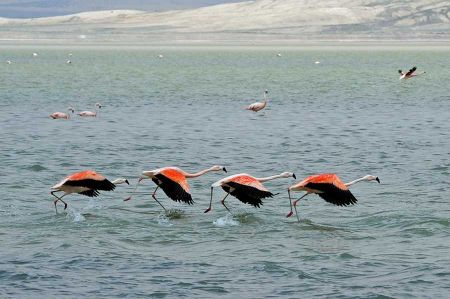 For centuries, Lake Tuz in Turkey has attracted large colonies of flamingos. The birds breed in warm weather and feed mainly on algae in the shallow bank regions.

This summer, however, instead of the usual magnificent pictures of flamingos in the sunset, there was a really oppressive sight: the cracked, dry lake bed was covered with carcasses of chicks and parent birds.

The water level of the 1665 square kilometre lake, which is after all the second largest in Turkey, had decreased this year to such an extent that large areas have dried out completely. According to experts, Lake Tuz, Turkish for “Salt Lake”, fell victim to a drought caused by climate change. The drought hit the region in Central Anatolia hard. As a further reason, the experts see the decades-long destructive agricultural policy, which has exhausted the groundwater reserves without any real planning.

Flamingos fall victim to the drought 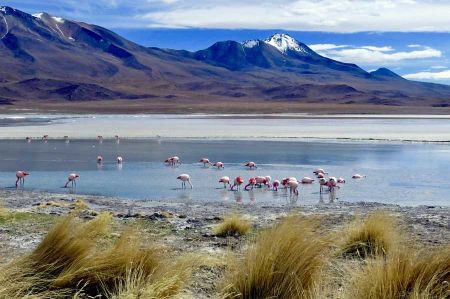 "There were around 5,000 young flamingos," says the nature photographer Fahri Tunc, who has been capturing the diversity of birds at Lake Tuz for years. “They all perished because there was no water. It was an incredibly bad sight that I will never forget. I hope to never have to experience such a scene again,” says Tunc, who also heads the regional branch of the Turkish environmental protection organization Doga Dernegi.

Several other lakes in Turkey have similarly dried up or retreated to alarmingly low levels. Reasons for this are also low rainfall and unsustainable irrigation techniques. Climate experts warn that the entire Mediterranean basin, which includes Turkey, is threatened by severe drought and desertification.

Fishing boats could not go ashore 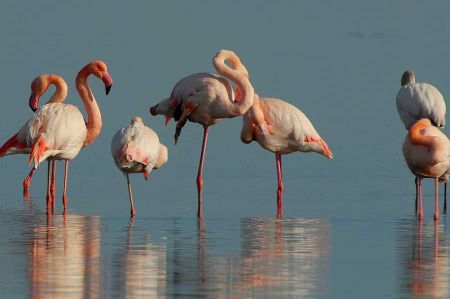 At the largest Turkish lake, Lake Van in the east of the country, according to TV reports, fishing boats could not return to the shore last week after the water level had dropped to an unusually low level. The situation is bad across the country, explains Levent Kurnaz, a scientist at the Centre for Climate Change and Political Studies at Bogazici University. With rising temperatures, the rain subsides at the same time. The drought in the region and decades of false agricultural policy have depleted the lake's groundwater.

According to a study by the Turkish Ege University based on satellite images, the water level in Lake Tuz began to fall in 2000, as reported by the state news agency Anadolu. As a result of the warming, increasing evaporation and insufficient precipitation, the water then dried up completely that year.

The researchers also noted a sharp drop in groundwater around the lake, which stretches across Turkey's Ankara, Konya and Aksaray provinces. The Konya Basin in Central Anatolia, in which Lake Tuz lies, was once known as Turkey's granary. Farmers in the region grow profitable but water-intensive crops such as corn, sugar beet and alfalfa, which Tunc says have consumed a lot of groundwater. Farmers dug thousands of unauthorized wells while the lake's inlets were dried up or diverted.

Sink holes due to excessive use of groundwater 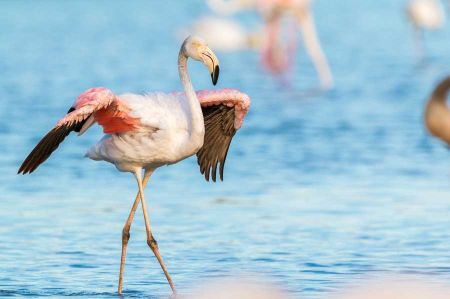 Environmental experts hold state agricultural policy responsible for a large part of the decline. "If you don't pay the farmers enough, they will grow water-intensive plants and earn money with them," says Kurnaz. "And if politicians forbid them, they will no longer get the farmers' votes in the next election."

The excessive use of groundwater also means that sink holes are increasingly forming in the region. In the Karapinar district of Konya, AP journalists recently saw dozens of such so-called collapse sinkholes, one of them next to a freshly harvested field of alfalfa. 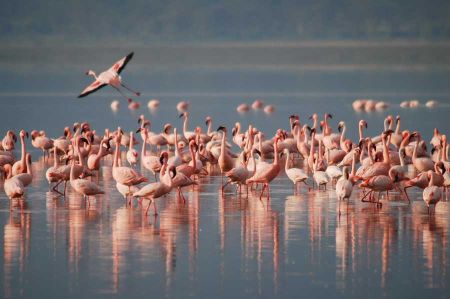 Climate scientist Kurnaz is less optimistic. "You keep telling people not to use groundwater for this kind of agriculture, and people don't listen," he says. "There are around 120,000 illegal wells in the region, and everyone pumps water as if it were inexhaustible." Refilling the groundwater supplies in Central Anatolia could take thousands of years.

The drought and the death of flamingos at Lake Tuz are only two of several environmental disasters in Turkey this summer. In July, forest fires wiped out large areas of the south coast, killing eight people and displacing thousands. Floods on the Black Sea coast in the north killed 82 people.

In the village of Eskil near the shore of Lake Tuz, the farmer Cengiz Erkol checks the irrigation system on his field on which he is growing animal feed. "The water is no longer flowing as strongly and plentifully as it used to be," says the 54-year-old. «I have four children. The future doesn't look good. Every year is worse than the previous one. "

Because of the lack of water, thousands of birds perished at Lake Tuz. Experts blame climate change - and state agricultural policy.