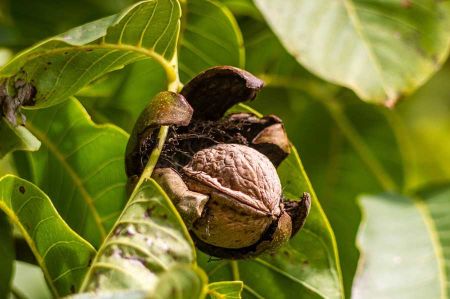 Once more on the road in the area of Lake Constance, our goal this time was to attend the spectacle "Southside", the fair and exhibition for off-road fans and their sometimes very unusual vehicles.

The Roman estate of Eigeltingen, a preserved villa rustica, a Roman estate from the 1st century that existed at least until the 3rd century, was also of great interest to us but we will report about it later. Just one day before the start of the fair on site, we had the opportunity to take a closer look at Eigeltingen and its surroundings. We immediately noticed the numerous and imposing walnut trees in the village itself and of course in the wider area. 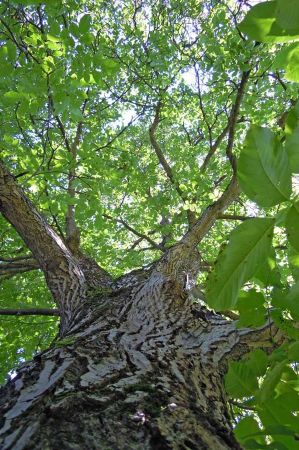 The giant walnut forests in Kyrgyzstan in the Tianshan Mountains are known worldwide. Although Kyrgyzstan, with only 4% of forest area, is one of the poorest forests in Asia, it is home to the largest walnut stock in the world. In an height altitude zone of 1000 to 2000 m, the trees are up to 30 m high, especially on northern slopes, reaching an age of up to 150 years.

The genuine walnut is already occupied for the earth age Tertiary. It is believed that the walnut in Syria and western and southern Anatolia survived the ice ages. Their natural distribution in the Quaternary, they have in the eastern Mediterranean, on the Balkan Peninsula and in Central Asia. It is found in humid mountain canyons and grows in the Himalayas to heights of 3300 m.

There are some, but controversial indications of the spread of the species to Central Europe already in the prehistory; It has certainly been cultivated since Roman times in large parts of southern, western and central Europe. Thus, their current distribution is strongly influenced by the cultivation as a fruit tree. In Central Europe, it usually occurs in cultivated form on farms, in gardens or as a single tree in the field corridor. Occasionally they are found wild, especially in alluvial forests of the Rhine and the Danube. In Upper Austria you can find small-fruited, rather frost-hardy wild forms in the riparian forests of the rivers Alm, Enns and Traun. These are called Spitz, beak or walnut. It is not clear whether this is an autochthonous Central European variety.

In addition, the stock of walnut according to the Board of Trustees "Tree of the Year" has declined sharply in recent years due to excessive use and lack of replanting in Germany, which is why it was elected "Tree of the Year 2008".

Incidentally, the Turkish town of Adilcevaz is known for its excellent walnuts.

Walnut kernels and walnut oil in the kitchen 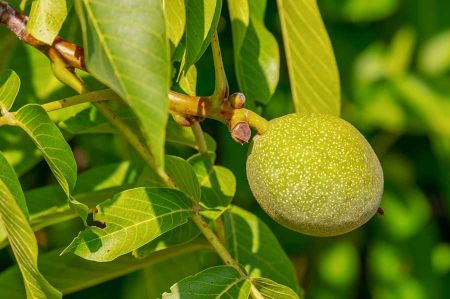 The walnut is used for cakes or for walnut ice cream, means in many dishes. In addition to whole nuts, walnut kernels and walnut oil, which have been liberated from the shell, are sold as well as brittle for the decoration of desserts. For Waldorf Salad, Tortelloni, Skordalia, Kozunak, Lobio, Nunt or as Tschurtschchela walnuts are used too.

Another possibility is the harvesting of half-ripe green nuts in June (Johanninüsse). From these, a canning fruit with high content of vitamin C (candied or called black nuts) or a nut liqueur (nut spirit, walnut brandy) can be produced. In Italy they used to prepare something similar from the still green nuts, which are traditionally harvested on St. John's Day, a special liqueur, called the Nocino. In Serbia, Croatia and Bosnia and Herzegovina, a liqueur is made from the still green nuts, which is called the Orahovac.

Health benefits of walnut - an all-rounder? 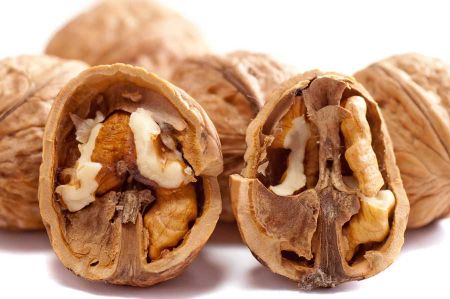 Depending on whether fresh or dried, walnut kernels have a fat content of 42 to 62.5 percent, 11 to 16 percent protein, 15 to 23 percent carbohydrates. Walnuts have the highest content of linolenic acid (an omega-3 fatty acid) of all nut fruits (7,490 mg / 100 g). In addition, they are rich in tocopherols, a group of four different forms of vitamin E. In addition, this fruit is rich in zinc and potassium, it also contains magnesium, phosphorus, sulfur, iron, calcium and vitamins A, B1, B2, B3, C and pantothenic acid.

A study on Mediterranean diets found that the nuts have a diabetes-protective effect. Newer studies also show that nine walnuts daily and one teaspoon of walnut oil can protect the body from high blood pressure in stressful situations. In combination with linseed oil, walnuts should also have a positive effect on the condition of the blood vessels. In addition, walnuts not only seem to counteract cardiovascular disease, but also to slow down prostate cancer.

Walnut is now more in the focus of research 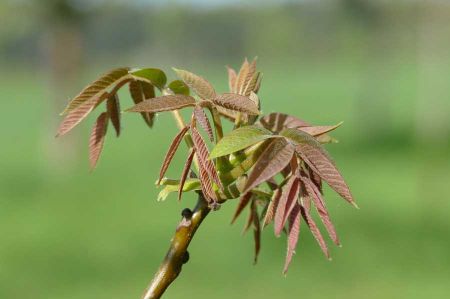 Recent studies have particularly focused on polyphenols. These substances are considered effective radical scavengers. They protect the body from the oxidative stress caused by chemically aggressive substances. The walnut contains about 15 to 25 milligrams of polyphenols per gram. Because of their antioxidant properties, researchers believe walnuts can slow the progression of degenerative brain diseases such as dementia and Parkinson's disease. So far, however, this theory is supported by experiments on mice only.

According to Madaus, Dioskurides mentions that the nuts would cause headaches, but help against arrow poisons, tapeworm and the "bite of the great dog". The bowl, rubbed in wine and oil, produces beautiful hair as a pomade in children. In homeopathy, Juglans regia is used especially in axillary abscesses. 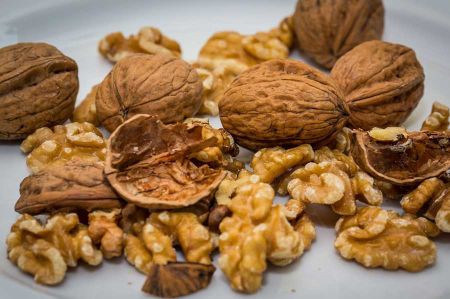 Semi-ripe nuts and foliage harvested in early summer contain up to 1 percent vitamin C, making them one of the richest plant sources in Central Europe. Since ancient times they have found versatile medical use. Even today their extracts are used in natural medicine and are intended to help with anemia, diabetes mellitus, diarrhea, intestinal parasites, chilblains, skin ulcers and wounds. They are said to have an antiseptic, worming, tonic, blood-purifying and scar-forming effect.