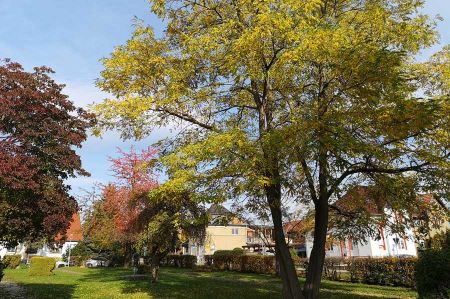 I can well remember when, as part of a carpentry project, I suggested making a model window out of robinia. In its time there was a great contradiction and objections came from all sides: absolutely twisty, hard and hardly machinable, high wear of the tools, etc.

At that time people simply did not want to recognize the advantages of this wood. They are obvious, because the wood of the robinia is extremely resistant, especially against rot. I had even gone so far as to process it into a window IV 68 and then add it into construction even without any surface treatment. Now, after 40 years, the surface is graying, but the window is fully functional as a tilt and turn window and without any signs of rot.

Robinia or Black locust - Resistant in use today 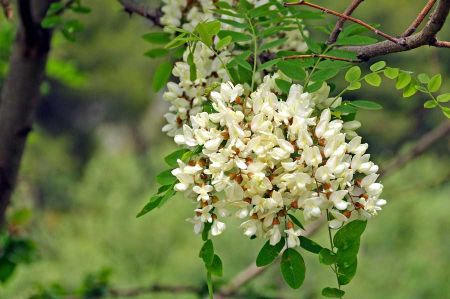 Glued scantlings are used almost exclusively in modern window construction today, although robinia is still hardly to be found in window production. And that in spite of the extensive distribution that the robinia has meanwhile found. The wood, which is extremely resistant to wood rot, is flexible, strong and extremely hard at the same time (Brinell hardness 46 N / mm²). It is actually used in shipbuilding and furniture construction, in interior finishing for floors, as pit wood, as threshold wood, in traditional arch construction as well as in agriculture (e.g. viticulture: stickel). It is considered to be more resilient and durable than oak. Since it remains stable for a long time when used outdoors, even without chemical preservation treatment, it is well suited, for example, for the construction of devices on children's playgrounds and garden furniture, as we recently saw during our hike on the Rabenswald hiking trail. However, it is still not found in window construction.
Since robinia wood is a good substitute for tropical woods due to its properties, it is currently widely planted.

Origin of the black locust and distribution in Europe 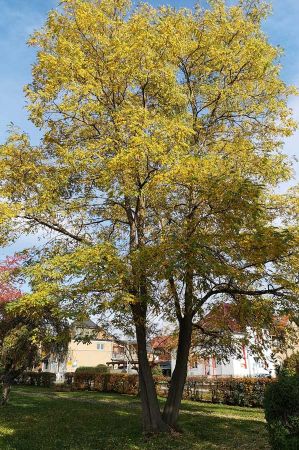 The undemanding black locust was spread by humans in numerous areas that did not belong to its original range. It is therefore a so-called hemerochore plant and, due to its introduction to Europe, is a neophyte.
According to most sources, black locust was introduced to Europe in 1601 by Jean Robin, the pharmacist and botanist to the kings of France, from Virginia to Paris, where in the Jardin des Plantes and on Place René Viviani in front of the north facade of the church of St Julien-le-Pauvre, not far from Notre-Dame, two specimens planted by Robin are considered to be the oldest trees in the city. The robinia on Place Viviani with a trunk circumference of 3.90 m is probably the older one. It was damaged by bombing during World War I and then supported by three concrete pillars, but it is still in bloom.
Because of its attractive inflorescences and pinnate leaves, the common robinia was first planted as an exotic ornamental wood in parks. It came to England in 1640, and the first evidence of cultivation in Germany is available for 1670, when it was planted in the Berlin Lustgarten. 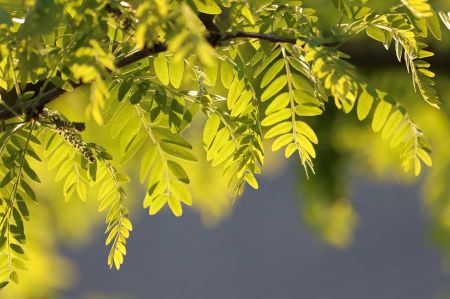 By the way: the robinia provides rich nectar and is therefore important for beekeeping as a bee forage plant
In the course of the 18th century, people began to see this type of wood as a promising species for the developing, regulated forestry in locations that were poor in nutrients. There was regional hope of being able to counteract the shortage of wood that had previously been caused by unregulated overuse, which resulted in forest destruction, by cultivating the robinia in the short term. Two properties favored its rapid spread: the robinia makes just low demands on the soil, because thanks to the nodule bacteria that bind with nitrogen in the air, it is able to “fertilize” the soil. It is therefore a suitable tree species for the reforestation of forests that have been destroyed by overexploitation, and it is a plant that prevents further soil erosion. It is therefore still used today for planting in sandy areas.

Use of black locust in mining 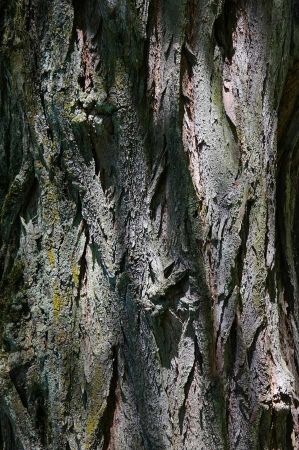 Numerous tests have also been carried out in Germany to determine its suitability as pit timber. As early as 1900, the Saarbrücken mining directorate reported on experiences with robinia wood, in which it was still completely healthy after two years, while oak wood was already rotting in its outer parts.
Reports from Hungary that built-in robinia wood smelled so unpleasant that it was not possible to work in its vicinity were probably based on the coumarin released from glycosides (see toxicity), among other things. Robinia root wood, in particular, has an unpleasant odor that it retains for a long time.
Robinia wood can have a certain "warning ability". This is understood to mean the property of the wood to splinter before breaking and to emit audible warning noises to the environment, which enables the miners to react in good time. However, this property is more pronounced in softwoods that break with long fibers. On the other hand, robinia beams bend sharply before breaking, which gives an additional visual warning.
The difficult processing of robinia wood is seen as a disadvantage. Robinia stamps are heavier than those made from other types of wood. Plus, they're harder to work with and to nail.

As an important early summer crop, the common robinia is one of the so-called bee pasture plants. Robinia blossoms provide a lot of nectar with a high sugar content between 34 and 59 percent. A single black locust blossom produces nectar with a sugar content of 0.2 to 2.3 milligrams in 24 hours. On average, honey yields between 0.66 and 1.44 kilograms can be achieved per tree and flowering season. Because of their high sugar value, locust trees are occasionally planted by beekeepers specifically as a foraging plant. - The honey, which is sold under the name "acacia honey", has a light, pale yellowish color, is very liquid and crystallizes very slowly in the course of several years in the form of a sediment. The slow crystallization is due to the high proportion of fructose, since fructose in honey has little tendency to crystallize in contrast to glucose, which is predominant in many other types of honey.
France and Hungary are among the countries in which it is used very intensively as a beekeeping plant in addition to forestry. In Brandenburg, too, the robinia makes up to 60 percent of the honey harvest in good years.