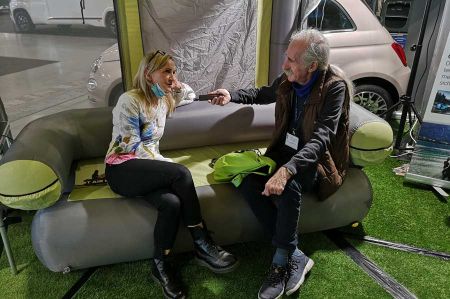 Major industrial sectors are mechanical engineering, electrical engineering, brewing and the metal industry. The Volkswagen plant in Poznan emerged in 1993 from a joint venture between Volkswagen AG and the Polish car manufacturer Tarpan. It has been a wholly-owned subsidiary of the Volkswagen Group since 1996. The Poznan plant produces components for the Wolfsburg-based group as well as the Caddy and T6 commercial vehicles, making it Poland's second largest exporter.

Gastronomy, culture, the European Football Championship 2012 and congress tourism have also contributed significantly to the upswing in Poznan in recent years. Unemployment is the second lowest in Poland after Warsaw. 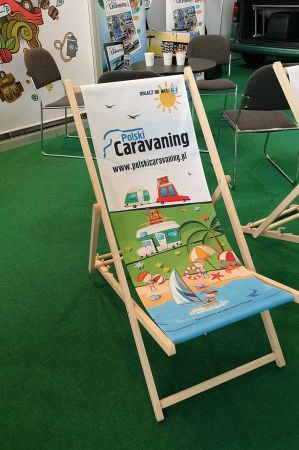 Poznan is an important international trade fair location. The first Poznan trade fair privilege dates back to 1254 and was issued by Przemysł I. In 1921 the first modern Poznan fair took place. Since 1925 the fair has had an international character; it was reopened in 1947 after the war.

The Poznań International Fair (Polish: Międzynarodowe Targi Poznańskie) is a complex of exhibition buildings in the centre of the Polish city of Poznań, which is a rarity these days, because the existing transport infrastructure almost always leads to high visitor numbers. The IMP was built in 1921, making it the oldest and largest trade fair in Poland. With around 145,000 m² of floor space, it is also the 21st largest trade fair in the world. Of these, 110,000 m² are inside and 35,000 m² outside the building.

Almost all exhibitions focus on consumer goods. Mention should be made of the food and agricultural fairs POLAGRA-Food, POLAGRA-Gastro and POLAGRA-Premiery, the construction and construction machinery industry fairs BUDMA and BUMASZ, as well as fairs for the woodworking and furniture industry, machine tools, logistics and packaging as well as environmental protection. Since 2013 the CEDE trade fair for dental technology has moved from Łódź to Poznan. Recently, the caravan fair has also been gaining in importance. 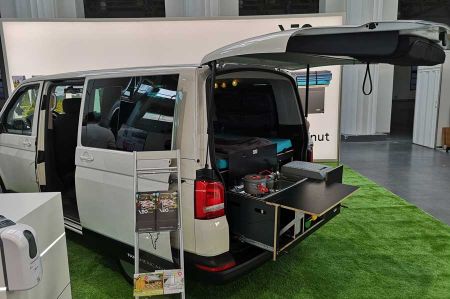 Here too, of course, a somewhat uncomfortable feeling that accompanied us in Düsseldorf. But as soon as we drove into the exhibition centre, our concerns were lifted for the first time: fever was measured and access was only permitted at normal body temperature. All halls were well ventilated, toilets were continuously cleaned and disinfected, the mask requirement was mandatory and constantly monitored by the staff.

So let's get down to the construction of the booth and look forward to the first day of the fair full of impatience. And we should not be disappointed, because the interest was great, the audience disciplined, kept their distance even when there was a large crowd.

All well-known manufacturers of the caravan, travel and camping industries were represented, as well as numerous dealers for accessories on site, so the visitors' interest in buying was very pronounced. Tables and chairs, camping crockery and equipment changed hands. And here in Poland, too, the trend is clearly in the direction of buses and box vans, because numerous outfitters in the van sector showed their objects, and even some old-timers attracted the interest of visitors.

In a nutshell - impressive trade fair days in Poznan.