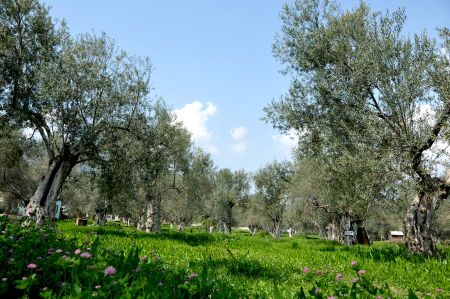 Inside of Turkey the best camp grounds are the BP-Mocamps which are mostly connected with one of the BP petrol stations. The Turkish Government together with the office of tourism has published a brochurecalled “Turkey – Camping” where the best and licensed campgrounds are listed.

Quite often the camp grounds are combined with low rate bungalow - motels next to the main roads at the city borders.

All along the coast of the Marmara Sea and along the Mediterranean Sea there are couple of nice situated, modern equipped camp grounds which are coming close to the infra structure of club hotels with all kinds of water sports, mini-markets and more.

The official published list mentions 240 camp grounds. For sure, most of them are at the sea side in the tourist areas of the Aegean, Mediterranean and Marmara region. Couple of them are next to natural parks or even are National Parks which offer beautiful landscape and sights. Most of them open the gates during Easter holidays (even there is no Easter in Turkey) and close down in October, some work all year round.

Official camp grounds belong to the Ministry of Tourism and are periodically checked for quality and standards by the government. These camp grounds are as good as most European ones.

We have 311 guests and no members online