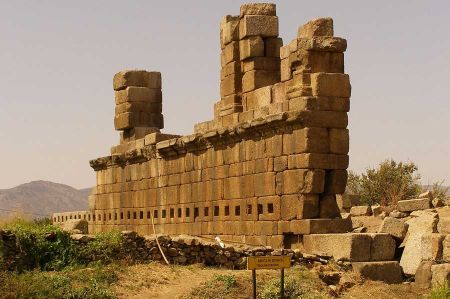 A few days ago, researchers in Alanda, Turkey, found the head and other parts of a statue of the Roman emperor Hadrian.

The city of Alabanda, which in ancient times was also called "Carian Antioch", is located in the west of the Çine district, near the modern city of Doganyurt in the Turkish province of Aydin. Hmmm, actually it's a quarter of the village of Araphisar Doganyurt where the ancient city of Alabanda is located. The excavation sites are about 4 km from the Çine (Marsyas) brook. The ruined city spread out on the slopes of two hills, which are the extensions of Karadag in the west and the Ine plain in the north. A paved road to Alabanda is marked with brown signs from the national road D 550. After about 7.5 km we have reached the ruins of the ancient city.

Derivation of the name Alabanda from Carian 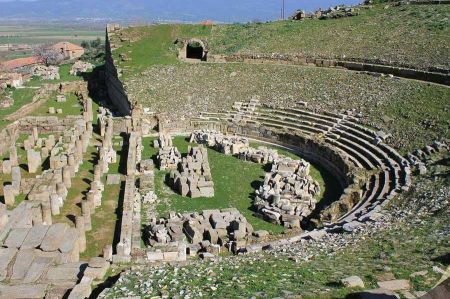 The name Alabanda is derived from the Carian words Ala (horse) and Banda (race). The Byzantine historian Stephanos mentioned in his records that the city was named Alabanda because Alabandos, the son of King Snow, won a horse race. Cicero, on the other hand, says in his work entitled "The World of Gods" that the city got its name from Alabandos, the snow god himself. Later, the first information about Alabanda comes appears the time, although their name was not mentioned, when Alexander the Great came to Anatolia in the 3rd century BC. The later Seleucid king named the city Khrysor Antiokhia. In an inscription found in Delphi, it was discovered that the Council of Amphiction, at the request of Antiochus, ruled on the inviolability of Alabanda, and in accordance with this decision the city of Zeus Khrysaoeos and Apollon Isotimos was consecrated.

About the location of Alabanda in the mountain region 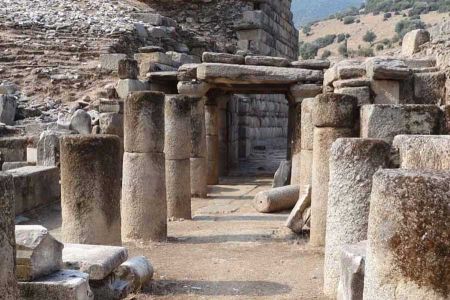 The ruined city lies between two hills, the region is particularly known for its dark marble. According to Stephanos of Byzantium, there were even two Carian cities called Alabanda, but this is not confirmed by any other ancient source. According to ancient mythology, the city was founded by the Carian local hero Alabandos, another founding legend. In the early days of the Seleucid period, Alabanda was part of the Chrysaori League, a loose association of Carian cities, including Alinda, Mylasa and Stratonikeia, which primarily wanted to coordinate joint trade, but also defense tasks. Alabanda was renamed Antioch in honor of Antiochus III, who secured peace for the city. 201 BC the city was conquered by Philip V of Macedonia. After the Seleucids at the Battle of Magnesia in 190 BC. were defeated by the Romans under Lucius Cornelius Scipio Asiaticus, Alabanda got its old name back. Soon after, the Romans also conquered the city. Quintus Labienus took the city at the head of a Parthian troop in 40 BC. After the residents had massacred the occupiers, the Parthians confiscated all treasures and possessions. During the Roman Empire, Alabanda was, according to Pliny the Elder, the seat of a convent and Strabo mentions the high standard of living and the decadence of the city's inhabitants. The city minted its own coins until the middle of the 3rd century AD. In Byzantine times, the city received a bishopric, the occupation of which can be traced back to sources from 451 to 879. The speakers Menekles and Hierocles should be mentioned among famous residents of the city. The ruins that have already been uncovered include a theater, a temple, a buleuterion (the meeting room for the city council) and other buildings. A few inscriptions came to light through excavations.

Site of parts of a statue of the Emperor Hadrian 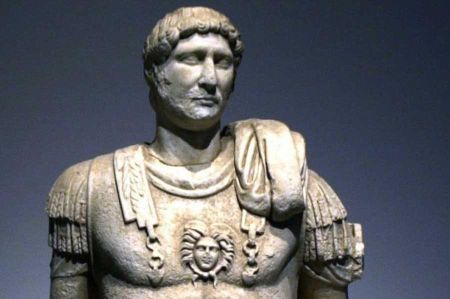 Now researchers have found the head and other parts of a statue of the Roman emperor Hadrian in Alabanda. There are some statues of Emperor Hadrian, such as the statue of the emperor shown here in an exhibition in Bonn. As a result of the find in Alabanda, further fragments have now been added. Scientists estimate the age of the figure at around 1,900 years and assume that the image was created in honor of the visit of the emperor to the ancient city of Alabanda in 120 AD. As a spokesman for Ataturk University the Gazete Duvar newspaper mentioned, the two and a half meter tall statue was likely destroyed by Christians in the following years. The Roman emperor with the full Latin name Publius Aelius Traianus Hadrianus extended his territory through several campaigns to the east as far as Asia Minor, so that the imperial border was again on the Euphrates.
In order to introduce the ancient city of Alabanda to the world of archeology and tourism, excavations have been carried out since 1999 under the direction of the Aydin Museum Directorate with the permission of the Ministry of Culture and Tourism, General Directorate of Cultural Heritage and Museums.