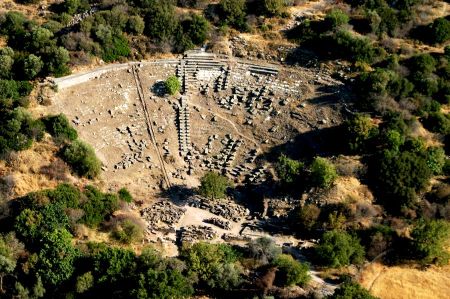 The ruins of the ancient cities of Klazomenai and Erythrai lie not far from the modern city of Urla, around 30 and 50 kilometers from the gates of Izmir.

Often referred to as Kilizman in Turkish literature, Klazomenai was one of the twelve cities of the Ionian Confederation and thus one of the first cities to mint silver money. The city was founded in 654 BC by Ionian settlers who, coming from Colophon, Plius and Cleonae, saw the right place on the peninsula for building a new city. Shortly after its founding, there were several attacks by the Lydian king Alyates II.

Just a few decades later, the entire town was then relocated to the island off the coast, as it was hoped that this would provide better protection against raids and, above all, against the ever advancing Persians. Around 387 BC, Klazomenai, along with other cities of the Ionian League, was conquered by the Persians. Later, however, the island was connected to the mainland by means of a dam, so that today one has to speak of a peninsula. According to the myth, the dam project goes back to Alexander the Great. Under the Romans, Klazomenai was included in the province of Asia, but enjoyed a special position: Klazomenai was exempt from Roman taxes.

So far ignoring the reference to Klazomenai 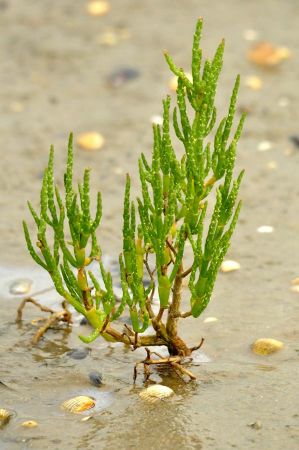 We had been around Urla a number of times, including using the coastal road towards Cesmealti, but ignoring the reference to Klazomenai. Now we deliberately drove the coastal road that leads from Güzelbahce to the peninsula, because we wanted to use the approach to Klazomenai to deal with the selection of fresh fish at the Güzelbahce fish market, which we then bought in one of the fish markets located directly at the fish market wanted to have fish restaurants prepared. A process that may seem unusual to Europeans, but is common practice here, especially on weekends. Our choice was the Cipura, a species of sea bream known for the region, plus some Barbun, a species of red mullet that is also known for the Aegean coast, and Deniz Börülcesi, a variety of glasswort that is often prepared in a salad.

When you go shopping at the fish market, you tell the seller the name of the restaurant, so that you can sit there a little later. One of the restaurant employees then collects the selected and gutted fish from the dealer and the preparation begins. A little later, salad and bread are served, so that the first hunger is satisfied. Shortly thereafter, the fish, grilled according to our wishes, arrived at our table. A delicious meal, right by the sea with a beautiful view of Izmir Bay.

After the meal we continued to Klazomenai, the birthplace of the pre-Socratic Anaxagoras (499 - 428 BC), who was best known for his publications "On Nature". Another famous citizen who originally came from Klazomenai was Heraclides of Klazomenai, an Athens-based Ionian who, due to his position of trust at the Persian court of the Great King Darius, was later able to provide valuable services to the Greeks in Athens and thus held important offices of state. The sophist Skopelianos also lived in Klazomenai at the end of the first century AD.

However, little remains of the once flourishing town of Klazomenai. Remains of Attic ceramics and the torso of a female statue, the so-called Kore of Klazomenai, have been found during excavations only recently.

The leading god figure in Klazomenai was clearly Apollo. According to the myth, Apollo, pulled by swans, always spent the winter in Klazomenai to escape the cold of the north. Klazomenai Bay has always been home to countless pairs of swans, and another myth has it that at least part of Klazomenai's name derives from the call of the wild swans.

Erythrai was a member of the League of Ionian Cities

A little later we are back in the car, because our journey is supposed to take us to Erythrai. We drive the few kilometers back to highway 300 and then along the same to Uzunkuyu, where we turn right towards Kadovacik. Near the village of Ildir lies ancient Erythrai, later also called Litri. Erythrai, too, was a member of the League of Ionian Cities and also fell under either Persian or Athenian rule. With the fall of the Pergamesian Empire, Erythrai was included as a free city (civitas libera) in the province of Asia of the Roman Empire.

From the records of the Roman historian Varo in the first century AD it can be seen that a seer named Sibylle is said to have lived in Erythrai, who, among other things, had also predicted the fall of Troy.

Only a few of the ruins of the city of Erythrai are so well preserved that further investigations are worthwhile. There are only remains of the theater on the northern slope and there are isolated remains of the once mighty city walls. As in many places, Erythrai has also been used as a quarry for the production of new buildings.

We use the remaining time of the day on the peninsula to investigate another myth, that of the giant Mimas, one of the sons of Gaia. According to the myth, Mimas was one of Zeus' opponents and was killed in battle by Hercules. According to legend, Mimas is said to be buried under the Mimas Mons, the mountain range at present-day Akdag (1,218 meters above sea level) near the town of Karaburun.

We use the scenic path towards Karaburun for some photos and decide to continue the circular route around the peninsula on the coastal road. So it goes over narrowing roads first to Hasseki, then on to Salman, where the road ends and there is only a dirt road. Here the landscape is absolutely bare. Only now and then you come across formerly Greek, but now abandoned and dilapidated villages of the last century. It is only a few kilometers from here to the Greek island of Inousses and the island of Chios behind it. The reason for so far not resettled area.

The Romans in Glossop - Doctors Gate of the Bleaklow