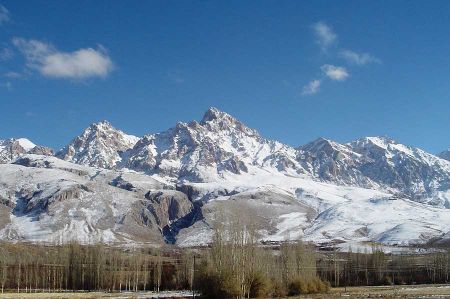 Since the current wind conditions on Karadag were not suitable for paragliding, we decided at short notice to take a day trip from Karaman to the Aladağlar Mountains.

The Aladağlar mountain range has the densest collection of mountain peaks with a height of more than 3,000 meters in the entire Taurus Mountains. One more reason to use the day to look at this collection of high mountains.

We drove on highway 350 in the direction of Eregli, then turned right onto the E90 in the direction of Adana to Bozanti. We had chosen the route drawn as a scenic route via Kamisli, Camardi and Elmali in the direction of Nigde on the map, as it was supposed to lead us directly along some of the high peaks. So it went along Ecemis Cay up into the mountains. And our map didn't promise too much, because the entire region of the Aladağlar Mountains has been a national park since 1995 and is therefore particularly protected - and beautiful!

3,000 meter high peaks line the path of our journey

From Yelatan you already had a wonderful view of the second highest peak, which was covered in snow and glittered in the sun, the Kaldi Dagi with its proud 3,734 meters. The highest peak is the Demirkazik Tepe at 3,756 m, also occasionally called Aladag ("God's Mountain"), which is best viewed directly from the village of Demirkazik. Other peaks are the Kizilkaya (3,725 meters), the Torasan Dagi (3,374 meters), the Suzus Tepe (3,276 meters) and the Karanfil Dağı (3,059 m). 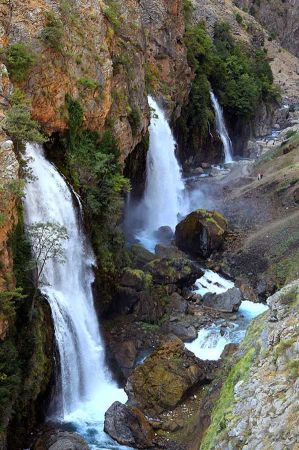 The Kapuzbaşı waterfalls, which are among the most unusual waterfalls in all of Turkey, offer a very special attraction: The seven waterfalls seem to gush straight out of the rock. and thats the way it is. Over the millennia, the mountain water has found its way down from the lakes through the porous rock and emerges from the mountain at an almost horizontal rock. Above that, dry, brittle rocks, underneath sparkling fresh spring water. Of course, this water can be used as drinking water.

Unfortunately the day is coming to an end too early and so we drive back to Karaman via Nigde. We will certainly come to the Aladağlar Mountains again when the opportunity arises. 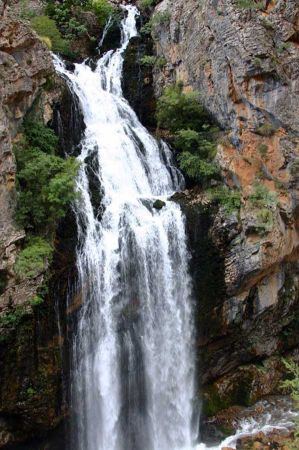 Nature offers the most beautiful panorama if you can travel in it or, better yet, hike, because the Aladağlar Mountains are open to mountaineers. The first ascent was made by the German Georg Kühne in 1927.

The Yedigöller (Seven Lakes), which are a popular destination for tours lasting several days, are located at an altitude of around 3100 m. The landscape around the Aladağlar is characterized by karst forms such as sinkholes, poljes and waterfalls, which are attractive for tourists, but hardly developed. Most of the visitors come from Adana, Kayseri or Niğde.