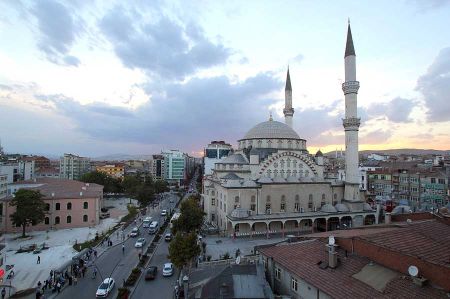 The region around Elazığ, like the surrounding districts of Bingöl, Tunceli, Malatya and in the South of Diyarbakır, has a long history, traces of settlement are around 5000 years old. (Image source Klaus-Peter Simon - own work CC BY-SA 3.0)

Since little attention has been paid to the history so far, only a few finds are known that prove this background. The Hittites called this region Izzuwa. between the 12th and 7th century BC the region around Elazığ belonged to Urartu. Some settlements and mountain fortresses, such as the Palu Fortress or the Harput Fortress, date from this period. After that Elazığ fell to the Medes, then to the Persians, the Romans, the Byzantines and the Arabs. Elâzığ was initially just a hamlet with a few houses on the waterfront of a small lake near the town of Harput.

Elazığ and the invasion of the Turks 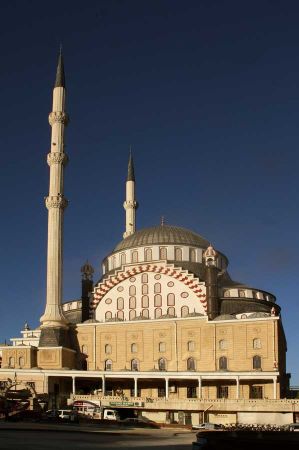 After the invasion of Turkish ethnic groups, the region came under the Turkish Çubukoğulları dynasty in 1085. In 1234, Elazığ fell to the Seljuks. Already 10 years later the Mongolian Ilkhan dynasty conquered Elazığ from Iran. In 1363 the Dulkadiroğullar ruled, in 1465 the Turkmen Akkoyunlular and from 1516 the Ottomans. In 1834 the centre of the province was relocated from Harput City to Elazığ City. (Image source Michael Lucan, License: CC-BY 3.0)

The local Ottoman governor (Vali), Reşid Mehmed Pascha, expanded the hamlet into a city. Some barracks, a hospital and a governor's seat were built under Sultan Abdülaziz. In 1866 the city was renamed Mamûret'ül-Azîz in honour of Sultan Abdülaziz and his five-year reign. The name means "enriched by Abdülaziz". In 1878 three districts were separated from the Diyarbekir province and the new Mamûret'ül-Azîz province was founded.

Turks, Kurds and Zazas live in Elâzığ. There was a large Armenian community up until World War I, but it fell victim to the Armenian genocide in 1915.

Elazığ has been an independent province since 1921. The most important event in the first years of the Republic was the capture of the city on February 24, 1925 by insurgent troops in the Sheikh Said uprising. It remained in the hands of the insurgents until the end of June.

Until 1937 the city and province was called Mamuret el-Aziz (city built by Aziz), as the new city was built under the Ottoman Sultan Abdul-Aziz.

At the first census in 1927, the city had fewer than 20,000 inhabitants. In 1934 it was connected to the railway network. The name Mamûret'ül-Azîz was shortened to Elâzîz. In November 1937, the Council of Ministers renamed the city Elazık, which was changed to the current form Elâzığ in December 1937. In 1936 it was temporarily the administrative seat of two provinces, since the newly created Tunceli province was also administered from Elâzîz. The population grew rapidly, and in 1970 more than 100,000 residents were registered for the first time. 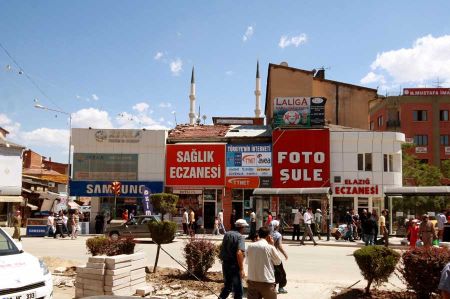 Elâzığ was then called Agavat mezrası. The central district (Merkez) Elazığ is pretty much in the middle of the province. In the west it borders on the Baskil and Keban districts, in the north on the Pertek district of the Tunceli province, in the west on the districts of Kovancılar, Palu and Maden and on the Sivrice district in the south. In the north and east, the water surface of the Keban Dam (total area about 675 km²) form the borders. (Image source Michael Lucan, License: CC-BY 3.0)

The city of Elazığ today is at an altitude of 1060 meters, the province has a total area of ​​9281 km². 826 km² of this area alone are water bodies, as Elazığ has a large number of reservoirs for water storage and electricity generation. The largest reservoirs are the Keban and Karakaya Reservoirs on the Euphrates River, the Kralkızı Reservoir on the Tigris River and the Özlüce Reservoir on the Peri River. There are also some natural lakes such as Hazar Lake with a size of 86 km².

Elazığ Province has a population of 541,258 people as per the 2007 census. The population consists of Zazas, Kurds and Turks. The Alevis are a minority. In the 1970s, there were hard clashes between Sunnis and Alevis on the Ramadan holidays. More than 1,000 people were killed in these clashes. Many Alevis living in Elazığ come from the neighbouring province of Tunceli.

Since Elâzığ is a relatively young city, there are no old buildings. Most of the buildings listed here are in Harput.

We have 349 guests and no members online