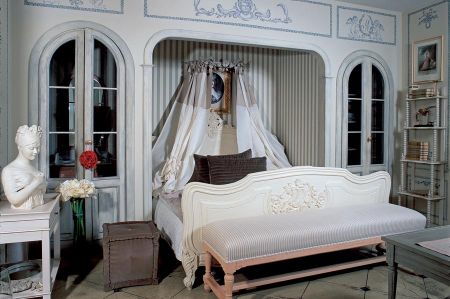 Guesthouse or Pension are accommodations offer limited service but less expensive than a full-service hotels. They are a type of accommodation that is mostly operated by family-run companies.

Boutique hotel is a term popularized in North America and the United Kingdom to describe intimate, usually luxurious or quirky hotel environments. Boutique hotels differentiate themselves from larger chain / branded hotels and motels by providing personalized accommodation and services / facilities. Sometimes known as "design hotels" or "lifestyle hotels", boutique hotels began appearing in the 1980s in major cities like London, New York, and San Francisco. Typically boutique hotels are furnished in a themed, stylish and / or aspirational manner. They usually are considerably smaller than mainstream hotels, often ranging from 3 to 50 guest rooms.

Boutique hotels are always individual and are therefore extremely unlikely to be found amongst the homogeneity of large chain hotel groups. Guest rooms and suites may be fitted with telephon and Wi-Fi Internet, air-conditioning, honesty bars and often cable/pay TV.Guest services are often attended to by 24-hour hotel staff. Many boutique hotels have on-site dining facilities, and the majority offer bars and lounges that may also be open to the general public.

Despite this definition, the popularity of the boutique term and concept has led to some confusion about the term. Boutique hotels have typically been unique properties operated by individuals or companies with a small collection. However, their successes have prompted multi-national hotel companies to try to establish their own brands in order to capture a market share.

The concept of boutique or design hotels has spread throughout the world, including European countries like Spain and Turkey, and East Asian countries such as Thailand, where many boutique or design hotels are sprouting, especially in resort locations, such as Phuket and Hua Hin. Other Far Eastern cities in which boutique and design hotels are becoming increasingly popular include Bangkok, Singapore, Malaysia and Hong Kong. Boutique hotels are even appearing in such places as Indonesia, mainland China, Iceland and Peru demonstrating that the concept has penetrated beyond the typical design capitals of the world and is entering new markets.